In trouble at Magdalene
Augmentation out of control

Invisible Maureen witnesses an initiation at Sigma Epsilon Chi that makes the Omega initiation in Apsinthion Protocol look like a merry little romp (if you discount the SWAT team raid at the end, anyway).  What is going on here?

Well, if you’ve ever been unfortunate enough to have to go one of those corporate training thingies where you do “trust exercises” like falling backwards and trusting your colleagues to catch you (good luck!) then you might have something of the flavor of it.  Want to prove your trust, Kyra?  Well, here’s an exercise where you can really prove it.

Because what Kyra’s having done to her here, well… Let me put it this way: 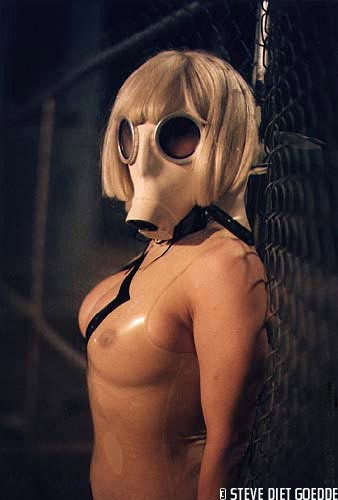 it can’t plausibly be described as anything other than dangerous.    Unlike humanity’s evidently-endless number of paternalists and pokenoses I regard it as no part of my remit in this world to dictate to other grown-ups what they may and mayn’t do with themselves.   But I am obliged to point out that responsible people more knowledgeable than I about practices like the one depicted just cannot be done very safely.  Autoerotic asphixia is believed to have killed the pioneering cartoonist Vaughn Bodé and the actor David Carradine and might kill as many as 1000 people in the U.S. alone.  So it’s not to be trifled with, by any stretch of the imagination.

But… considering at least just the fictional context here, the danger might be the point.  If you really want to signal to someone just how amazingly comitted you are to some group or cause, wouldn’t the fact that your signal is not just costly, but really scary and dangerous for you, make it all the more effective?

One thought on “Girl, suspended”