The last horrid child to fall into a near-death trap is Mike Teavee, who’s a little too much into television.

The setup is this.  Wonka has created a mad science technology that allows him to break down a physical object into tiny components and transmitted to a remote location — in effect, something like Star Trek‘s transporter device, save that it’s not really meant for people.  Wonka wants it simply to transmit chocolate bars to people’s TV sets — a form of advertising, you see.

In the 1971 adaptation, Mike is a little overly fascinated by the prospect of being on television. 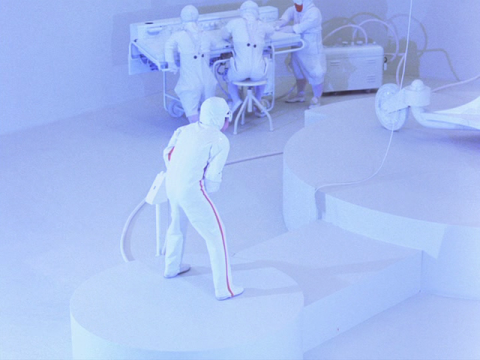 And this has a rather dangerous outcome. 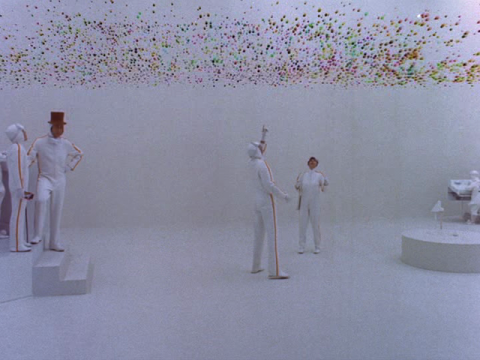 In the end, Mike does end up reassembled.  Sort of.  The outcome of the process will be the subject of tomorrow’s post.

I’m pretty sure that I saw this scene as a child well before I ever saw an episode of Star Trek or any other use of a matter transporter in fiction.  Was I impressed?  Well, look around what I write:  what is the Apsinthion Protocol is a process of being broken down and re-assembled, here imagined as a sort of very elaborate sex machine.  More obliquely, the strange process Iris goes through is a kind of disassembly and reassembly.  The unnamed native girl in the ethnographic film footage watched by Maureen is disassembled, not to be reassembled exactly, but perhaps to be apotheosized.    And of course, my own response to the “how do you want to die?” question posed to me by W. in the Thaumatophile Manifesto involves my own participation in a self-inflicted transporter accident.

The 2005 adaptation of the same scene involves the use of a visual meme that should be familiar to readers of this blog. 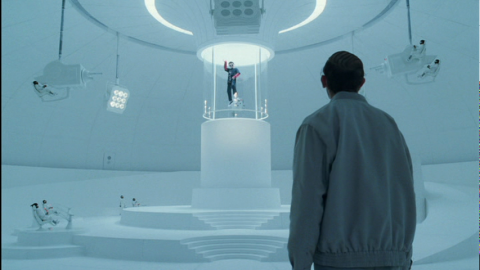 But perhaps more interesting is the change in Mike’s motivation in this scene, which deserves, and will get, its own post.