Where does the name “apsinthion protocol” come from?

Well, from ἀψίνθιον (apsinthion) of course.  It’s the Greek word for wormwood, Artemisia absinthium. which among other things, is the key ingredient in the spirit known as absinthe.  Professor Joseph Corwin, though nominally some kind of psychologist, is also a bit of a Hellenist >manqué who knows that sort of thing.  So it’s not surprising that he should apply the name to his process for reducing a girl into “the most precious of liquors.”

Now it’s hardly surprising that a mad scientist should focus on absinthe as the spirit of choice.  Wine and beer are probably both older than recorded human history itself.  Whiskey and brandy are probably of medieval origin, while gin is an early modern, most likely seventeenth-century product.  But absinthe is a product of the early industrial age, probably first produced in 1792 by a physician.  It’s creation is thus closely contemporary with the work of Alessandro Volta on “animal electricity” and thus with Mary Shelley’s inspiration for Frankenstein. Only connect… 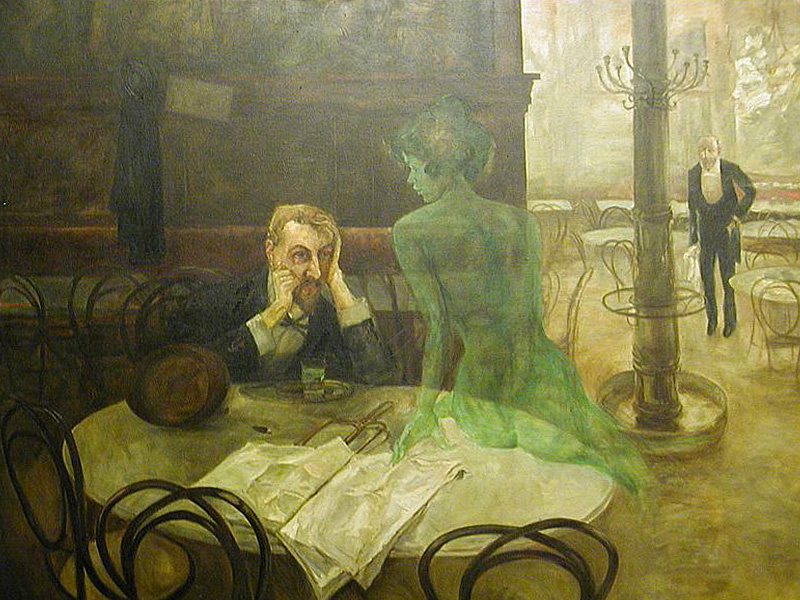 with no small appeal. 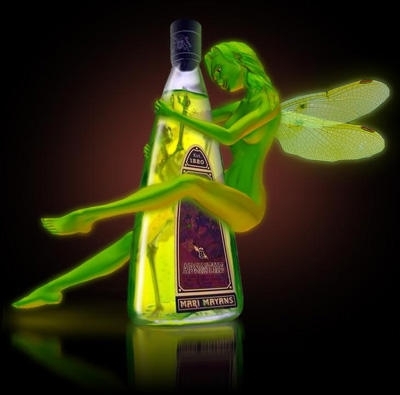 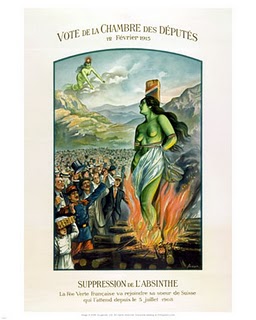 The Green Fairy was banned for a long time, even in the countries was distilled.  The wormwood used to make her allegedly contained a dangerous narcotic, but more likely the ban (at least in France) was a form of industrial protectionism for French winemakers.  (That’s the way it so often is, isn’t it?  “For our own good” is a way of lining others’ pockets.) The ban itself at least was an occasion for some interesting art lampooning authoritarian politics, as in the example to the right, commemorating the ban in Switzerland, which followed that in France.  Here the Green Fairy is burned at the stake (her French sister awaits her in heaven).

But there’s a happy ending here, which is that the Green Fairy is now legal again in most juristictions, even the United States.  So I’ll note in passing a favorite brand, “La Capricieuse,” distilled by Claude-Alain Bugnon at Artemisia Distillerie Artisanale, which combines not only wicked potency but one of the most beautiful labels in the spirits world. 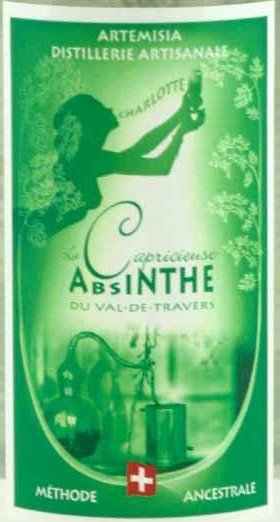 Not available (yet?) in the United States, although her milder (but still sexy) sister La Clandestine is.  Santé!