Sometimes catching little snippets of a sci-fi story is highly evocative, perhaps even more so that the story itself.  I had something of that experience a few months back when Bacchus at ErosBlog sent me a link to this posting of an oddity over at the online fanzineShowcase.

The point of the posting is to show us something form an old British magazine called Zeta, published in 1968. 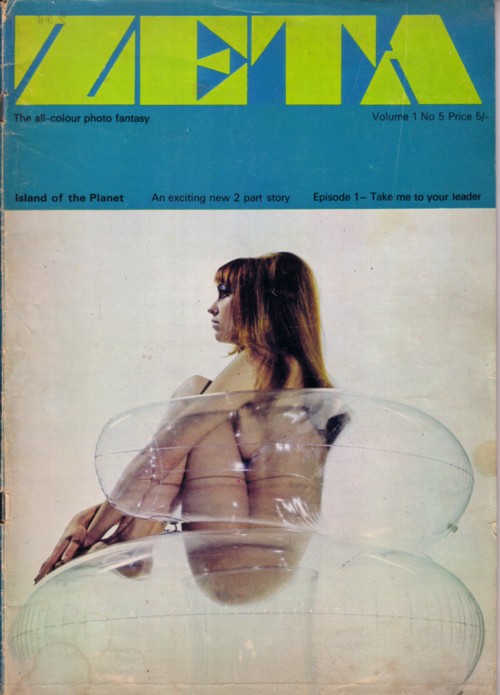 This issue was devoted to a weird science fiction story.  It was hard to make much sense of the story from the post (probably because the story didn’t make a huge amount of sense to begin with) but there were some intriguing text-image combinations, including one of a woman in a machine: 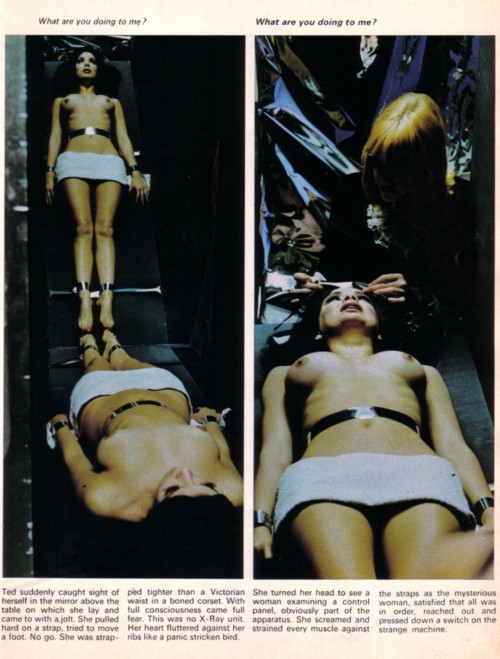 And I hope that perhaps it can also be the basis for beginning to fill in the story you like.