Dr. Strangeways feels no small dismay when whatever rogue government operation he’s ultimately working for decides to dispose of his experimental material, but that’s an occupational hazard of being a mad scientist on Uncle Sam’s payroll.  Dr. Faustus, on the other hand, delights in the image of naked girls, suspended in their tubes of nutritive and respirative fluid.  That’s real mad science for you, and squee for the thaumatophile.  (It’s also an opportunity to get the sinister Frau Kupler and her operation back into the plot, and set up more mischief, which will be coming in future scripts.)

Whence this peculiar image?  There are many possible sources and precedents, which I’ll discuss in this and future posts, but the one that stands out most in my imagination is from a typically whacked-out Hong Kong movie, a live action version of a Japanese animated movie called Wicked City.

There are different races of humans and non-humans occupying parallel dimensions and villainous monsters and some kind of terrible super-drug and doomed inter-species love and…oh, I give up.  I can’t really make that much sense of it, but there is a scene in which a non-human character named Gaye, played by the lovely Michelle Reis, gets captured by the human authorities and suspended in a tube full of fluid for some reason.  I’m mean, I’m sure it was vital to, uh, National Security or something that she be naked and on display. 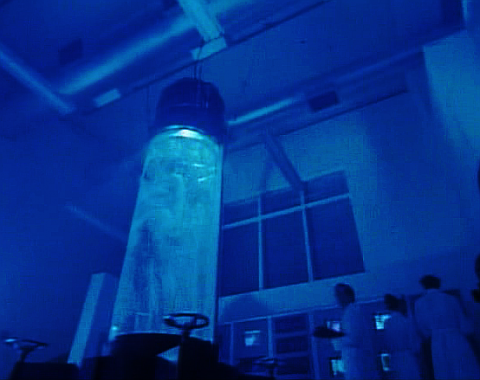 I’ve done my best with the images, which are blurry and poorly lit in the film.  We do get one close-up. 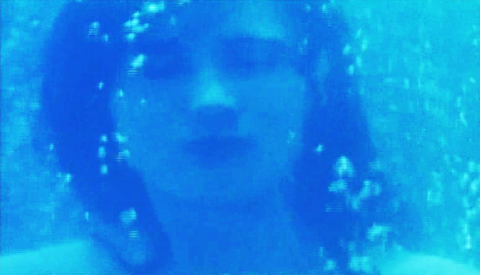 Unlike the luckless State Home inhabitants, Gaye does get liberated in rather spectacular fashion, when her boyfriend shows up, punches out the technician on duty, and shatters the tube. 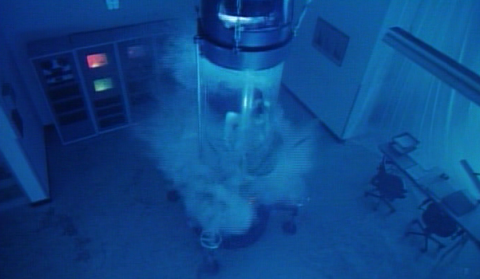 Depositing Gaye on the floor.  If you ask nice, I might just post a picture of that as well.

It didn’t influence the writing of the scene, but I was tickled to find the tireless Drake over at Medusarrific (issue #33, p. 15) diverted momentarily from his more typical set of stories of beautiful women who unexpectedly turn into stone, plastic, or gold statues to explore the girls-in-tubes theme.  He even hit the mad science theme right on the money. 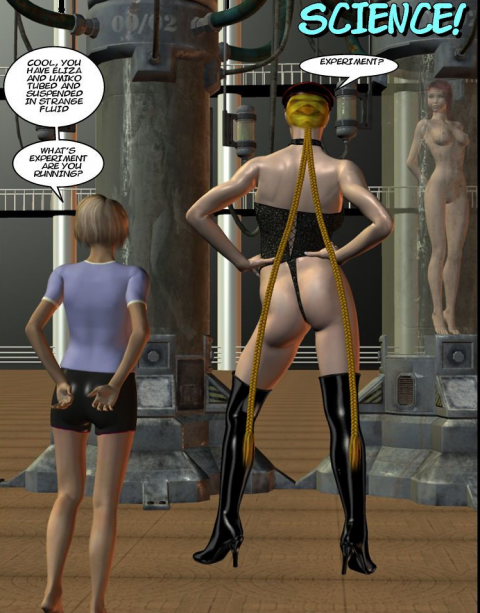 I won’t provide an enlarged version here — I encourage you to visit Medusarrific for that.