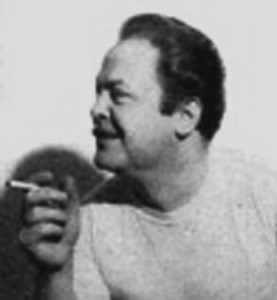 The cover of Weird Tales, February 1938, done by prolific pulp artist Virgil Finlay (1914 – 1971), and depicted at left.   A win for the thaumatophile:  Weird Tales was were much of H.P. Lovecraft‘s work first appeared.   The story it illustrates is part of Seabury Quinn‘s “Jules de Grandin” series of occult detective stories.

It’s exquisite (I think) by pulp cover standards.  I love the way the central figure appears to glow; and her attitude recalls that of Ashley Madder at the end.  An anticipation of cryonics?  I can’t say — the nearest libraries that are likely to contain the story are a good hour’s travel away from my personal mad lab.  But someday perhaps I’ll find out. 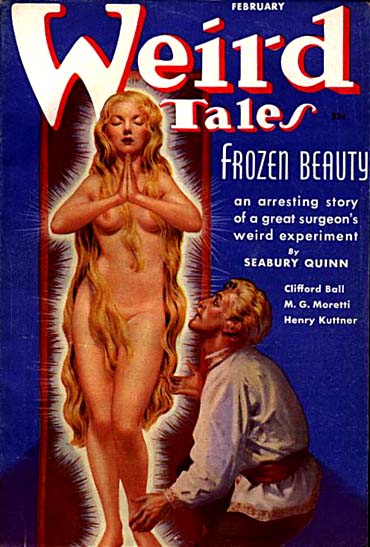 Found in a gallery at this French-language site.