A cover from a bande dessinée adulte series called Luciféra, about which I know very little, except that it appears to have run from 1972 to 1980 and was published by a company called Elvifrance to which French-language Wikipedia attributes “une réputation sulfureuse.” I wonder why. 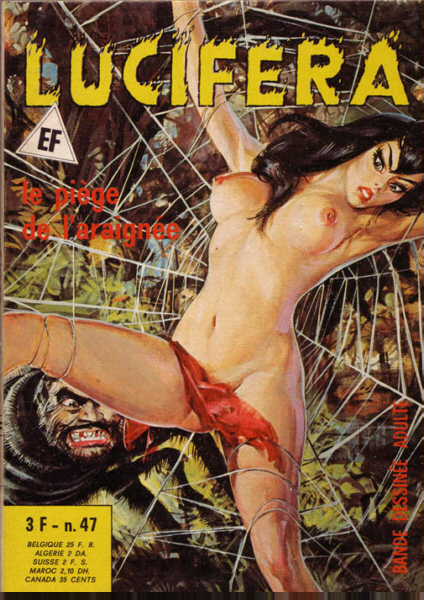