Some of you might have encountered writer and film buff Steve Miller’s 150 Movies to Die before You See, which sure sounds like the sort of thing someone who reads this site should have on his shelf.  Well, I am pleased to report that this distinguished reviewer has not just a site, but a whole darn network of sites of reviews and commentary and very tasty imagery well worth your time if you like what goes on here.  There’s Terror Titans (horror movies), Watching the Detectives (hard-boiled private eye and spy stuff), Movies to Die Before You See (pretty much self-explanatory), The Universal Horror Archive (lot of horror, including some classic mad science), and Shades of Gray (black and white fantasy art, which should be appealing to those of you who enjoy Lon’s fine black and white work on Tales of Gnosis College).   From the last, I can’t resist a swipe of some splendid mad science found there, an illustration by Bruce Timm. 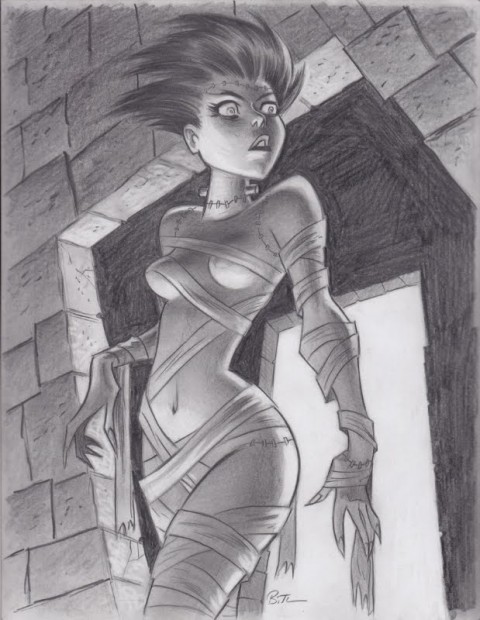 And all this wonderfulness is packaged up for you at Cinema Steve, which now occupies a place of honor over on the blogroll.  Do something nice for yourself and surf over to take a look.