The Tales of Gnosis College only begin with The Apsinthion Protocol, and while those later stories are reaching their conclusion here, Lon and I are already hard at work on the next set, a four-story anthology called Study Abroad. To whet your appetites for those stories, I’m presenting some preview materials, including some of Lon’s rather luscious character design work.

Here we have Bridget O’Brian, a self-described “nice Irish Catholic girl” who finds herself in dressed in a way the nice nuns at her parochial high school might have looked askance at. 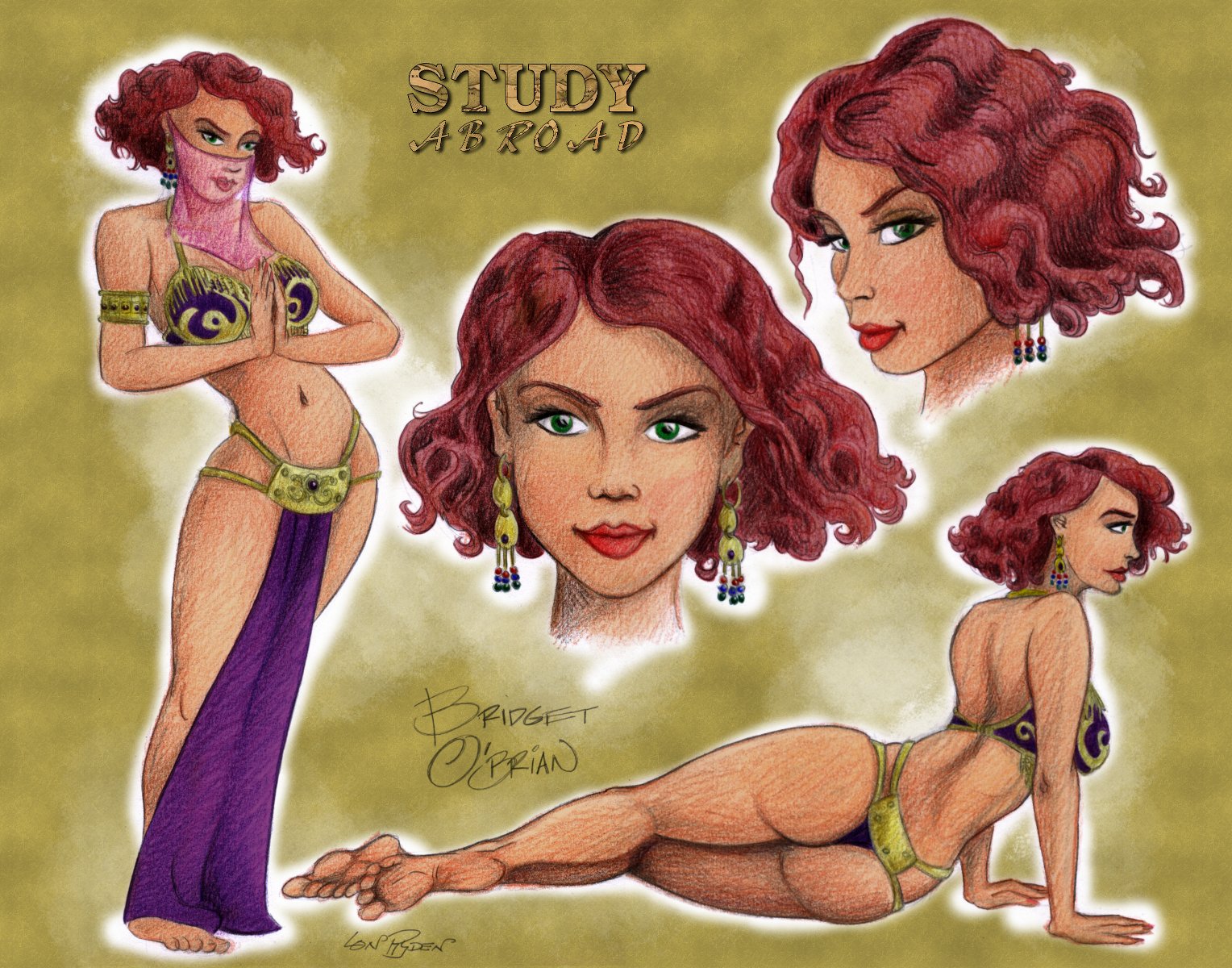 Bridget O’Brian Character Design written and commissioned by Dr. Faustus of EroticMadScience.com and drawn by Lon Ryden is published under a Creative Commons Attribution-NonCommercial-NoDerivs 3.0 Unported License.)

A bit more of Bridget coming early next week!