Over the last several months this site has been dominated by The Tales of Gnosis College, and I expect that this comic is going to continue to appear for quite some time to come. I’m proud of it, but I do want this site to be more than just it. I’m ever on the lookout for ways to increase the mad-science color and variety of the site. So while it is going to continue to appear here on its regular roughly-a-page-a-day schedule, I’m also going to try an experiment of pulling favorite images from the virtual archive I’ve built up there. I’ll be reproducing images, along with as much of their provenance I can find and as much of their original accompanying text as I think reasonable. Additional snarky commentary may be added at no extra charge, of course.

So, with no extra ado, the first image. Appropriately for a site that features The Apsinthion Protocol, it is a highly artistic example of liquid girl. The original post is here. 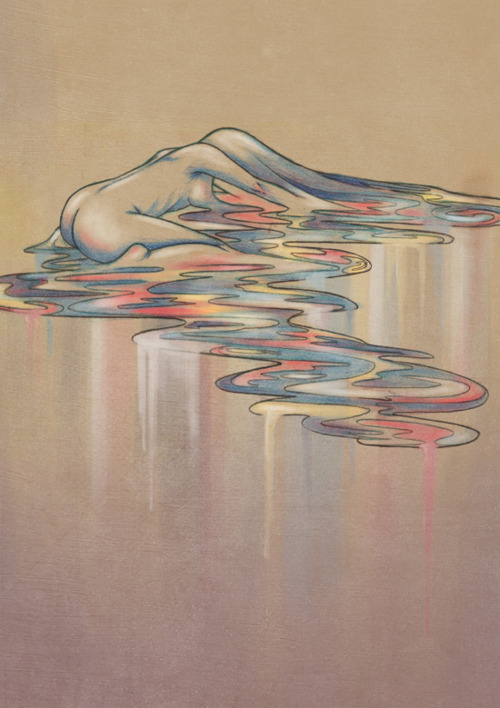 Fading Into Colours by Mayumi Haryoto