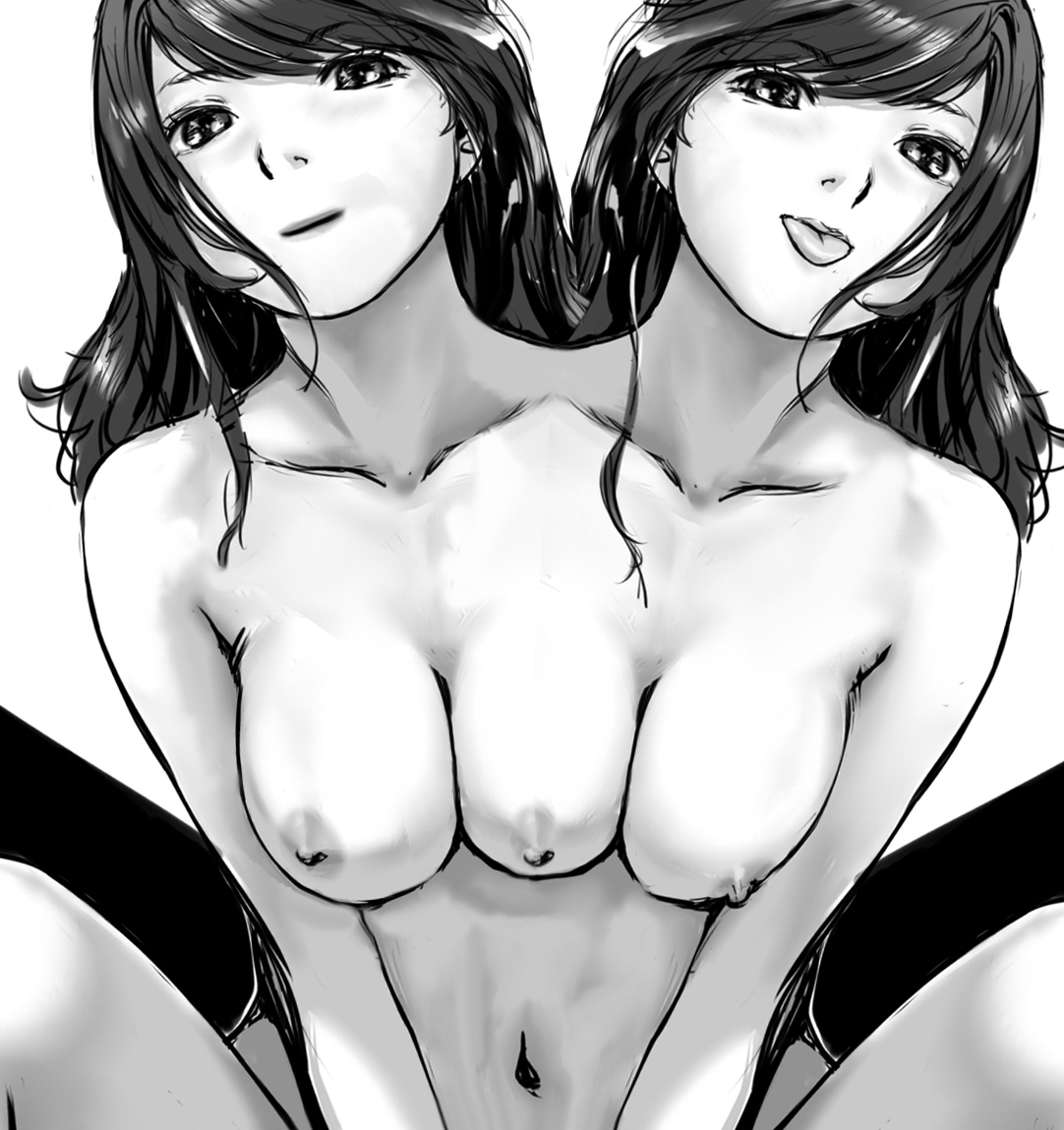 Sourced to For all your /d/ needs.

I have not been able to identify an artist for this image but the earliest appearances I could find on the Internet date to 2010 and 2011.

Let us start (for interest) at the home of the Multiple Breast Galleries:

Among many other interesting things, that page contains links to five pages of something called “the Dunno Gallery”. The fourth gallery (with a 2010 date) contains your image:

These galleries date from 2001 to 2013 and the images in them are a wild mixture of photomanipulations, manga, anime, and computer art of all kinds. I’d say this Dunno character has been collecting for a long time, but it was at first unclear whether he did all (or any) of the image creation or manipulations. Here are several other examples of conjoined (two heads, three breasts) from the Dunno galleries:

Moving on, your image also appears on Gelbooru, showing as uploader (you guessed it!) “TheDunno” in 2011:

The “conjoined” tag there offers access to a considerable variety of art of similar theme:

Seeing “Dunno” associated with this image a second time engaged my suspicions, and sure enough, it turns out this character has a DeviantArt profile:

Here he showcases a great many “conjoined” artworks which he presents as “photomanipulations” and “P’shop drawings”. His album contains many of the same images shown at the “Dunno Galleries”, but does *not* include any of the older, more primitive photoshop works from there. It also doesn’t seem to include your image, so I’m not sure whether it should be attributed to him, or not. I suppose one could ask him…

Finally, I’ll offer one more online gallery where your image appears in company with other “conjoined” artworks:

My reason for including it: this three-breasted, two-headed “goo girl”: