I wish I knew more about the story that this panel would have originally been a part of. Original post here. 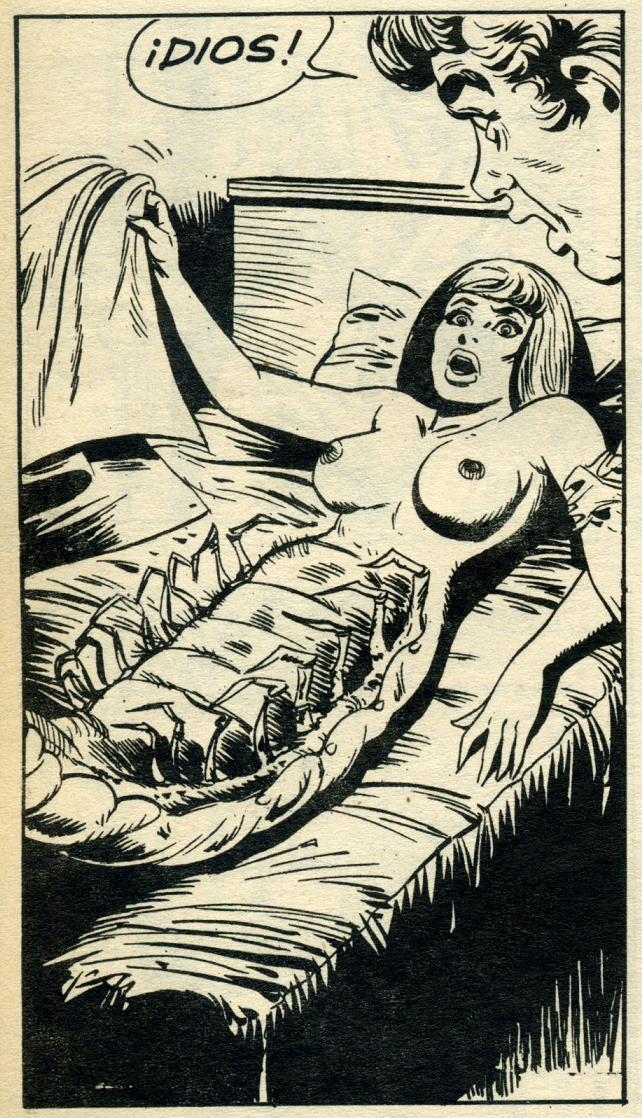 The originating post in the tumblr stream for your image tagged it “Sukia #15”:

“Sukia 15” appears to be the name and issue number of an 1978 Italian “fumetto per adulti” comic published by Edifumetto:

A cover for the same issue number in a Spanish language edition (different cover image, cover says “comic para adultos”) can be found here, along with a different sample image from your “insect woman” storyline:

Here is another link attributing your image to Sukia #15:

I was able to find an apparently well-seeded but exceedingly sluggish torrent file that includes the Spanish-language version of Sukia #15. (File name is: Sukia 015_Esp_AdComic.pdf) That allowed me to conclusively confirm that your image is indeed from Sukia #15:

In the Spanish edition, the story your image is from is called “La Devoradorah de Cerebros” which Google Translate renders as “Brain-Eater”. And indeed, after waking up in her insect state after eating some sort of insect-egg contaminated fish, our heroine does indeed eat the brains of at least three different people, starting with her mother…