We Must Boost the Signal: Concept Art I
Tumblr favorite #821: Rocketing off II

Continuing with art for “We Must Boost the Signal” we have a contribution from the much-admired Frans Mensink which fairly sizzles, even if there’s no nudity (at least, as that term is normally understood). Young brain scientist Dr. Hope Montclair is allowed to visit a mysterious government laboratory, where a terrifying secret is revealed. (The G-man in the picture is named Macneil, as is thus a metafictional link to the Tales of Gnosis College.) For those of you following the script, it’s roughly Page 22,Panel One. For those of you who just like the pictures, you can download a very large (~23MB) high-definition version of the picture by clicking through the one that appears on this blog. 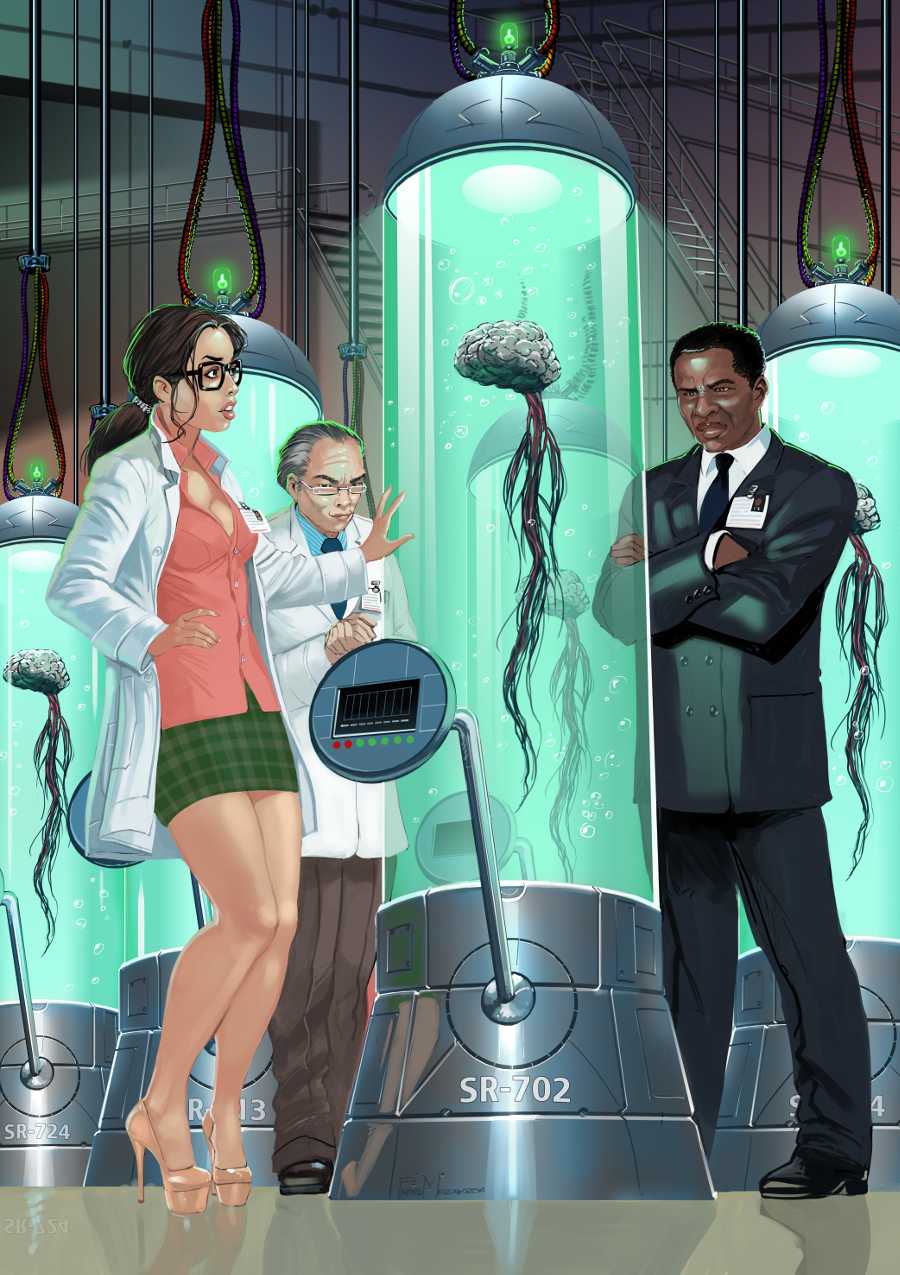 “Hope Montclair Sees the Brains” is published under a Creative Commons Attribution-NonCommercial-ShareAlike 4.0 International License. It was commissioned by Iago Faustus and executed by Frans Mensink.

2 thoughts on “We Must Boost the Signal: Concept Art II”