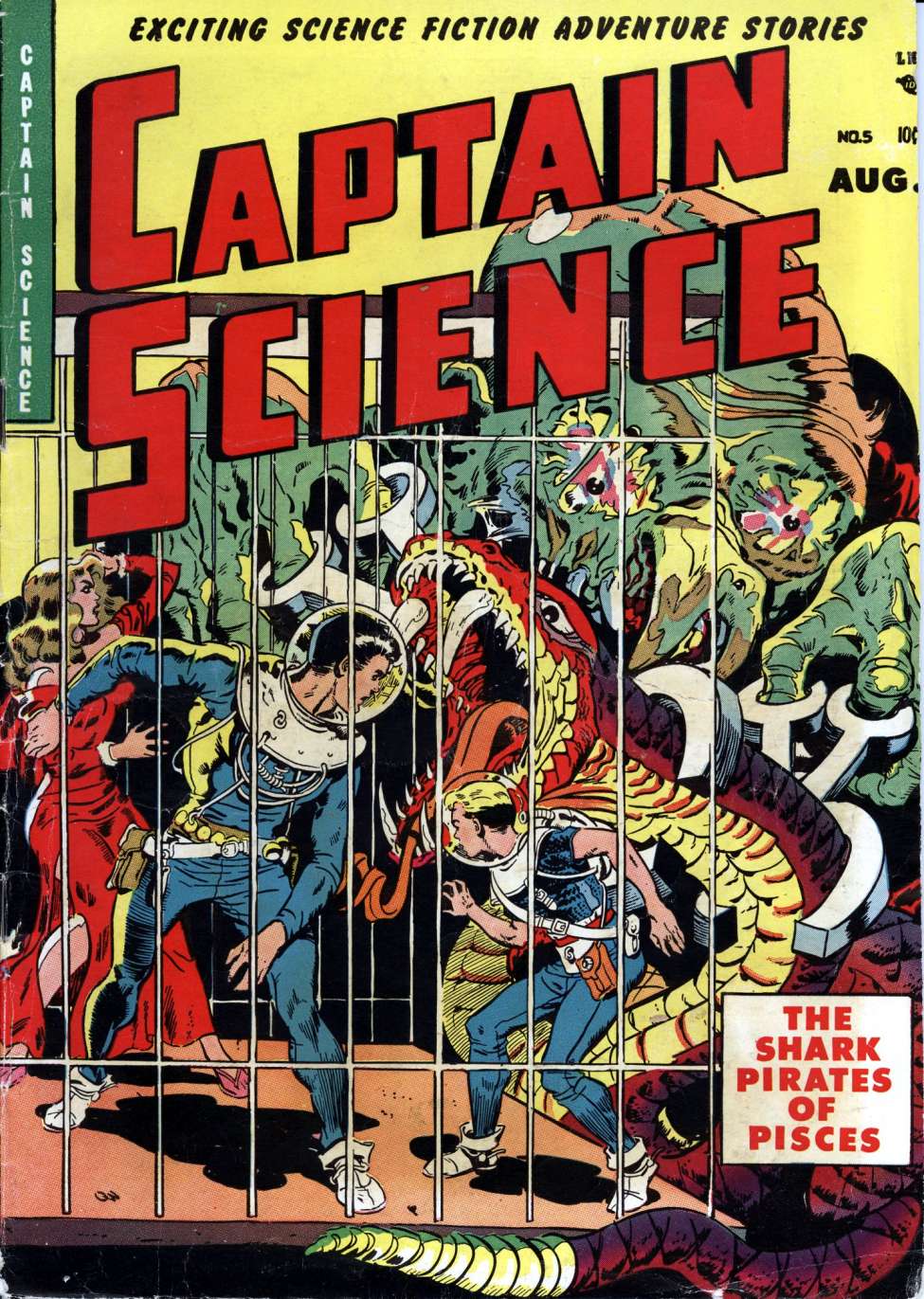 Seeing what I must presume is Captain Science’s boy sidekick so prominently featured on this cover, my recollection cannot help but drift back to a snippet of dialog from Michael Chabon’s The Amazing Adventures of Kavalier and Clay. A bunch of old comics hands is sitting in a diner in mid-century Manhattan, discussing a certain editor and his predilections.

“I have to agree with that,” said Gold. “He’s got that thing with the sidekicks. It’s like an obsession with him. Have you noticed that? He takes over a character, first thing he does, no matter what, he gives the guy a little pal. After he came back to the business, he was at Gold Star, doing the Phantom Stallion. All of a sudden the Stallion’s hanging around with this kid, what was his name? Buck something.”

“Buckskin. The kid gunslingher. Then he goes to Olympic, and what, now the Lumberjack has Timber Lad. The Rectifier gets Little Mack the Boy Enforcer.”

“The Rectifier, that already sounds a little bit–“

“Then he comes to Pharaoh, and all of a sudden its the Argonaut and Jason. The Lone Wolf and Cubby. Christ, he even gave a sidekick to the Lone Wolf.”