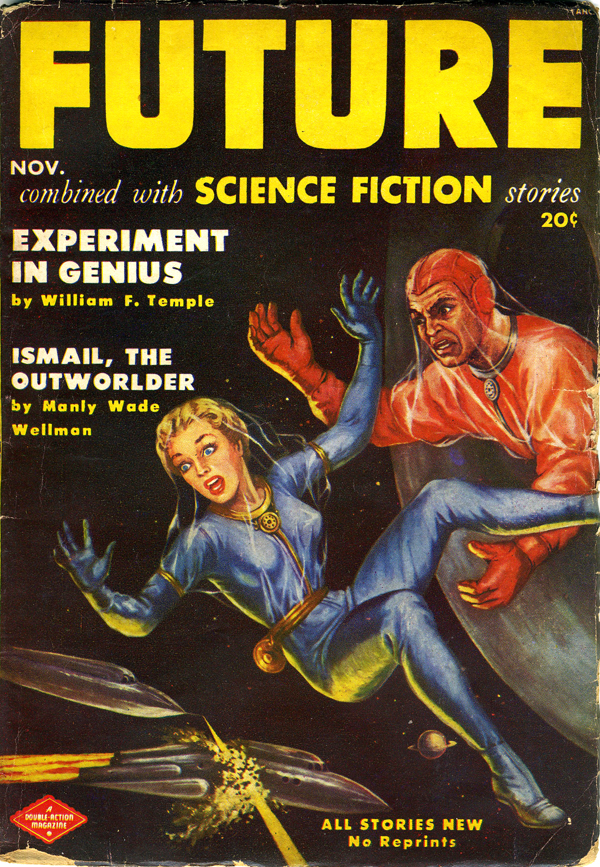 My original tumblr post was here. This cover has its origins on tumblr at udhcmh and ws brought to us via hubungus. The original text by udhcmh:

What better way to start the New Year than with a visit to The Future?

Cover illustrates “Voices in the Void” by Milton Lesser. Reese, a warp engineer, suffers from a common malady of the star-faring future. In hyperspace, he is tormented by eerie, otherworldly voices. When Reese gets caught up in an insurrection on a frontier world, he’s forced to delve into the source of his problem. It’s not what you think.