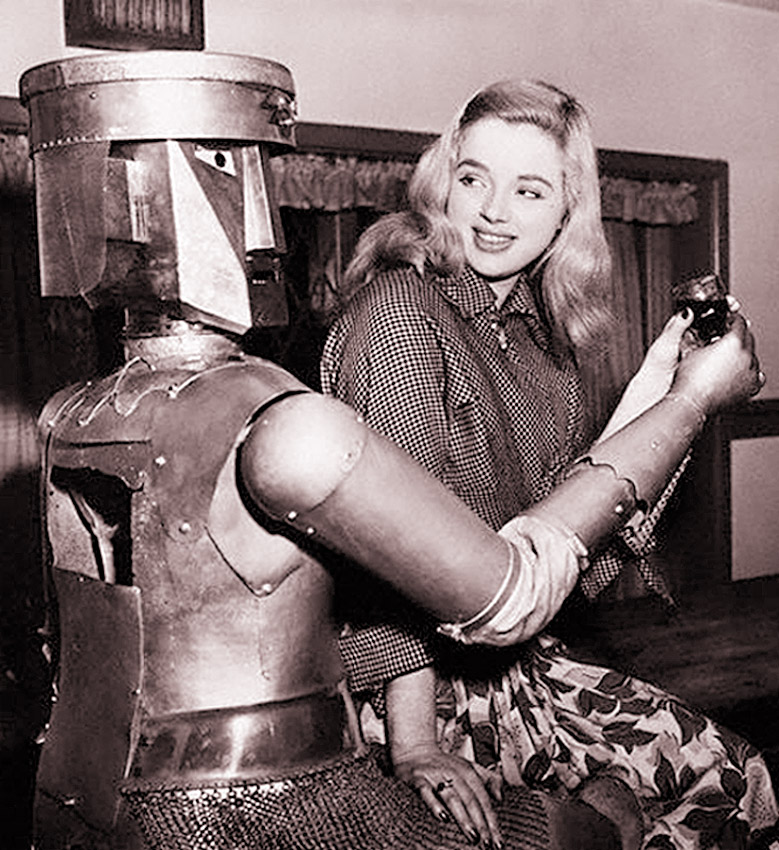 24 Feb 1952, Dunsfold, England, UK — 2/24/1952-Dunsfold, England: Tete-a-tete in the Hamilton living room co-stars Robert, the man of steel, and Diana Dors, lovely film and television star. One of Robert’s few bad features is that he’s a bit cumbersome. The ingenious robot, built by Diana’s husband, Denis Hamilton, from spare parts found in the cellar, weighs in at a mere 330 pounds. — Image by © Bettmann/CORBIS

My original tumblr post was here. This image was first posted on tumblr by Monsters in Love who wrote of it (a bit inaccurately) “A blonde and a robot named Eric somewhere in the Western hemisphere (1952).” it was reblogged by imperialgoogie who added “It was the best of times, it was the weirdest of times.”