Provenance research does not in this case reveal a definitive source for this image, but it goes a long way toward animating a robust theory about the nature of such a source: 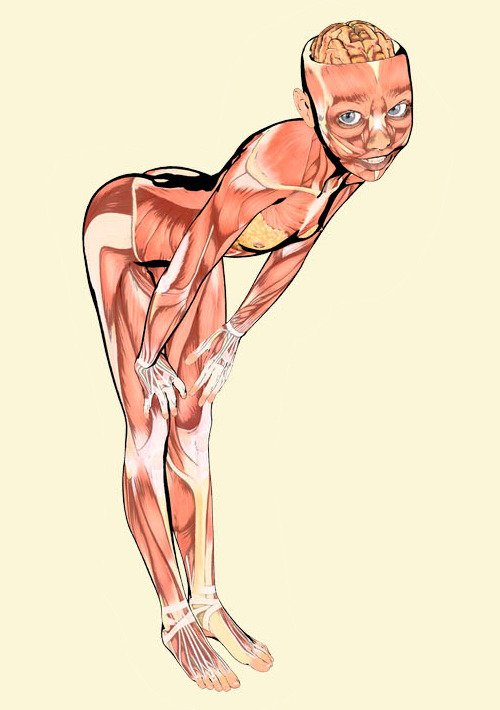 The link above bolsters the theory, I argue, by bring us essentially the same figure with the same (lack of) skin textures in two new and different poses — something that was pretty trivial to do in Poser-type software. Note that someone has superimposed standard anatomical images from Gray’s Anatomy: 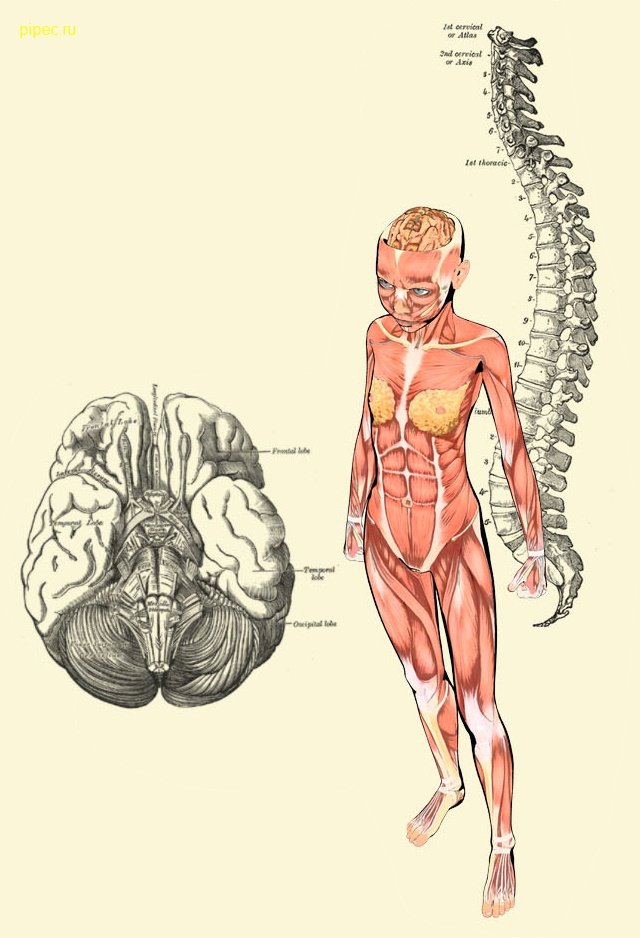 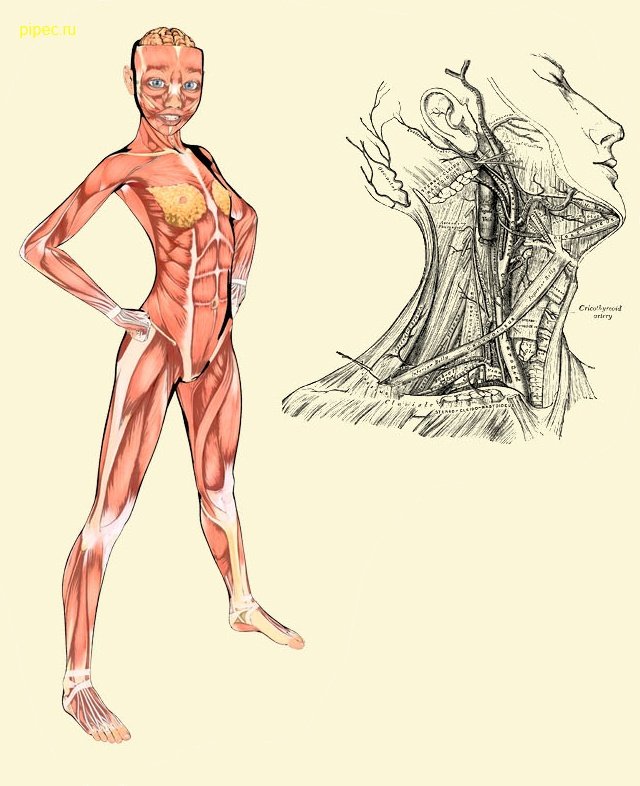 Also at the same link (not shown here for reasons of aesthetic disdain) are four more images where someone has attempted to clad the same human model/figure with skin, and with clothing textures to stand in for underwear. (They may also have contorted the model manually, beyond the poses its underlying modeling was designed to support.) This effort is artistically much less successful. I’m being polite; the results are hideous, and the most plausible explanation is that the artist was trying to stretch a software art tool beyond both its capabilities and their own.