Death and a peculiar Maiden
Grote Opdracht Brides in the Sea 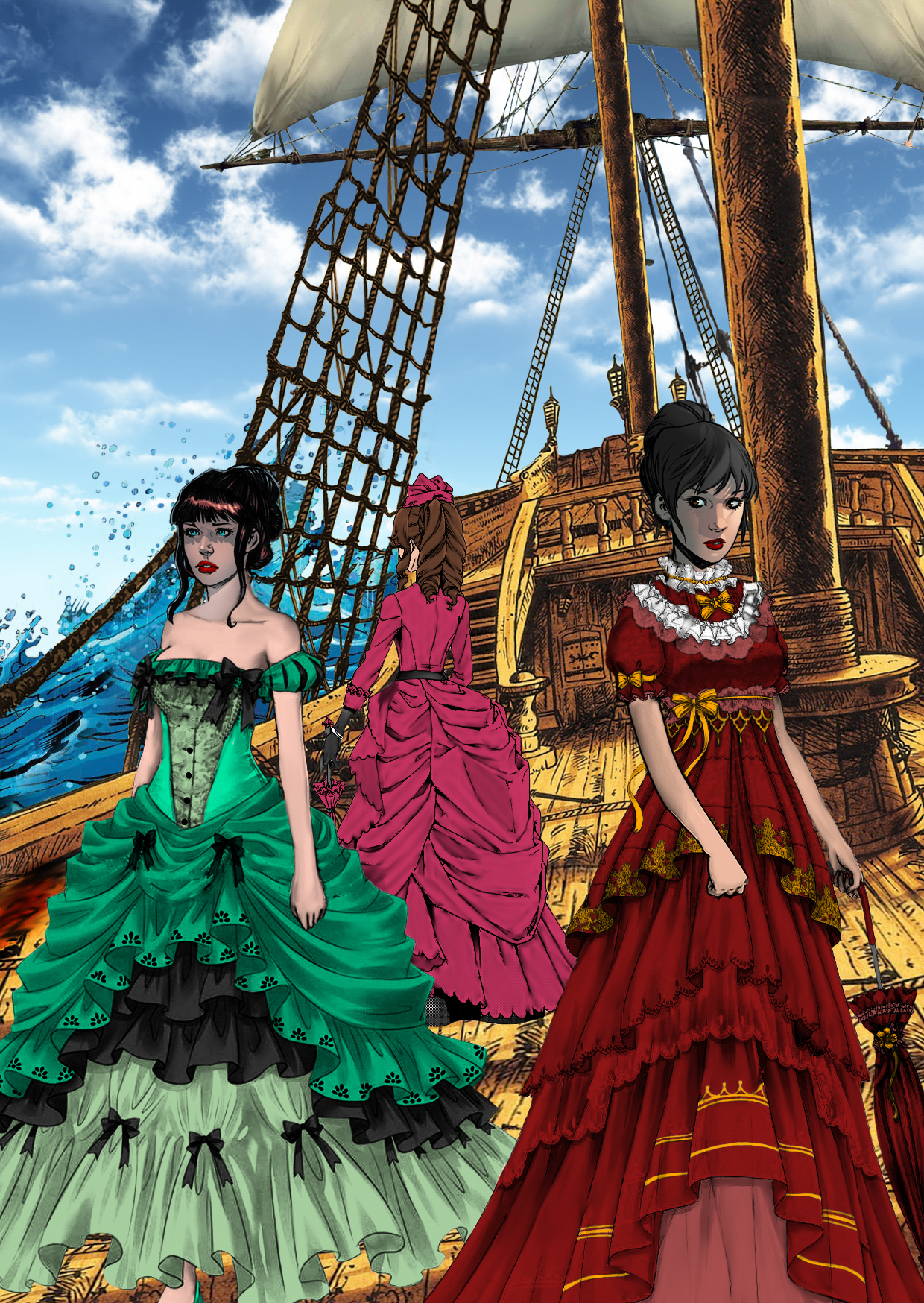 This work is licensed under a Creati11ve Commons Attribution-NonCommercial-ShareAlike 4.0 International License.

As a little celebration of the appearance of a Portuguese-language version of Bait I gave the two Brazilian artists in my regular rotation the first crack at coming up with an illustration to match the following fictional news story:

Crews operating a submersible salvage robot near the Southwest Pacific island of Motofupo made an unexpected discovery last week of the nameplate and other debris believed to have belonged to a Dutch sailing ship lost over a century ago. The Grote Opdracht had sailed from Rotterdam in early 1886 taking various cargo and passengers to the Dutch East Indies. She had made her last port of call at Singapore before sailing east with an intended destination in the Molucca Islands. She was never heard from again. That her nameplate was found so far from any plausible course she might have followed suggests that she might have been caught in a freak tropical storm and driven a long distance before finally foundering near Motofupo. The loss of the Grote Opdracht was made especially poignant by the fact that her passenger consist included several young unmarried Dutch and Flemish women, who were traveling east to be brides of Dutch colonial civil servants working in the Moluccas. This tragedy was the subject of a popular if mournful late nineteenth-century Dutch ballad “Mijn geliefde meisje slaapt in de zuidelijke zee.” (“My beloved girl sleeps in the southern sea.”).

Rafael Suzarte went first, and came up with the illustration above. Our young lovelies are still on shipboard, but there is clearly trouble brewing. He put considerable attention into the detail of this one, and I encourage you to download it for more detailed viewing.

Rafael has a professional website and can be found on Instagram. If you like his work, I encourage you to support him on Patreon, as I do.