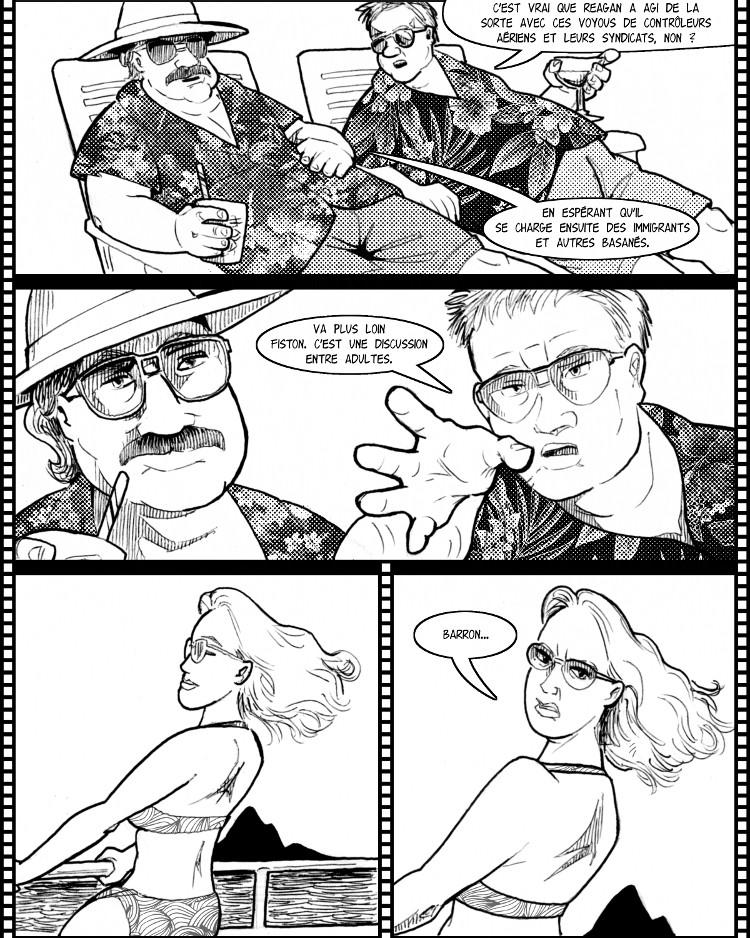 Wealthy Friend (1): President Reagan sure did a number on those air traffic control thugs and their union, eh?

Barron Sr. (2): Here’s hoping he takes on the coons and the spics next.

Panel 2: Wealthy friend is sitting up peering over his sunglasses, while Barron Sr. is waving Barron Jr. and his camera away with a gesture of his hand (indicate with motion lines).

Panel 3: Phoebe is in her bikini, leaning slightly backwards with her hands on the rail, looking forward, enjoying the sun and sea. She is also wearing sunglasses and her body glistens a bit from her having put on sunscreen.

Panel 4: Same as before, but now Phoebe is looking into Barron Jr.’s camera with an admonitory expression.