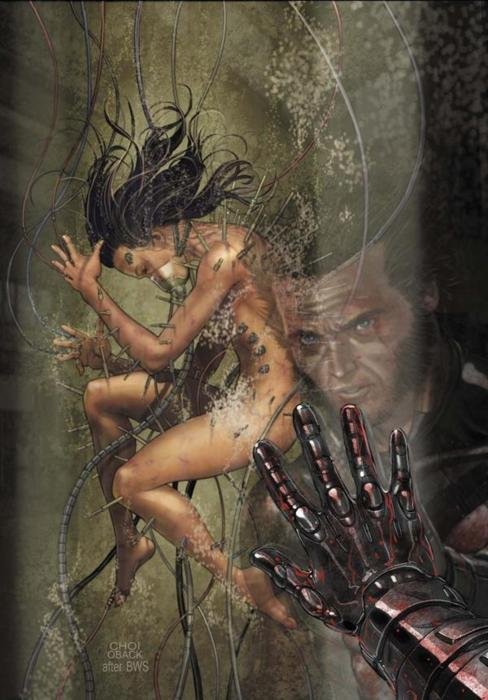 In addition to the “CHOI OBACK after BWS” legend visible on the artwork, this image was tagged “Mike Choi” and “Comic” at the Tumblr post where originally found (see below). It is the cover art from Issue #18 (2008) of the Marvel comic X-Force, featuring the Wolverine replacement and protégé character X-23, perhaps in her original cloning tank: 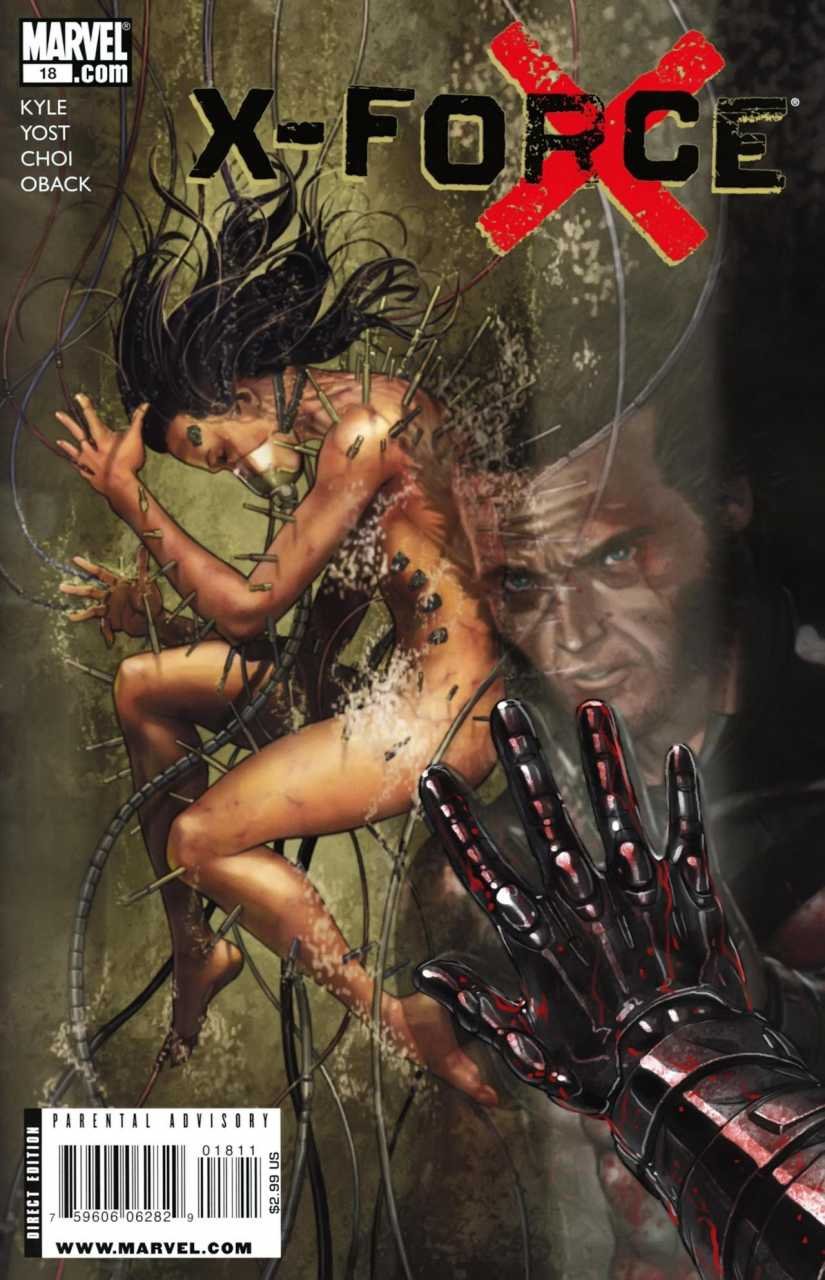 The Marvel credits under “Cover Information” list Mike Choi as “penciller” and name Sonia Oback under “other”; Comics.org has her as the colorist for this artwork.

Marvel’s summary of the story/book for which this artwork is the cover:

X-23 is missing, and as horrific as her life has been…it’s about to get worse. Elixir knows the truth about the mutant messiah. And Wolverine confronts Cyclops about his decisions leading up to the War.

This post is a reblog with added provenance from a 21 November 2013 post at Infernal Wonders. Its original source was this post at the tumblr Suspect Unknown. No Internet Archive backup link for that tumblr post exists and, post-2017, none can be made, because Tumblr censorship in the form of an exclusionary robots.txt file prevents its inclusion in the Archive.