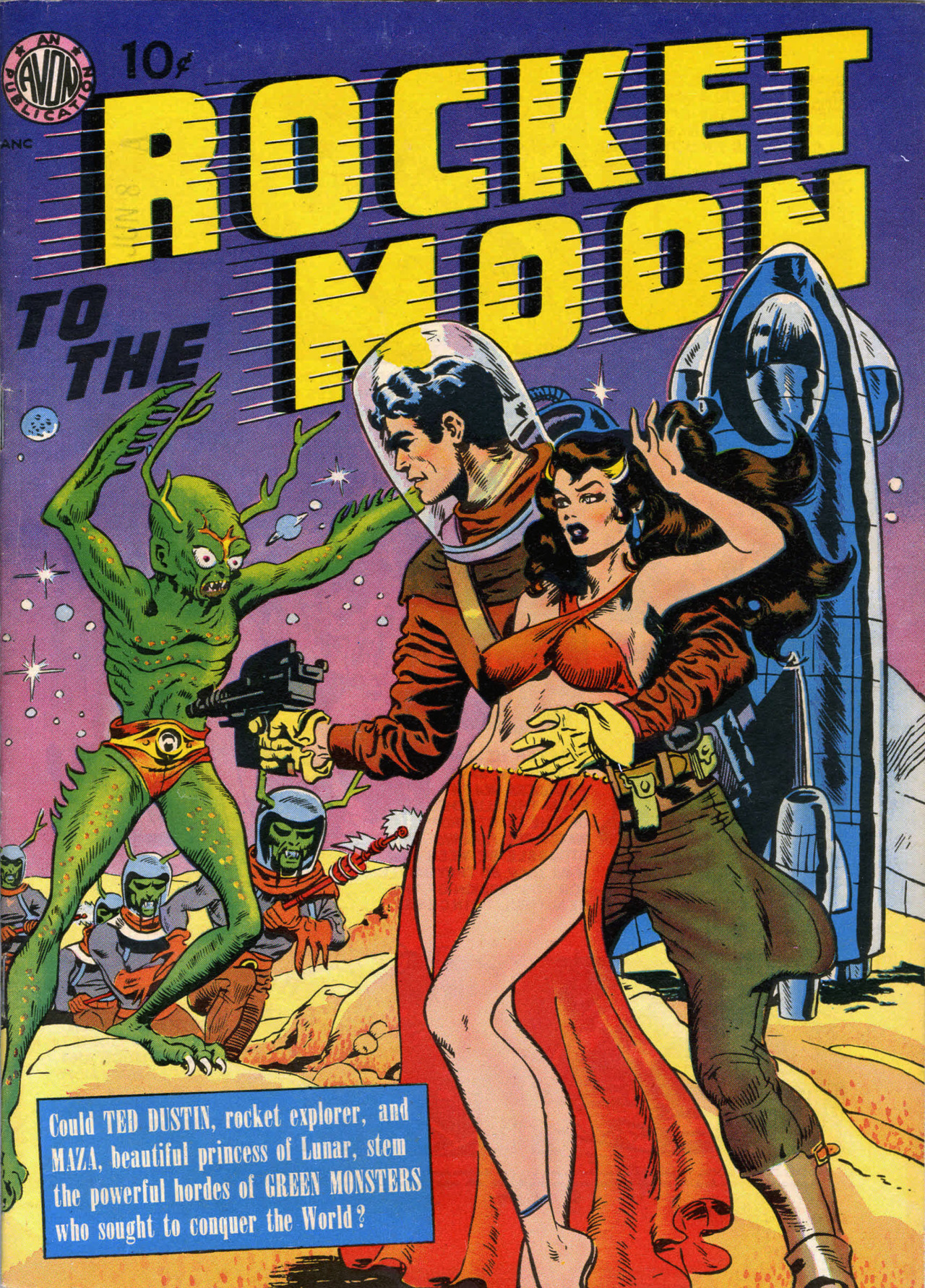 My original tumblr post was here. This comics cover “Rocket to the Moon” features the text “Could TED DUSTIN, rocket explorer, and MAZA, beautiful princess of Lunar, stem the powerful hordes of GREEN MONSTERS who sought to conquer the World?” It was originally posted by brudesworld who attributed it to “Joe Orlando, 1951.” My snarky comment in reply was “Hell, if you’re pretty enough you don’t need any spacesuit, apparently.” The image comes to us via notpulpcovers.