This disembodied monster carrying off a pretty girl is from a movie poster concept painting by Jack Thurston for the 1966 (1967 in US) movie “It!” According to this page from an auction site:

19×23″ Crescent illustration board has 10.25×16.75″ tall image area painted in tempera and signed in lead pencil at lower right “Thurston”. Striking image of Swamp Thing type character carrying terrified blond wearing only slip towards viewer. Art is bright and Exc. and extremely well done. Lower right side has small pencil note “Bill Gold Charlie Gold Agency For Warner Bros”. Note refers to poster designer Bill Gold who became head of poster design at Warner Bros. in 1947 and opened “B G Charles” with his brother to do movie promotion with Charles in Los Angeles and Bill in New York City. The 1966 film “It!” was made by Seven Arts Productions for Warner Bros and features the Golem of Prague as its main subject. The film starred Roddy McDowall, Jill Haworth, and Paul Maxwell. Herbert Leder was producer, the screenwriter and director of the film. He also directed other movies including “The Frozen Dead” in 1966. See previous item #2103. The film was first released in Great Britain in 1966 and released in the U.S. in 1967 when Seven Arts Productions acquired Warner Bros. communications company. It was released as a double bill with “The Frozen Dead” and became available on home video in 2008. Author Theodore Sturgeon did a sci-fi story titled “It” for the August 1940 issue of “Unknown” about a swamp creature roaming the country side and destroying everything in its path. Born in 1919, Jack Thurston served during WWII as a sculptor doing scale models of enemy terrain. He was an art director in Rochester and besides movie posters has also done numerous illustrations for book covers. The Jack Thurston iconic poster art of Raquel Welch in “One Million B.C.” from 1966 sold at auction for $77,675 in 2008. A superbly done painting. 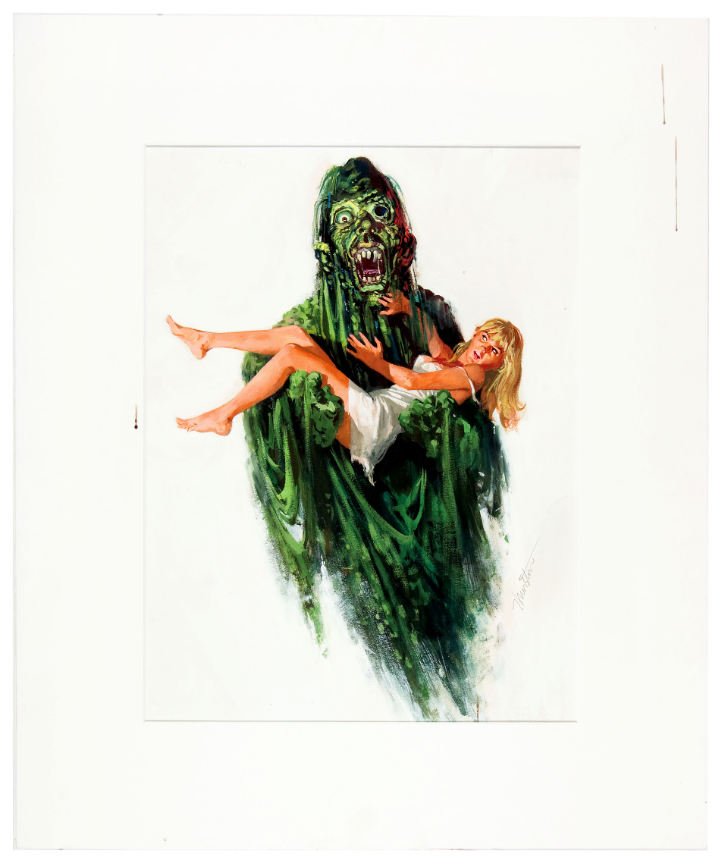 An actual promotional photo from the movie seems… somewhat less terrifying, as you might expect from a film about the most terrifying thing you’ll ever hope to get when you put a bunch of rabbis in a room and ask them to do dark magic: 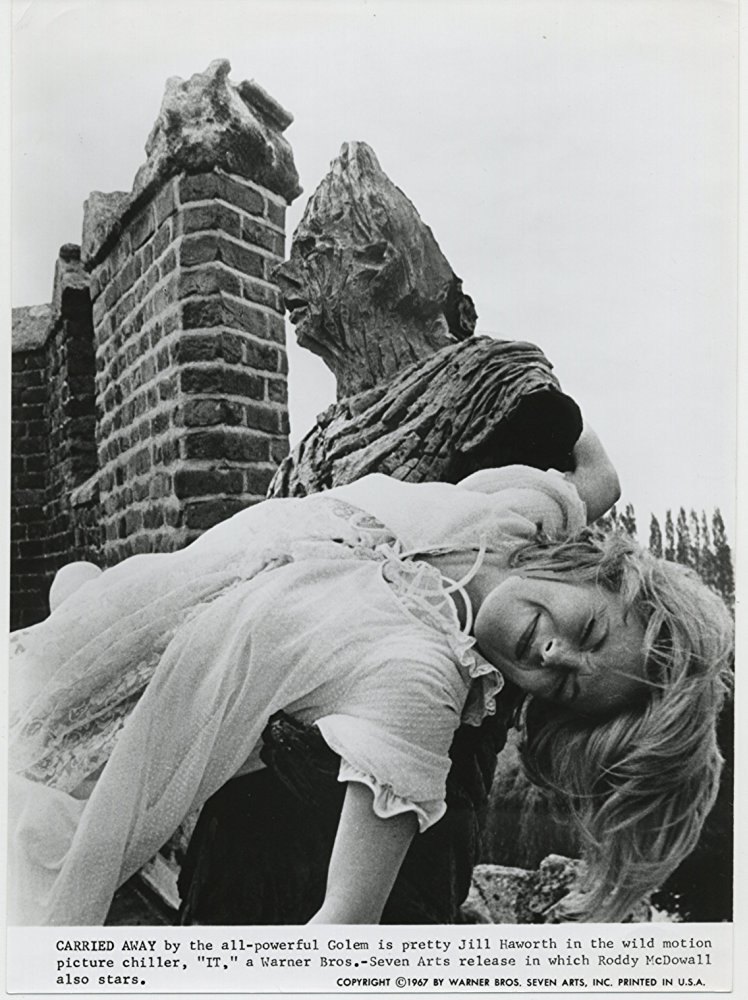 There’s a page in German here that tracks and displays half a dozen different pulp-magazine and movie-industry uses of the Thurston artwork, which doesn’t itself appear to have have ever been used to advertise the movie for which it was created. My favorite is probably this appearance of just the head on the front of an edition of Famous Monsters of Filmland, which of course this critter manifestly never was and never got to be. Anything to sell magazines, right? 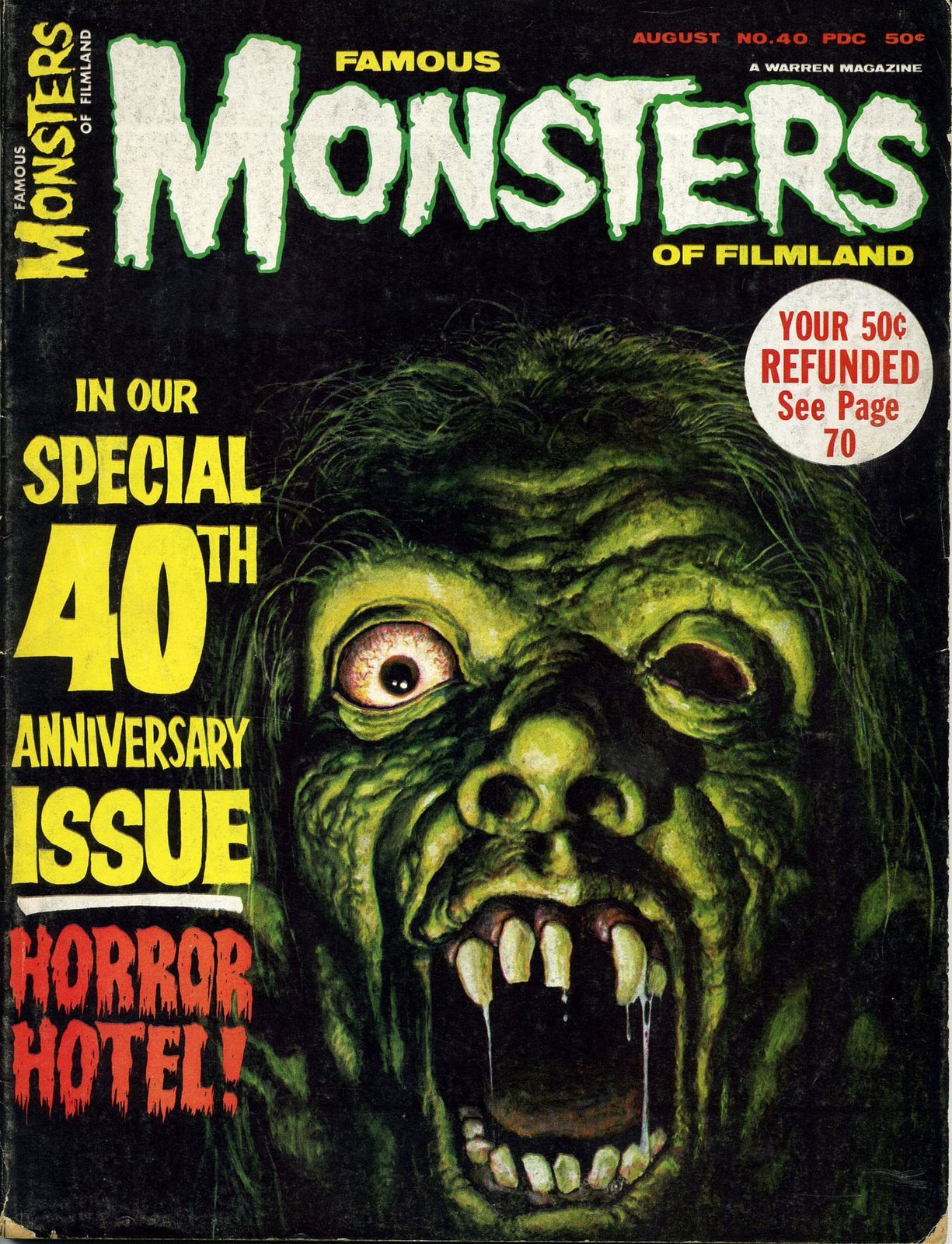 This post is a reblog with added provenance from a 16 November 2013 post at Infernal Wonders. The original image source at that time was the now long-gone and greatly-missed tumblr The World Of Doctor Orloff! (A very incomplete copy may be viewed in the Internet Archive.) 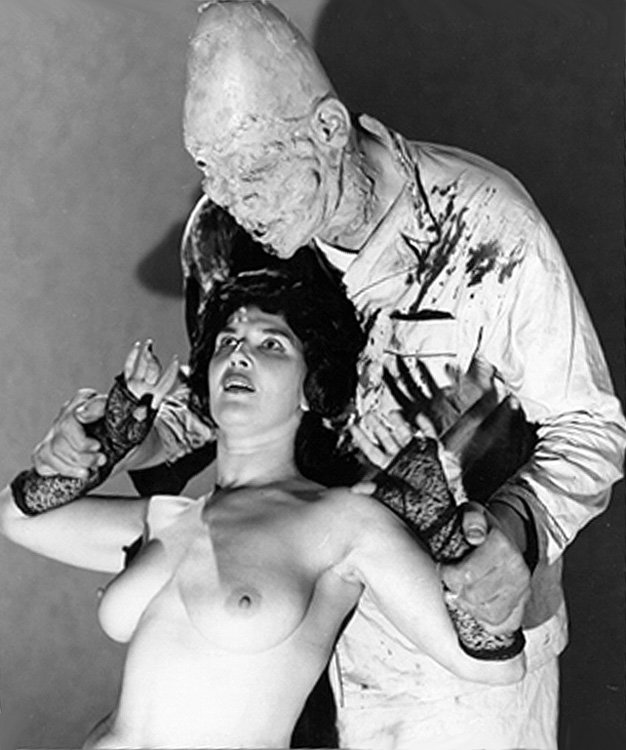 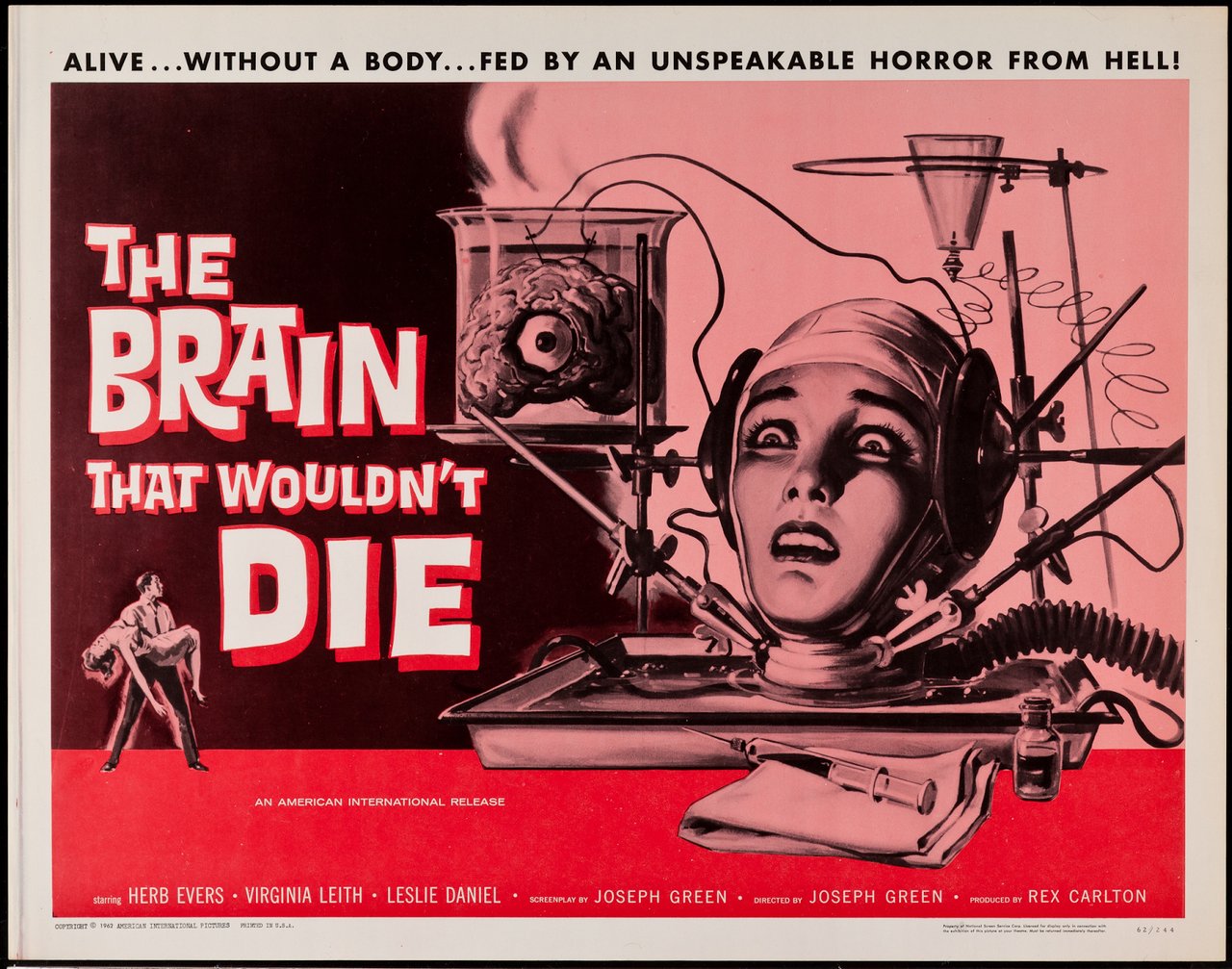 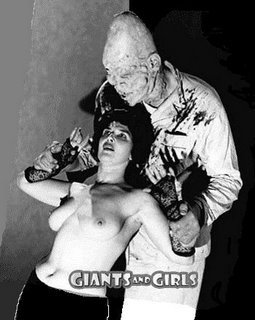 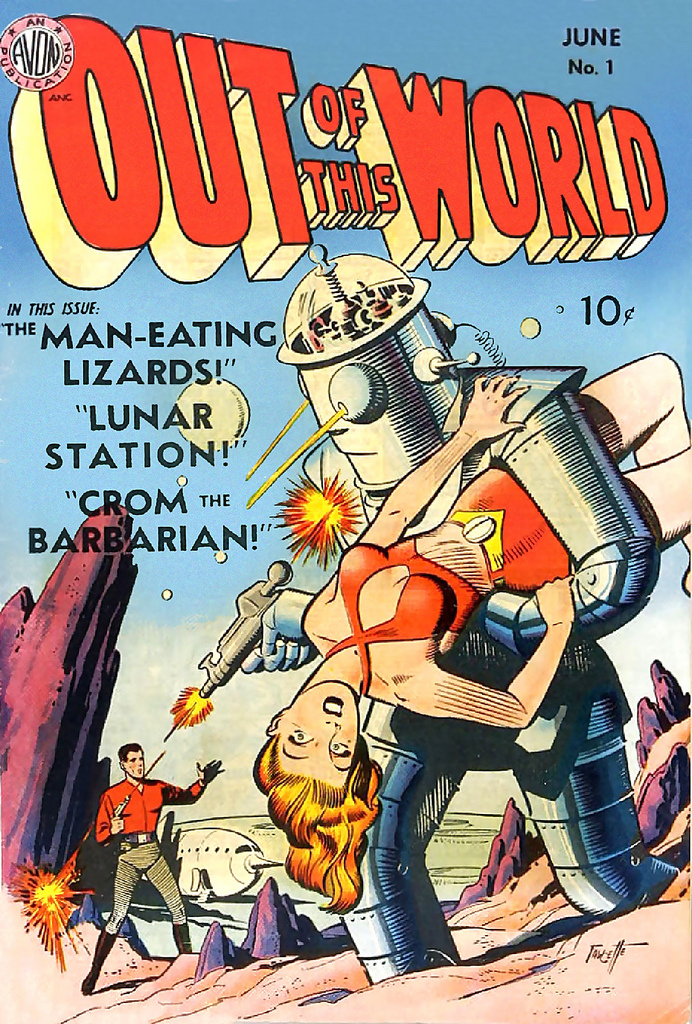 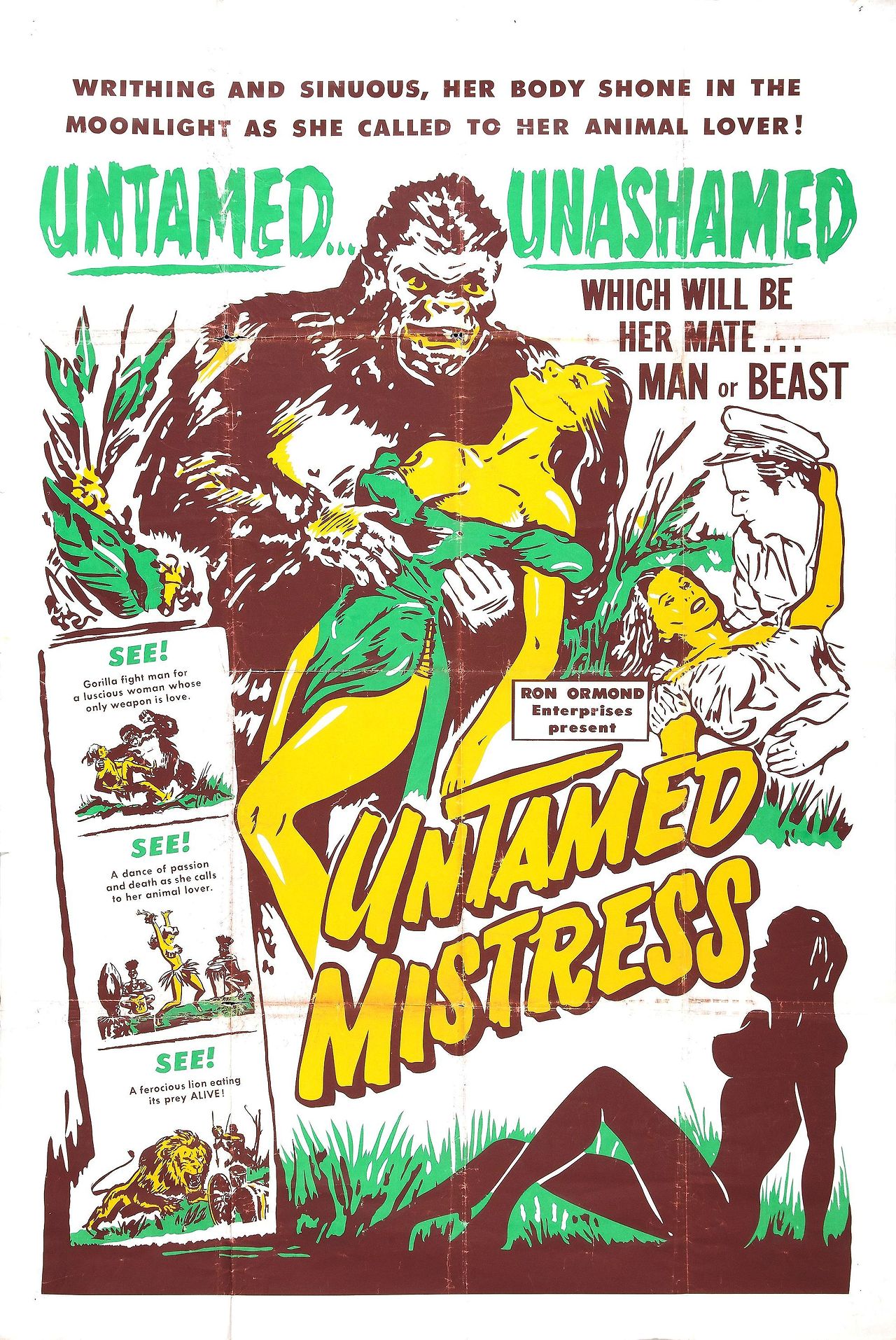 And seeming remarkably calm about it. Original post here. 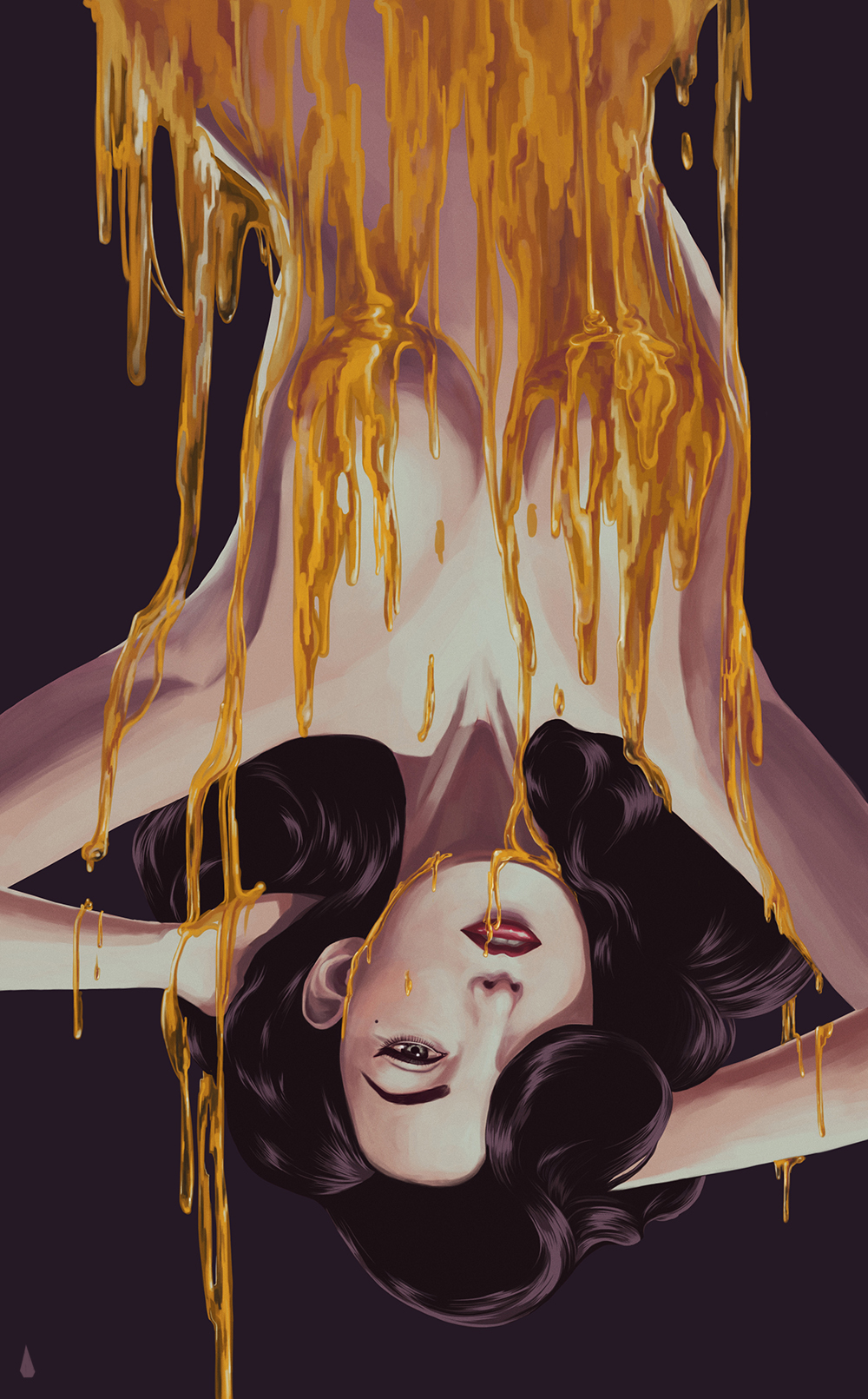 Sourced to AFA – art for adults via girlveal.