I don’t doubt that Mother Superior Euphemia is quite happy to play host to a number of new girls on the grounds that she so firmly controls. 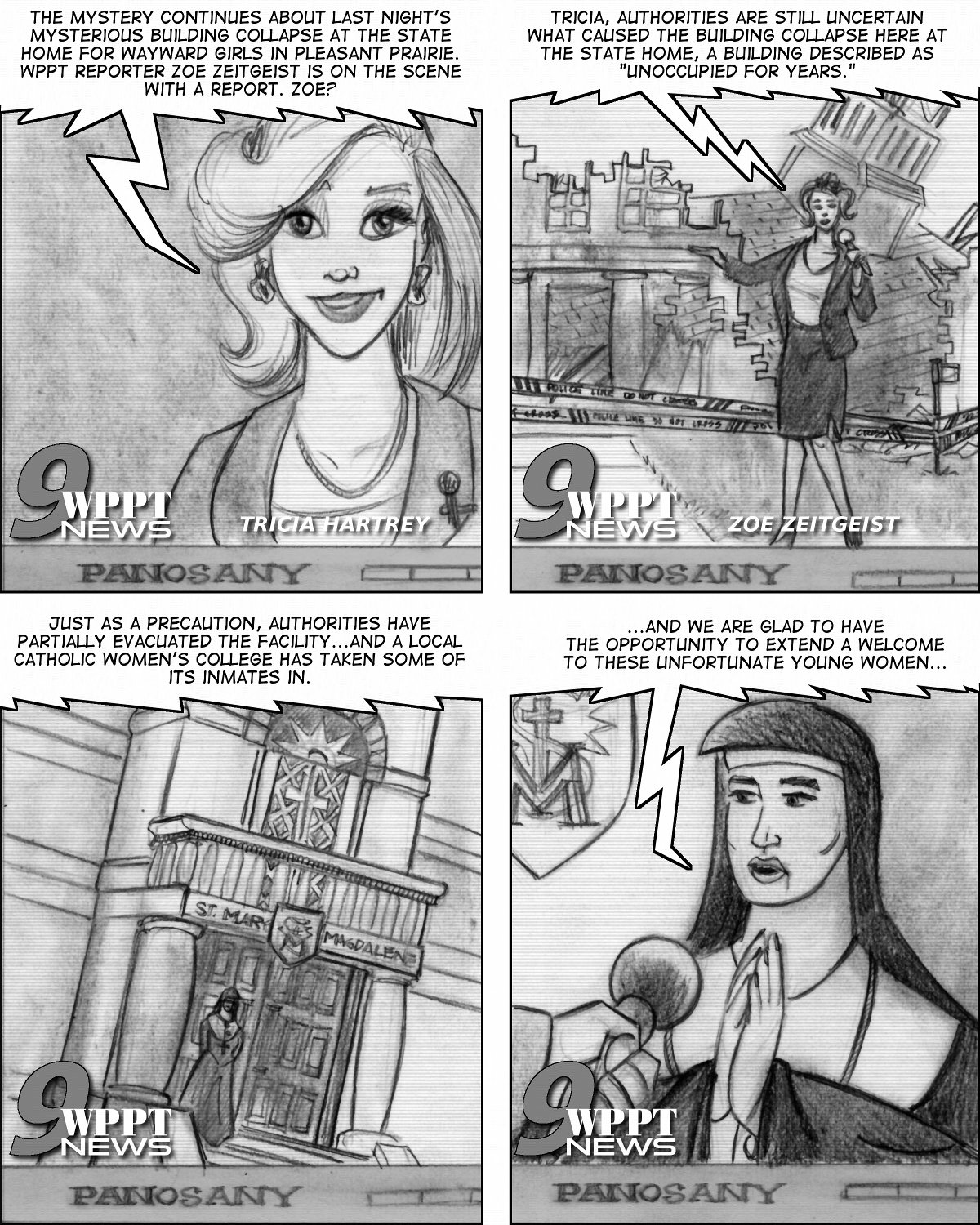 Here is a bit of background on Gnosis College, the fictional setting in which The Apsinthion Protocol and its successor stories are set.

Gnosis College isn’t modeled after any particular place, but it is modeled after a type of institution that occupies a small but important place in American higher education:  the liberal arts college and in particular the midwestern liberal arts college in a small city or large town.   Institutions of this type typically have between a thousand and two thousand enrolled students at a time.  There are no graduate students and therefore almost all the teaching is done by actual faculty, mostly in small classes.  Colleges of this kind attract bright, highly-motivated students who would generally find the Ivy or major state university experience alienating.  The courses of study at schools like these genuinely are one of liberal learning:  you can major in something like philosophy or chemistry or comparative literature, but few if any courses of study are there to prepare you directly for a practical career.

(A parenthetical note, which I can’t resist.  To some readers, all this will standing out in The Apsinthion Protocol’s script right away.  A friend of mine who once taught at an institution like this, which we’ll call Alpha College here, read the script and a few of its companions and immediately commented:  “I enjoyed reading about the febrile antics of Gnosis’s students.  Just like Alpha, if H.P. Lovecraft wrote the curriculum and Russ Meyer were in charge of the admissions office.”  There are moments when one is happy to be an author.)

Gnosis in particular I imagine as an institution of about 1800 students, founded originally in the nineteenth century like so many of its real-world analogs to train ministers of religion for the country as it expanded westward, but long since turned secular and worldly in its orientation.  Like some of its analogs, Gnosis is fairly elite:  you would find students there who might have gone to Princeton or Stanford had they been so inclined.  Unlike most of its real-world counterparts (but like a few) Gnosis has a lot of money, having had alumni who made fortunes in various technological endeavors, including money made off patents for “conceptives,” of which more discussion in a later post.

Gnosis is also rich in peculiar resources.   For reasons no one can quite adequately explain, Gnosis has over the years produced an unusual number of explorers and collectors of antiquities, who have donated generously to both a college museum and to the college library.  Gnosis’s library has an unusually large set of special reserved stacks.

Gnosis is located in a small city called Pleasant Prairie, population a few tens of thousands.  It is a quiet and unassuming place, the sort of place where, if some prominent civic organization were to name it “America’s Most Ordinary Town,” the locals would display the award proudly in City Hall. Pleasant Prairie knew a measure of industrial prosperity in the past, having been a center of manufacturing and railroading.  Gracious downtown buildings and a few elm-lined streets of elegant Victorian houses – as well as a fair number of now-derelict industrial structures – testify to this past.  As manufacturing receded as a source of employment, the fortunes of Pleasant Prairie waned somewhat, although the wealth of the college helps keep the town afloat.

The Gnosis campus is bordered by another institution of higher education, St. Mary Magdalene College, a Catholic women’s college jokingly referred to as the Virgin Vault by some Gnosis people.  SMMC is run by an order of nuns who keep alive the otherwise moribund tradition of colleges functioning in loco parentis toward their students.  It is thus a much-favored school for families with traditional values and problematical daughters.  The gates are locked tightly every night at nine.  SMMC doesn’t appear in The Apsinthion Protocol, but will in a forthcoming script, Progress in Research.

On the outskirts of Pleasant Prairie we find another institution, a juvenile detention facility called the State Home for Wayward Girls, which is pretty much what it sounds like.  (The state has given it another, nicer, name which no one can readily recall.)  This place to will appear in a future script, most prominently in Invisible Girl, Heroine.

This is the beginning of the background.  More will follow.