The inevitable tentacle sex post
Ashley's little obsesssion, and mine

Moira’s trip to the dark and forbidden parts of the Gnosis College library holds a certain special place in my heart, even if it isn’t a sex scene.  It brings back fond memories of a conceit of my youth.

Part of the genius of the fictional universe created by H.P. Lovecraft was to imagine the existence of certain forbidden, powerful books, of which the Necronomicon was the most often invoked,  hidden away either in the hands of private collectors or the locked stacks of major university libraries.    The idea of books that contain hidden knowledge that is the gateway to power and pleaure, or perhaps self-destruction. is a splendid topos well designed to appeal to the sort of bookish people who, well, read a lot of books.

It certainly appealed a great deal to me, and as a fantasy seemed all the more convincing when, as a more advanced student I got access to the major research libraries of certain large, old, and rich universities.  It is hard to escape the feeling on the C and D levels of Widener Library, that you’re delving into dark things.

Interestingly there actually are real-world collections of forbidden books.  The British Museum had a “Private Case” and the Bibliothèque Nationale de France had an “Enfer” collection. 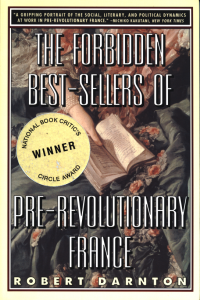 And in a peculiar example of life anticipating art, at least some of the books in these collections weren’t just smut, but had real power.  Or perhaps one might say, they had a certain power exactly because they were smut.  As the historian Robert Darnton has document in the The Forbidden Best-Sellers of Pre-Revolutionary France, erotic materials circulating in eighteenth-century Europe were often not just books meant to be read “with one hand.”  The were vehicles for the dissemination of radical and political ideas.  Arguably, they contributed to the delegitimation of the very political order which tried to suppress them. 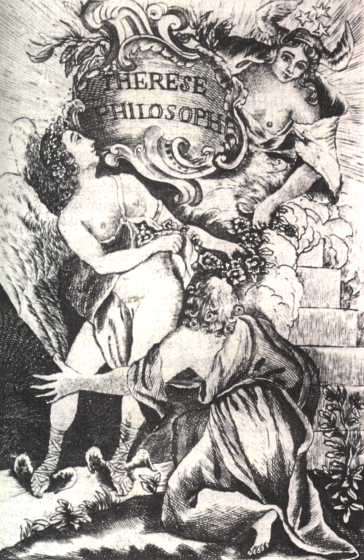 Frontispiece to Thérèse philosophe, a forbidden best-seller in pre-revolutionary France

So Moira really is seeking power and pleasure via the library stacks.  A nerd’s fantasy perhaps, but hey, it’s me that’s writing this stuff.

2 thoughts on “Moira in the library”