Ashley's little obsesssion, and mine
Best (and worst) initiation ever 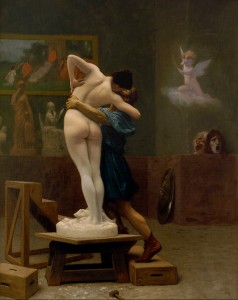 When I was perhaps twenty I had a fantasy of a beautiful woman turning, at least quasi-voluntarily, into a statue.  It was satisfying to have, but at the same time I thought, “This is too weird.  Surely almost no one else thinks like this.”

I was wrong about that.  But productively wrong.  Because not only could I write Ashley Madder into a version of that fantasy into The Apsinthion Protocol, but I also had an opportunity to find out that there seem to be a lot of people — some of them rather talented — out there on the Internet thinking along the same lines.

Some specific artists who merit mention:  there is Naga at Naga’s Den, creator (I believe) of the cute and thematically apropos animated gif to the right (it appears originally on the Technosexuality FAQ) and another creator who works under the name of Drake, and puts out vis own self-published web comic (lots and lots and lots of scenarios and illustrations, in which almost all the characters are female) called Medusarrific. An example of vis work: 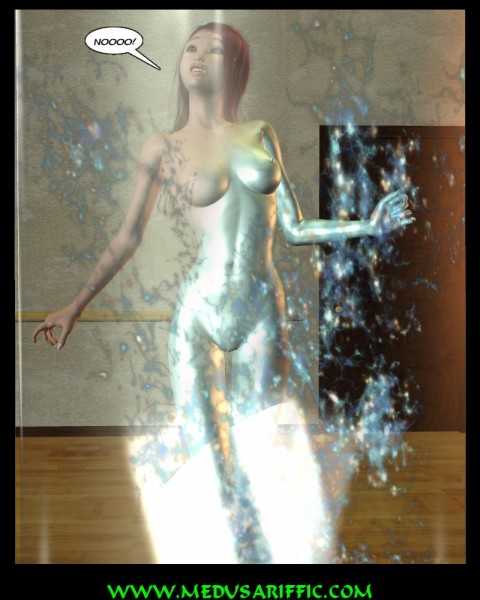 Not quite the same as the Ashley Madder experience hedonically, even if it similar thematically.

If you like stories rather than pictures, I can point you to at least one exquisite one, “Sara’s Self-Portrait,” by RM, although you can find many others at the Medusa Realm’s story index page.

And what was my own transformation?  It was that, in finding so many other people who were into the same strange fantasy I once had, that I realized that in the age of the Internet, no one is ever really alone.

One thought on “Ashley’s transformation and mine”