The strange encounter which Dr. Strangeways makes inmate Sandy submit to has its own long pedigree.  And not just in art, or in mad science, but what is arguably real science as well.

The possibility of sexual excitement between women and animals involves a certain degree of sexual ecitability in animals from contact with women. Darwin stated that there could be no doubt that various qadrumanous animals could distinguish women from men–in the first place probably by smell and secondarily by sight–and be thus liable to sexual excitement. He quotes the opinions on this point of Youatt, Brehm, Sir Andrew Smith and Cuvier (Descent of Man, second edition, p. 8). Moll quotes the opinion of an experienced observer to the same effect (Untersuchungen über die Libido Sexualis, Bd. i, p. 429). Bloch (Op. cit., p. 280, et seq.)… discusses the same point; he does not consider that animals will of their own motion sexually cohabit with women, but that they may be easily trained to it.

—Havelock Ellis, Studies in the Psychology of Sex, Volume V

So I guess now we can figure out what gave Strangeways the idea, yes? 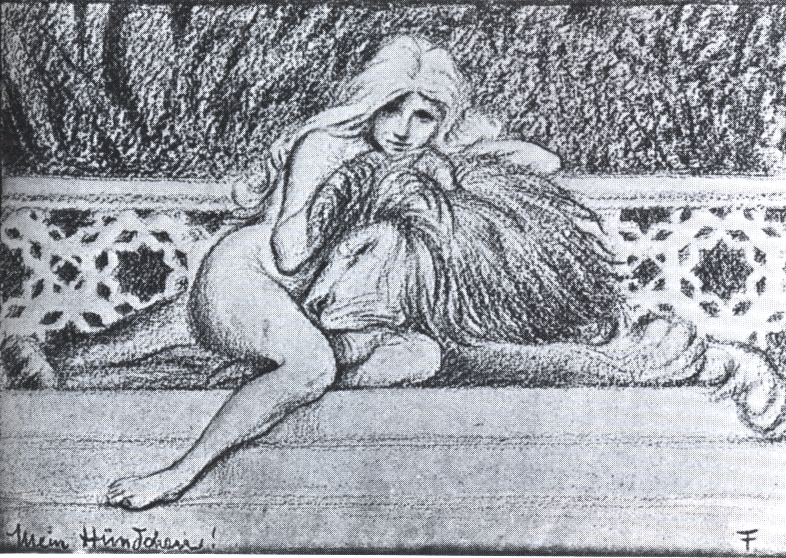 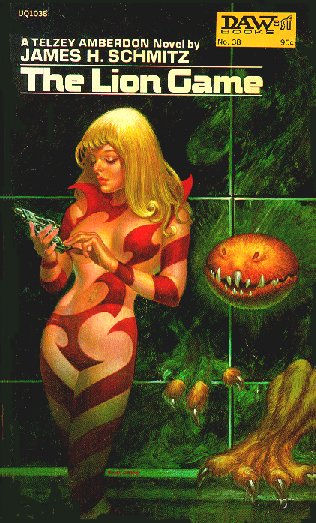 I have yet to find a <em>photographic</em> example of a model in tight with a lion, though perhaps that’s a bit too much to expect (the most elementary kinds of safety considerations make it clear that some things are only for fantasy).  I regret not having handy an image of a woman in media coitus the way Sandy finds herself (even less likely as a photograph, certainly!)  Though images suggesting leonine sexual menace certain can be found, such as on the paperback cover to the left.

And that’s hardly surprising.  For not only is the lion a powerful and threatening animal, but it’s also a real-world example of astonishing sexual stamina (a subject I’ve touched on a little bit in the blogosphere before).  If Wikipedia can be believed, a pair of mating lions will copulate 20-40 times per day.  Strangeways’s first round of test subjects must have been very busy. 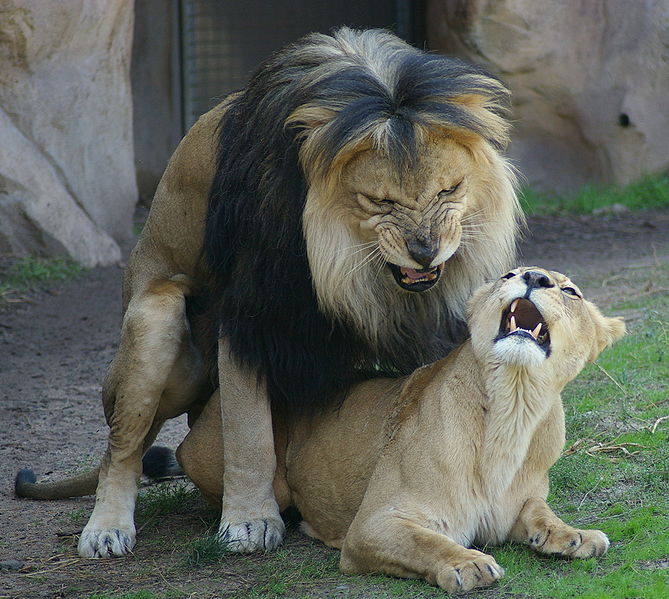 It’s good to be King. Or maybe Queen. Or maybe both!