In her web
A different perspective

The means through which Iris dispatches Professor Mora once and for all draw on a certain curious A.S.F.R. micro-genre which, for want of a more obvious name, I’ll call the “suborn and petrify panel.”

To make something in the micro-genre, someone takes a picture of a pleasing model (usually female, usually naked or near-to-it) and modifies the image of the main figure (I assume using image software) to make it look like the model’s flesh has turned or is in the process of turning to stone, gold, or some other hard inanimate substance.   One then attaches a micro-narrative to the image, which explains how the figure was gotten out of her clothes in the first place (a pretext, like a modeling assignment or an assignation or just something as simple as taking a shower) and then turned into a statue by some magical or technological means.   Needless to say, this transformation comes as a surprise (probably a rather shocking and unpleasant surprise) to the character depicted.  It’s an intended petrificaton, unlike that which happened to Ashley Madder back in the Apsinthion Protocol, which was an accident.  Sort of.

A large source of these panels can be found at the Medusa Realm here.  One example, from the artist calling verself Eocene, is this. 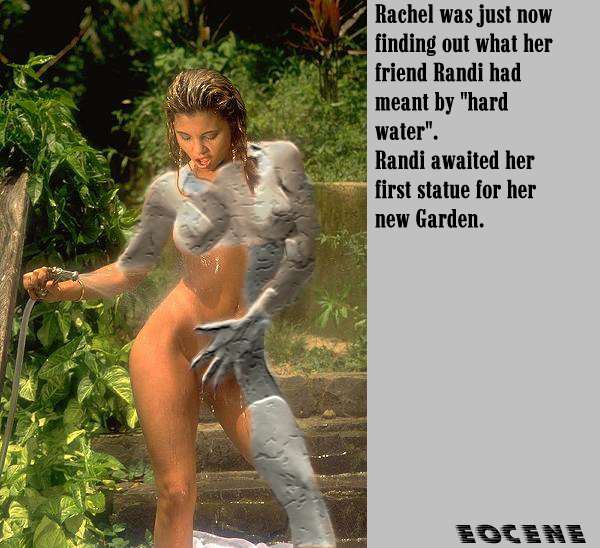 Kinda twisted, yes?  (Yes! Yes!)  I don’t want to speculate too much about the psychology that drives the creation of images and micro-narratives of this kind.  I do know what drives Iris and her elaborate set-up that leads to doing the same to Professor Mora.  Iris is really mad, and it’s not enough just to dispose of the problem professor.  She wants to humiliate an enemy in the process.

What a process, at that!  Another image from the artist calling verself Rodin. 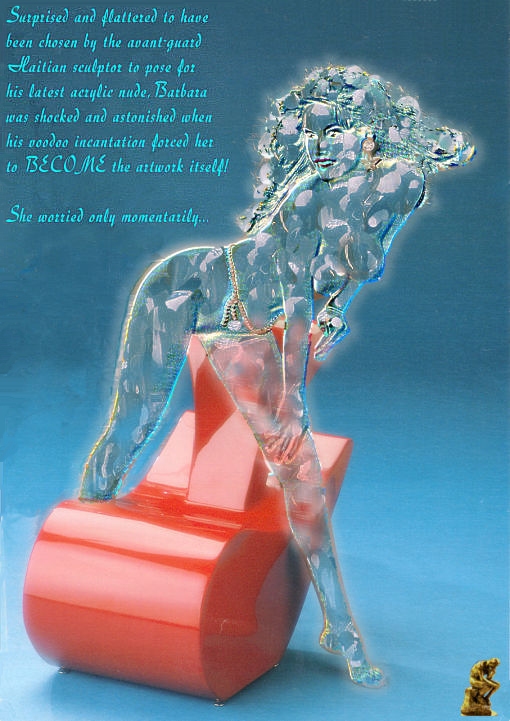 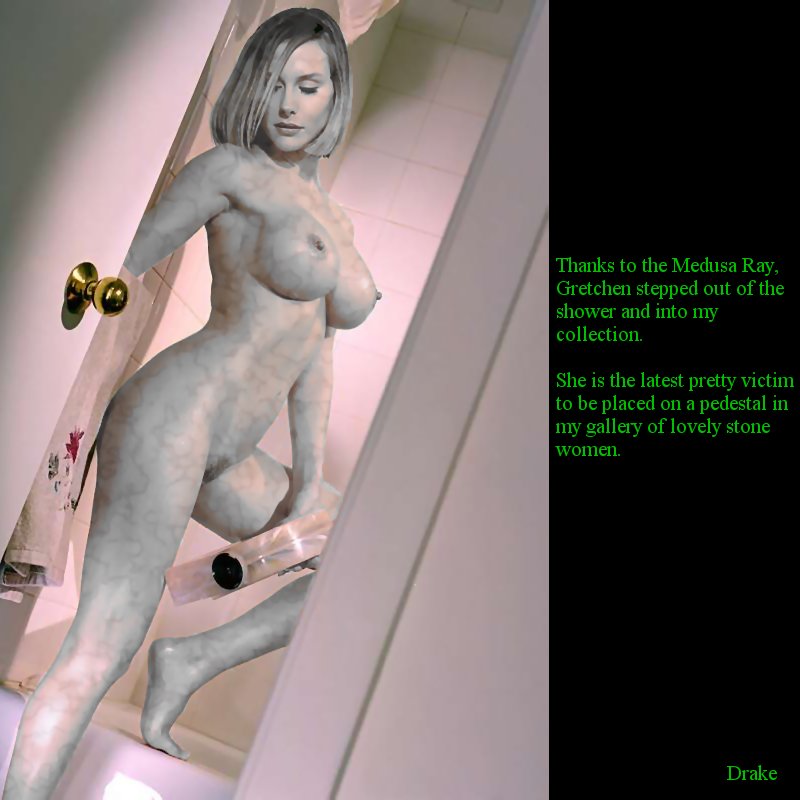 That last is an entry in the micro-genre from the artist calling verself “Drake,” who I think went on to more ambitious projects over at Medusarrific.