If you were to ask someone to name a mad scientist you’d be unlikely to get the answer “Willy Wonka.”  What an injustice!  Because in many ways Wonka is just much a mad scientist as Dr. Frankenstein or Rotwang.  He isolates himself from society, surrounds himself with grotesque assistants, and experiments away endlessly with bizarre substances which can have truly radical effects on those who consume them, wittingly or not.  Also, like a mad scientist, his morality is rather at variance with accepted social norms:  surely no normal person would allow children to play around  in close proximity to a variety of near-death traps into which they fall, repeatedly, right in front of their horrified parents.

And also, try looking at the cinematic versions of Willy Wonka’s invention workshops and just try telling me that you’re not looking at an imaginatively arranged mad lab.  Here is the 1971 version: 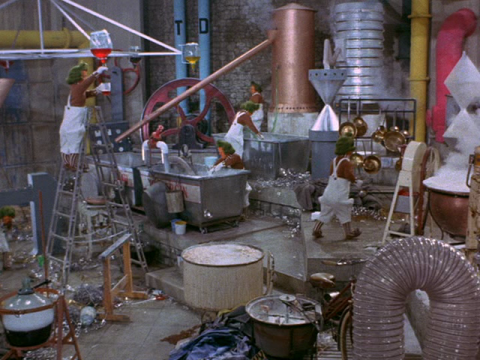 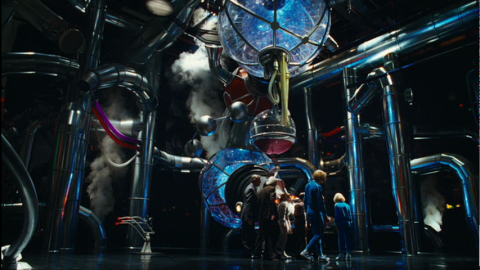 If that’s not mad science in action, I’ll eat a case of Slugworth‘s.