Another of the horrid children nearly done in by Willy Wonka mad science is named Violet Beauregarde, who has a bad habit of excessive gum chewing.  She seizes a piece of experimental chewing gum –billed by Wonka as “a whole meal in a stick” — and promptly starts chewing it.  That would seem to be a violation of experimental safety protocols.  That is, if Wonka’s factory had such a thing as safety protocols.

Things go swimmingly for Violet until the end, where the blueberry pie part of the meal produces a certain side effect.  In the 1971 version: 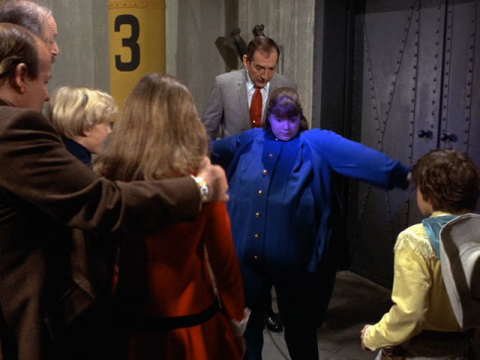 Violet blows up like a blueberry.  Fetish fuel for a new generation: 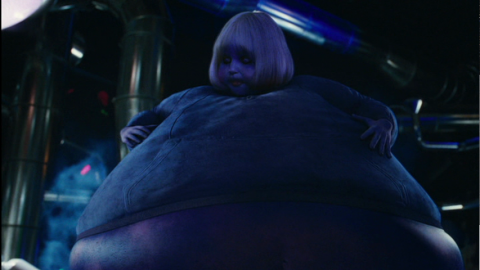 Why fetish fuel?  Well, as it turns out, there is actually a fetish for body inflation.  I’ve written about it some at ErosBlog before and there’s a decent discussion of it also in Agnès Giard‘s Le sexe bizarre (on pp. 116-7, under the subhead “J’ai le cœur qui fait boum”)  And Violet’s experience even inspired a bit of a fetishistic comic book called The Adventures of Berrygirl, in which an unsupecting college coed is slipped a bit of Wonka’s not-quite-perfected gum and… 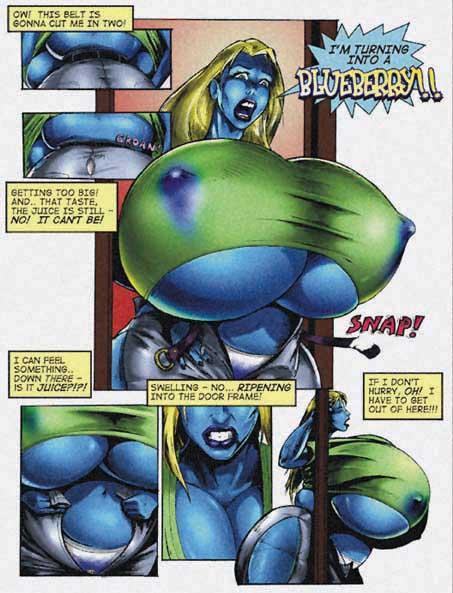 You can find more of the story at this body-inflation page.