In the 1971 adaptation of Charlie and the Chocolate Factory, once each of the horrid children tumbles into their appropriate near-death trap, they drop out of the story and are not seen again.  We get only a verbal assurance from Willie Wonka that they will be okay.  (Should we trust that he’s telling the truth?)

The 2005 adaptation does things a little differently.  We get a brief scene of the horrid children leavening the factory with their mortified guardians.   Some have undergone…changes.  Violet in particular, after having been blown up into a blueberry and then (off camera) “juiced,” isn’t quite the same girl who went in.  She’s changed color, for one, and for another is now really, really flexible. 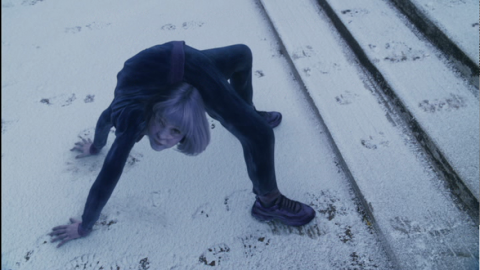 She actually seems rather pleased with her transformation, a sentiment which would fit rather well with the ethos of the Gnosis College fictional world.