I’ve recently been rewatching David Cronenberg‘s 1986 version of The Fly and have been reminded of its influence in my consciousness — something worth a series of posts, I think.

The doomed scientist-protagonist of The Fly Seth Brundle (played in this version by Jeff Goldblum) doesn’t actually start out as what I would call a mad scientist.  Eccentric, certainly, and perhaps a bit socially inept.  But he’s clearly brilliant, and working within the system, mostly.

But the trappings are in place even before things get weird.  I love the space that Brundle has chosen for a combined laboratory/living space.  An exterior view: 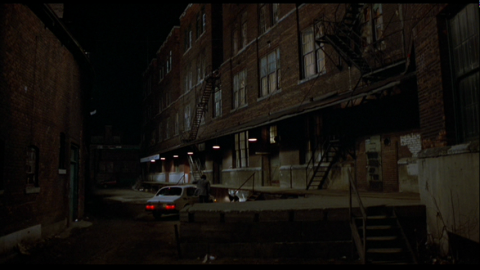 A repurposed factory or warehouse.  Probably very influential on my consciousness.  I grew up in an old industrial town and there were a lot of these around.  I’m sure to most people they just seemed like eyesores, but to me even very young they had a poetry about themselves, seeming to places of mystery or concealment of secrets.  I was well primed to receive images of this space.

The interior, with its odd mix of research and living space, does not disappoint. 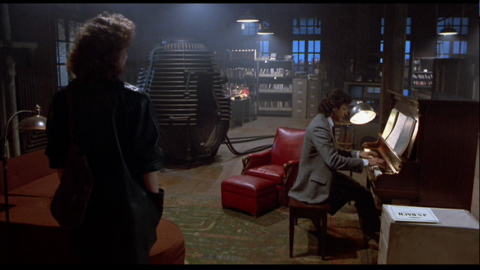 Between this and what I saw in childhood, you have the seeds for the settings of Corwin’s off-site laboratory in The Apsinthion Protocol, the improvised hideout of Commencement, and the shocking mad-lab of “Teuthology.”  (The last bit coming soon…)

If I ever win the lottery (which is unlikely, since Dr. Fautus knows enough about expected value theory not to play the lottery, but kindly bear with the cliché here) I am so getting myself a place like this.

Of course, the aesthetics can only be improved by the presence in the setting of Jeff Goldblum. 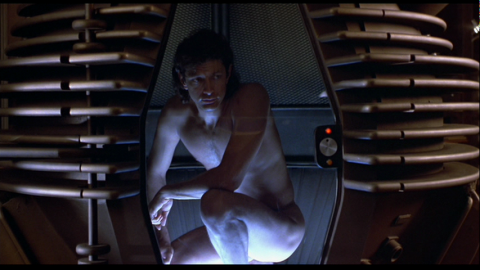 Not clear that you can in any lottery where you can set yourself up with this.  If only Dr. Strangeways’s human duplication equipment hadn’t gotten itself imploded…

One thought on “Aesthetics of The Fly I”