So it began with a little bit of searching.  I was trying to find out a little bit about the provenance of this image, which really ought to have been featured in the teuthology series of about a week back, but didn’t make it in somehow: 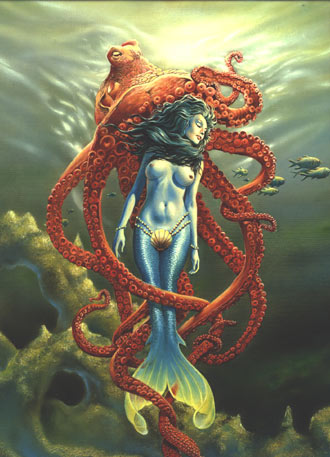 Originally found at Janitor of Lunacy, but without too much other information.  Time to invoke TinEye, which certainly did it for provenance. 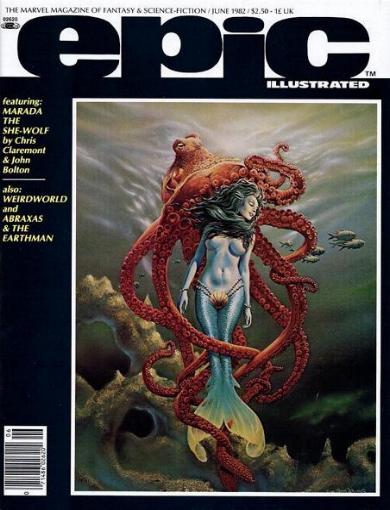 Cover art for the Marvel Comics magazine Epic Illustrated, June 1982, done by Frank Brunner.  I owe the information to a German-language site, which shows this re-purposing of the image: 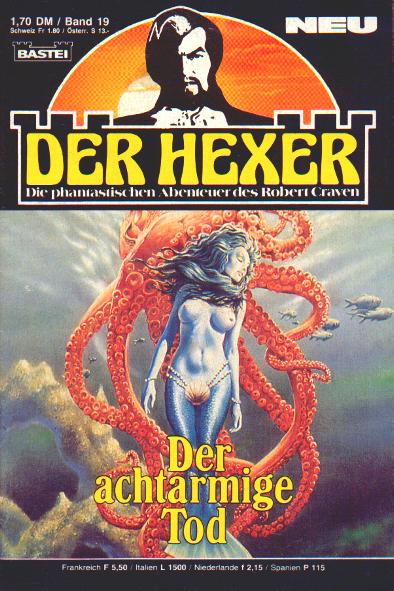 “The  eight-armed death!”  Now that’s alarming.  Still it’s quite satisfying to know more about the image.

But more satisfying still was following through to find the image also used on a Russian-language site called Русалочья Лагуна (rusaloch’ya laguna — “Mermaid Lagoon”).  Believe me, if you get a kick out of rather frank depictions of mermaids and other related watery folk, you’ll get a huge kick out of this site even if you can’t read a word of Russian. 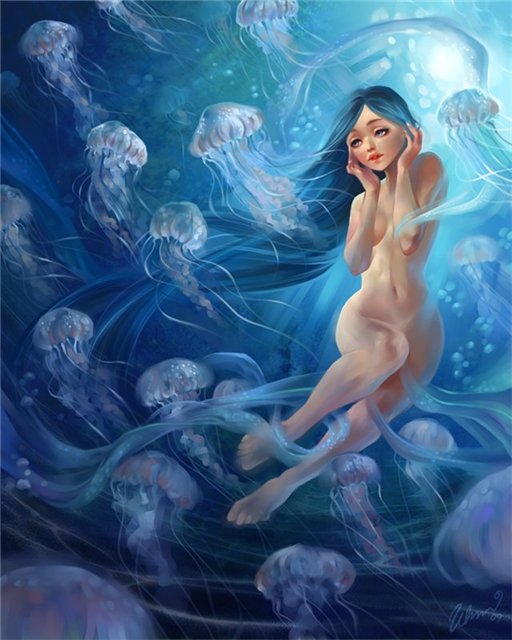 Of course, if you do have good Russian literacy skills, you can also enjoy exquisite poetry by Anna Akhmatova.  Who would have thought…