Readers interested in the Gnosis College mad-science locus might enjoy a project with which it shares some affinities called Shokoshu High School, which showcases work done by creators Niceman and Stormbringer.  (I’ve followed the work of Niceman for some time at Renderotica and Deviantart for some time, and it’s a pleasure to see some work of vis out on the open web.)

Shokoshu High School is described as “…exclusive finishing school for girl students aged 18 and over is located…on a particularly pleasant semi-tropical island.”  Reassuring and agreeable!  And you can walk through the site, following scripts and encountering all sorts of curious goings on.  While the predominant tropes seem to be tentacle and monster sex, there is definitely some nifty mad science going on there as well.

Just as you thought at first glance, within each cylindrical container floats the nude body of a young female. They all appear to be in their late teens, with well-formed bodies. Bubbles ascend through the fluid in the tanks and you realise that these girls are not dead. Rather they seem to be in some sort of suspended animation. Each face appears to have a rather sad expression and you find yourself wondering if active minds lie behind those blank eyes. You shiver and avert your eyes.

Well, excuse me Mr. Narrative Voice: perhaps you are averting your eyes.  Dr. Faustus is wondering where he put that academic curriculum vitae of all those years ago and wondering if there might not just be some faculty openings…

There are some fine examples of Niceman’s work, both in CG depicting a mad lab, complete with an instance of the tube girl meme: 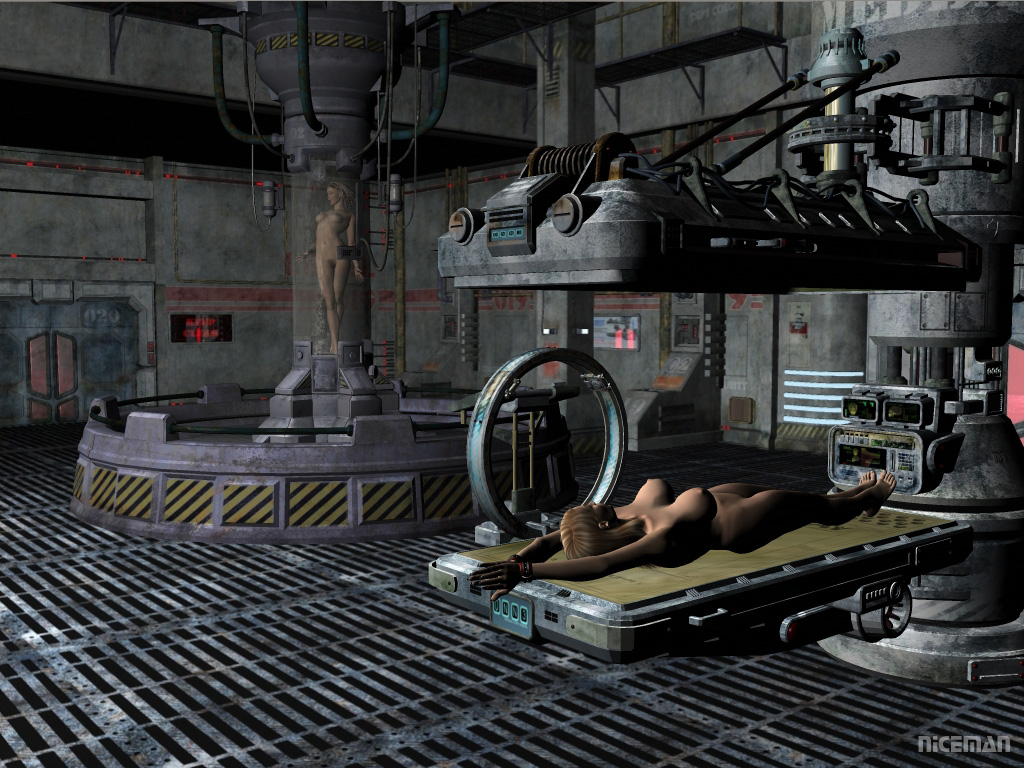 And also an example of a live-action alter: 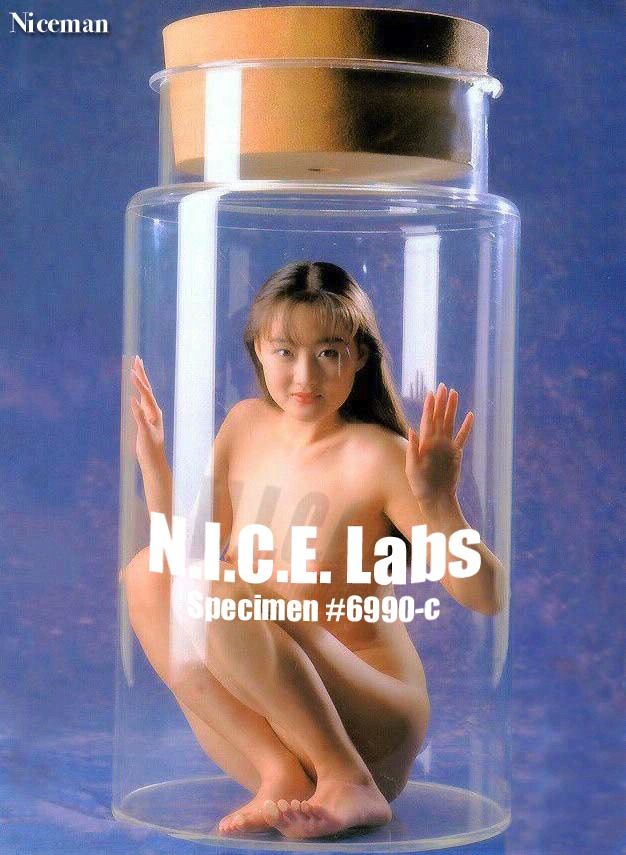 Doesn’t get more mad-sciencey than that, does it?