Someone making his own
Old writings in SF 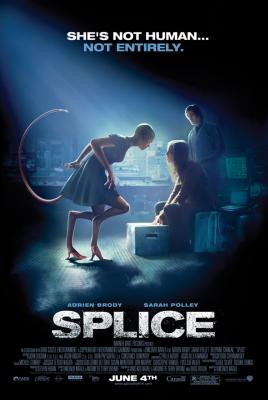 I finally got around to watching Splice over the weekend, which is something that I qua thaumatophile am practically obliged to do.

I must confess I was rather less impressed by this than I had hoped to be.  Hotshot bioengineers and lovers Clive (Adrien Brody) and Elsa (Sarah Polley) create a creature out of genetic material from a variety of different animals — including humans.  Well, one specific human, actually.  There’s an appealing Frankenstein-like element here — take things from many things to make one thing — as well as an appealing element of rebellion, since the creature is made in secret and in defiance of corporate bosses (Simona Maicanescu plays the corporate chieftain with an icy self-possession that makes me positively squee).

I have to admit that the creature they produce, whom they name “Dren” does, as a child, make one of the cutest l’il monsters you’ll ever see. 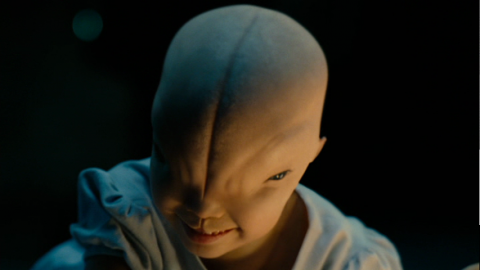 And I guess there’s a sense in which there’s mad science going on in this movie.  There’s a willingness to flout moral conventions, lobs of laboratory equipment, and the “science” itself is appropriately crack-brained.  And Dren grows up fast, which leads to something either squee or squick, depending on your tastes in such matters. 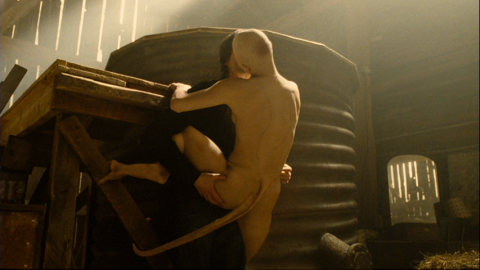 But somehow this movie didn’t really grab me.  There are hints at mad science motivations:  Elsa had some sort of miserable childhood and there are hints that her motivation for making Dren might have something to do with compensating for this (in part), although this stab at the mad scientist as Wounded isn’t really played out satisfactorily.  And there are the obligatory Promethean recitations (think of all the good our discoveries could do for mankind!) although these often have the feel of rationalizations, and half-hearted ones at that.   When things spin out of control (as they inevitably do), the supposedly brilliant and strong-willed characters act disoriented and helpless.  What the movie really feels like is Our Dysfunctional Relationship played out in a mad science setting.  I don’t have any objection to entertainment about Our Dysfunctional Relationship, but really, isn’t there enough of that already?  A proper mad scientist needs to be more decisive, willing to cross the line from normality to Beyond-Good-and-Evil Land with verve and commitment.

I’ll confess, though, that the way the movie ended did redeem it for me, because Elsa does finally grow a pair, uh, grow the beard, uh…jump in with both feet.  I won’t give away how the movie ends, except to hint that it owes more to Humanoids from the Deep than the people who made this movie would probably like to admit.  So you might as well go watch it.