In referring to Dr. No Taylor here triggers one of Dr. Faustus’s own memories.

When most people wish to connect Dr. No to Fetish Fuel, I think they have in mind this scene from the 1962 film: 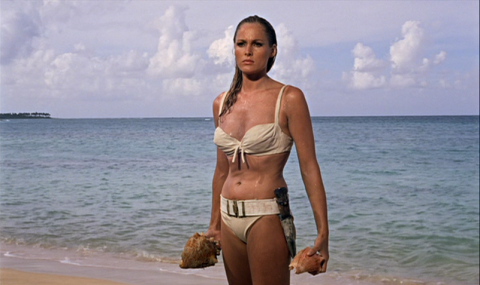 Ursula Andress as Honey Rider, emerging from Caribbean waters in a white bikini.

Well, the white bikini is certainly not bad as Fetish Fuel, although I might note (as pretty much every other commentator in the world has) that in Ian Fleming’s original 1958 novel Honey Rider conducts her shell-collecting enterprise au naturel, mostly.

It was a beautiful back.  The skin was a very light uniform café au lait with the sheen of dull satin.  the gentle curve of the backbone was deeply indented, suggesting more powerful muscles than is usual in a woman, and the behind was almost as firm and rounded as a boy’s.  The legs were straight and beautiful and no pinkness showed under the slightly lifted left heel.  She was not a colored girl.

“As firm and rounded as a boy’s.”  Thanks for the high level of detail here, Ian Fleming!  Seriously though, the Fetish Fuel just gets better and better.

But of course, in a sign that young (not yet Dr.) Faustus was a budding thaumatophile the scene that really got me panting, the scene implicitly referenced above and which doubtless also provided the inspiration for the satirical film-within-a-film in Gnosis Dreamscapes was this: 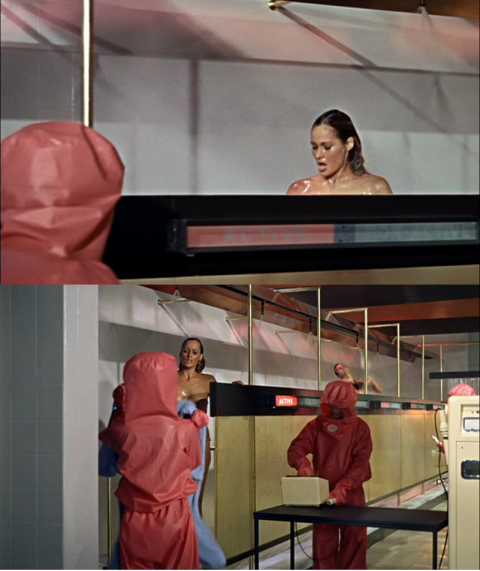 An au naturel (impliedly) Ursula Andress moving down a conveyor belt and being “decontaminated.”