Underground comic sexbot
"Michiko" art by someone else

A sharp-eyed commenter recently brought my attention to another tube girl. 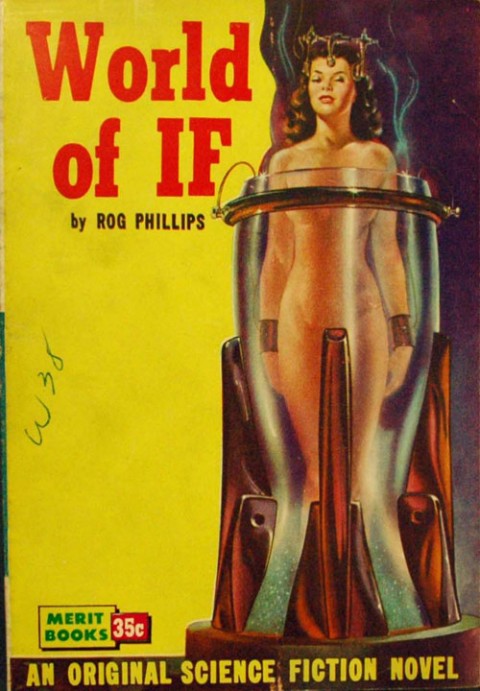 Standing alone, this illustration would have merit in a exhibition of tube girls, because demonstrates with unusual clarity a classic property of the tube girl illustration.  Namely, the way that it was used to get as much nudity as possible on the cover of something without actually showing something that would attract the attention of the constabulary.   We are given to understand that the woman in the tube is naked, but the tube has opaque structural elements which just so happen to be in the line of sight between the viewer and the woman’s naughtier bits.  The viewer’s imagination is allowed to gratifyingly fill in the rest.

But what’s more interesting about this image is that it’s actually from a rather interesting collection of Australian pulp fiction covers at the University of Otago in New Zealand, one which I believe a post of Bacchus’s at ErosBlog quoted recently as well.  It’s a small world after all.

Indeed, smaller than one might think.  Is it a coincidence that Otago’s philosophy department is home to a metaethics guy whom I have reason to like?  (Well, yeah, it probably is but I can’t help but notice stuff like that.)

4 thoughts on “Tube girl from down under”