The first episode is some thirty minutes, but I must confess I extracted the purchase price in the first sixty seconds or so.  An evil “United Empire” is drafting pretty girls into a very sinister scheme.  I mean, it must be sinister, because they all dress like Nazis, which shows that perhaps this anime has a strong Nazisploitation pedigree: 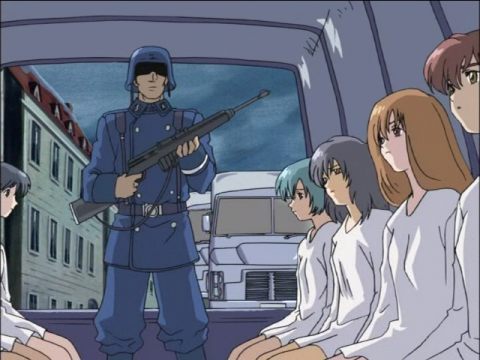 Yes, mad science is making people into weapons for a nasty military regime.   Perhaps not an unfamiliar theme if you’ve read Fullmetal Alchemist.  This is a bit different, however.  Fullmetal Altchemist has a vast cast of richly-realized characters embedded in a web of deep, complex human relationships in a highly-detailed fictional world.  Angel Core has lots of gratuitous nudity and sex.  Also tube girls, of course. 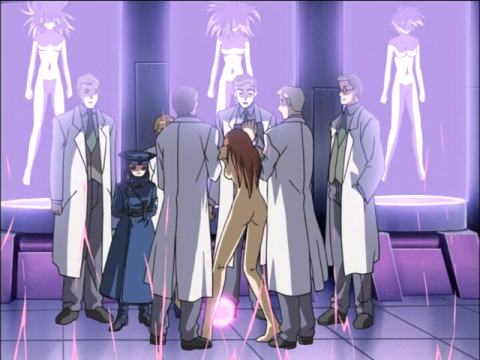 The aim of all this tubey naked stuff is to extract some sort of glowey blue sphere which is used (I think) to power/animate giant killer robots. 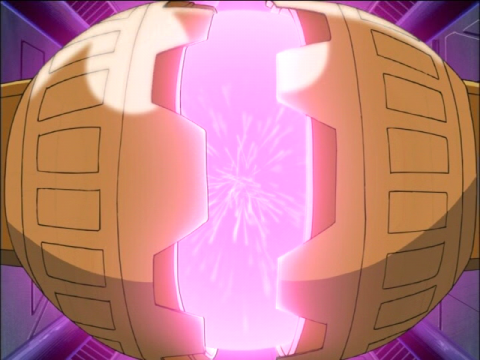 The maturation of the sphere requires the girls to have lots and lots and lots of sex.  Because that’s the way things like that always work, no?

It is a measure of my own perversion that after the sixty feverish seconds of mad science exposition at the start that I found myself fast-forwarding — yet again! — past lots of sex scenes that didn’t really interest me that much.  At least we got confirmation that our heroines are girls in peril with the glowey blue sphere thingy inside of them. 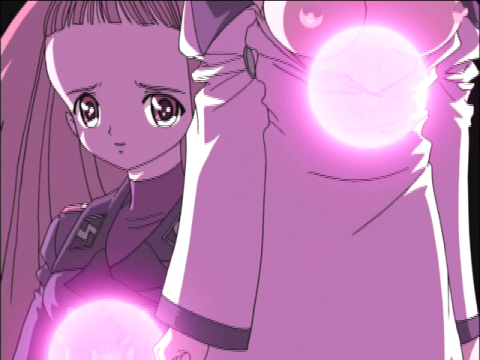 Please, animators, more mad science!  (You can at least catch some video over at io9.)