Victorian sexuality was weird almost beyond the ability of people living today to understand.  Official public discourse denied the existence of female sexual desire at same time as thousands of teenaged prostitutes were trained to fake orgasm.  Elite boys’ boarding schools inculcated both the many Christian virtues necessary for empire building and also lifelong tastes for flogging.  Official censorship presided over the creation of some of the most astonishing pornography yet known.  It’s small wonder that the Victorian world holds such a fascination for many — how could something so twisted not be fascinating?

Peter Tupper, in his new steampunk story collection The Innocent’s Progress, recently out from Circlet Press, plays brilliantly on such fascinations.  Most of his stories create an imagined Victorian world at once familiar to students of social history and yet strange.  Strange in its linguistic conventions, strange in its technology, and yet familiar in being a world of official prudery overlying a vast sexual demimonde.  Tupper has studied his Victorian England; others who have studied it can take sly pleasure in seeing how some of Tupper’s characters map onto real-world analogues.  (For those who are less familiar with that world, there is a handy appendix.)

Tupper understands that some of the hottest eroticism comes not from being yourself, but from getting away from yourself, from stepping into strange roles outside the expectations of normal life.  His fictional world even institutionalizes this, in the form of organized commedia dell’arte troupes where audiences can go to see stock characters perform…and then bid to step into character roles to be played over in more intimate behind-stage settings.  And there are beguiling steampunk tropes here as well:  outlaw mechanics known as Tinker Girls (be still, my heart!) hack their way into and around the central controls of the imperial communications network (shades of Pynchon!).   When someone actually tries playing the role of Tinker Girl…there is combustion.  There are grim institutions that seem to have boiled out of Michel Foucault’s nightmares:  most prominently a vast orphanage/prison/factory called the Honeycomb.  And there is a ferocious battle of wits between an aristocrat and a demimondaine over the control of a deceased explorer’s last erotic manuscript.

I should mention also that there’s a more “conventional” what if story in the collection, a re-imagination of The Strange Case of Dr Jekyll and Mr Hyde, in which Dr. Jekyll’s female house servant decides to get in on the transformation act.  The sparks do fly. 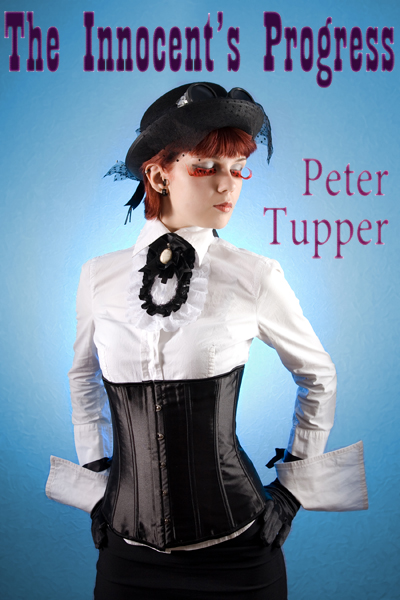 If you have any love of erotica in Victorian or steampunk settings, or mad science, then this book is well worth your attention.  Click through the image above to find more reviews at Peter Tupper’s site as well as ways to buy in many formats.