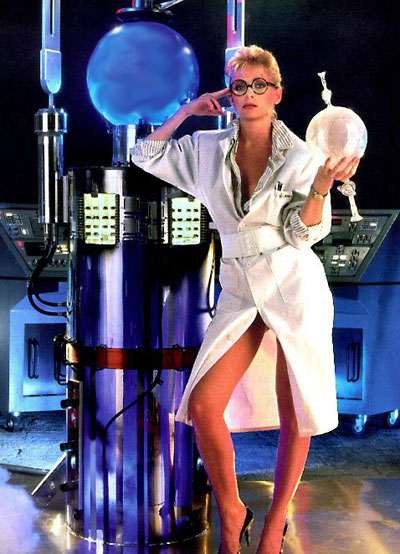 Enter psychiatrist Dr. Katherine McMichaels (Crampton), who is convinced that research on the pineal gland might hold the key to curing schizophrenia.   Tillinghast is released into her custody, and the experiments with the Resonator resume in the old dark house. 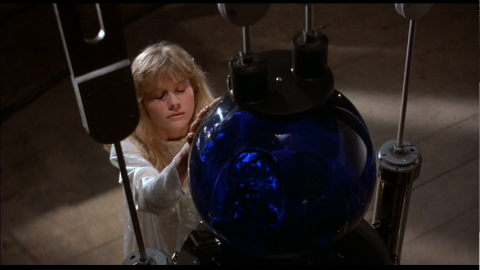 One thing leads to another and soon it’s power on! 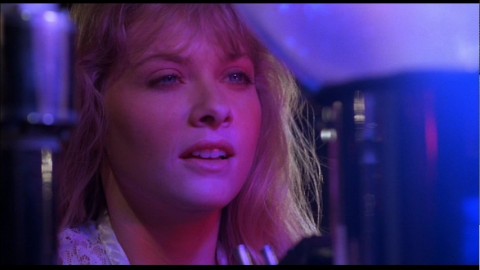 And Dr. McMichaels soon finds herself standing in a vortex as dimensions are ripped open…but mustn’t stop! 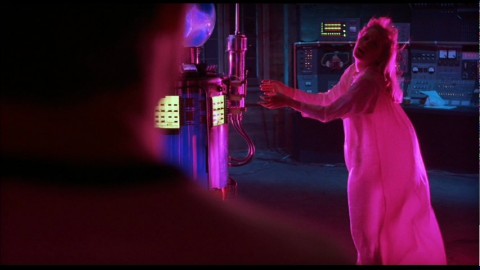 But unfortunately bad old pervert Pretorious isn’t dead, just transformed and extra dimensional and slimy (-er).  And like all monsters from the beyond, he wants our women! 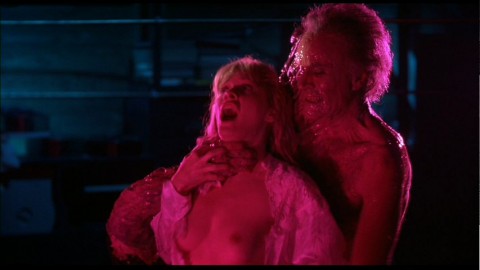 So the Pretorious creature sprouts a big mouthy thing from his head and proceeds to “kiss” McMichaels, in a way which should have vore fans squeeing with delight. 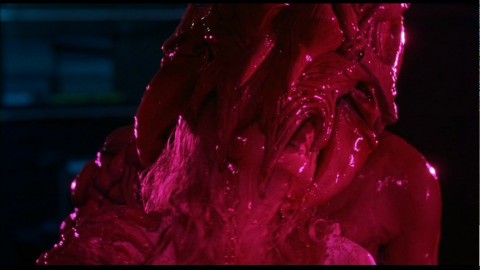 It’s a close call as our heroes manage to shut down the Resonator just in time.  Next time they wou’t be so lucky, and things will get…sort of ugly.

Definitely a movie that belongs in any thaumatophile‘s collection.