I’ll offer a conjecture, and kindly keep in mind that it’s only a conjecture so if any of you who read this blog know of an earlier or better one by all means please comment.   It goes back to a locus classicus of cinematic mad science, The Bride of Frankenstein (1935).

In this film, Dr. Septimus Pretorius, one of Frankenstein’s former teachers, demonstrates to Frankenstein a set of experiments in creating life, in this case Pretorius’s creation of a set of homunculi that live in cylindrical glass jars. It’s a pretty good effect, given that it’s 1935. 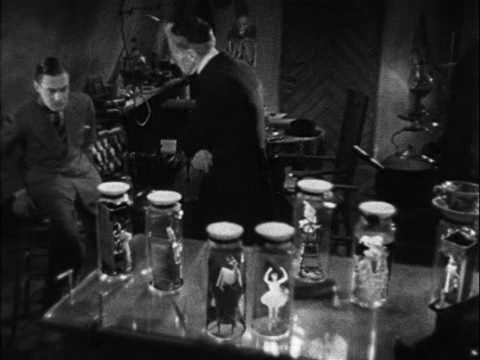 Among these are a dancer, (who, Pretorius laments, will only dance to Mendelssohn’s “Spring Song”)… 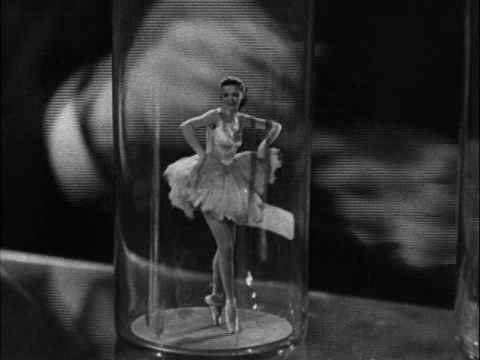 ..and, perhaps more on visual point, a mermaid. 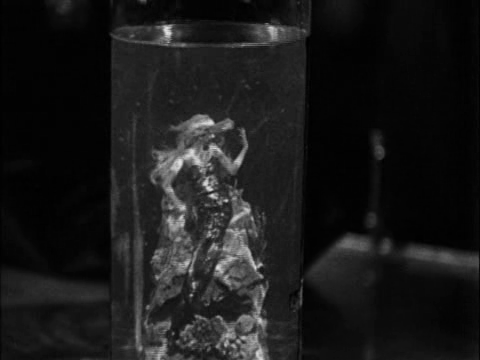 Origin of the concept?  Maybe.  I’m willing to bet that all those pulp artists and the public that patronized their work both watched Bride of Frankenstein a lot.

Is there video? You betcha!

Of course we have also visited the contributions of Olympic swimmers to erotica on this blog before.