Origins of tube girl meme?
Not so Amazing Transplant

Some of the older readers might recall that back in the 1970s Penthouse magazine ran a adult comics feature called Oh, Wicked Wanda! Scripted by already-famous novelist Frederic Mullally and rather lovingly drawn by comics artist Ron Embleton, Wanda as the story of the utterly depraved and fabulously wealthy Wanda von Kreesus, who lived in a Schloss on Lake Geneva.  Together with her blond nymphet-of-all-work Candyfloss she traveled the world having adventures and collecting..specimens to bring back to her castle (and giving Mullally plenty of opportunities to engage in political and cultural satire along the way).

Should we be surprised to find that Wanda has amidst her servants her own mad scientist?  Of course not!   His name is Homer Sapiens and he’s depicted below, along with another of Wanda’s staff, the soulful jailer J. Hoover Grud. 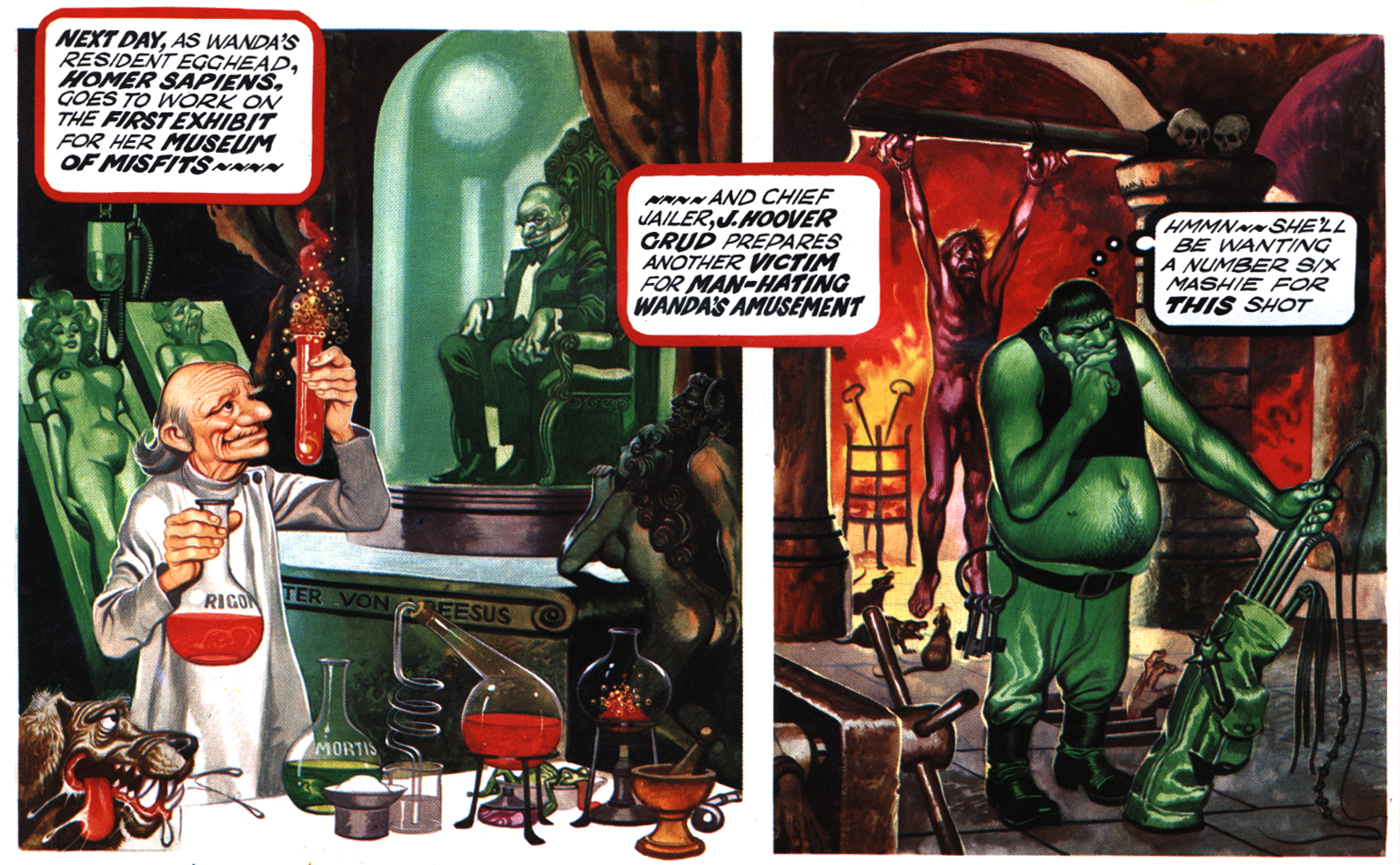 Homer is preparing to convert the two victims in the background, “Brigitte Bidet,” and the “self-appointed British pornophobe Cyril Bluestocking,” into some sort of living sculpture at the behest of Wanda. Something more for A.S.F.R. fans!  And what’s more, there’s also Wanda’s dead father, preserved under green glass to watch for all time the depravity in what was once his Schloss.

Well, as it happened, weird reality got there first.  Sometime around 1832, as it happens. Jeremy Bentham, who has as good a claim as any to be the founder of my philosophical order, had himself preserved and mounted post-mortem as an inspiration to the future.  He called the result an auto-icon. 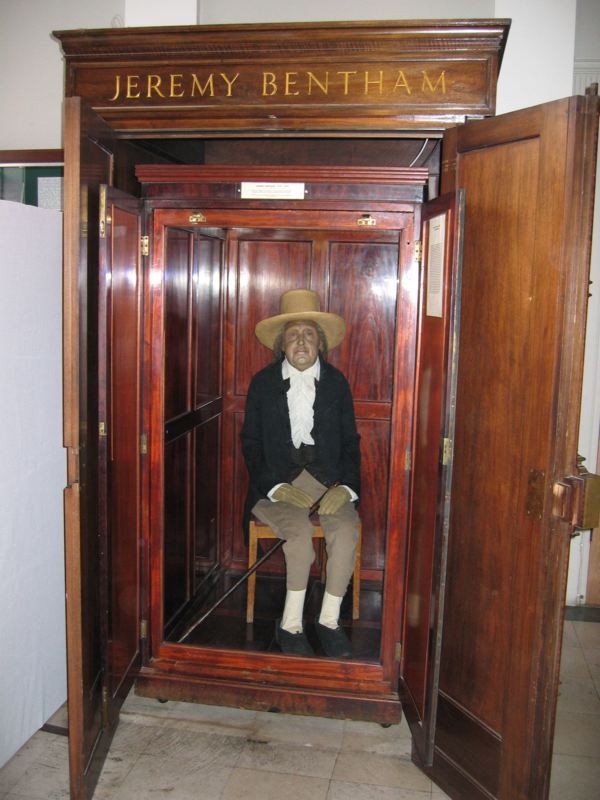 That’s the mad science spirit, Jeremy!  (Thanks to this blog for the image.)

If you’re ever visiting University College, London, be sure to stop in and say hi.