They make their appearance all the way back in 1907. 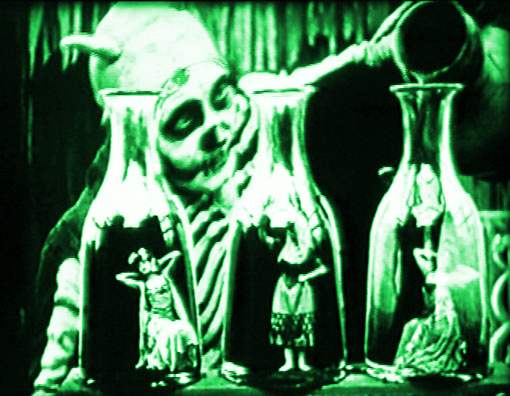 The source is Wikipedia, and ultimately a ten-minute silent short called Satán se divierte (Satan amuses himself) made by the cinematic pioneer Segundo de Chomón (1871-1929). The film is a showcase for early special optical effects. There isn’t much of a plot there — just Satan, apparently bored, fooling around in hell that involve playing around with a couple of scantily-clad (by 1907 standards) actresses, including making tube girls. Some fine person has uploaded the short to YouTube, so I can embed it here.

The tube girls show up at about the five-minute mark. There are some other mad-sciency things going on if you wish to watch it.