The world would be a poorer place had Ed Wood never filmed. Original post here. 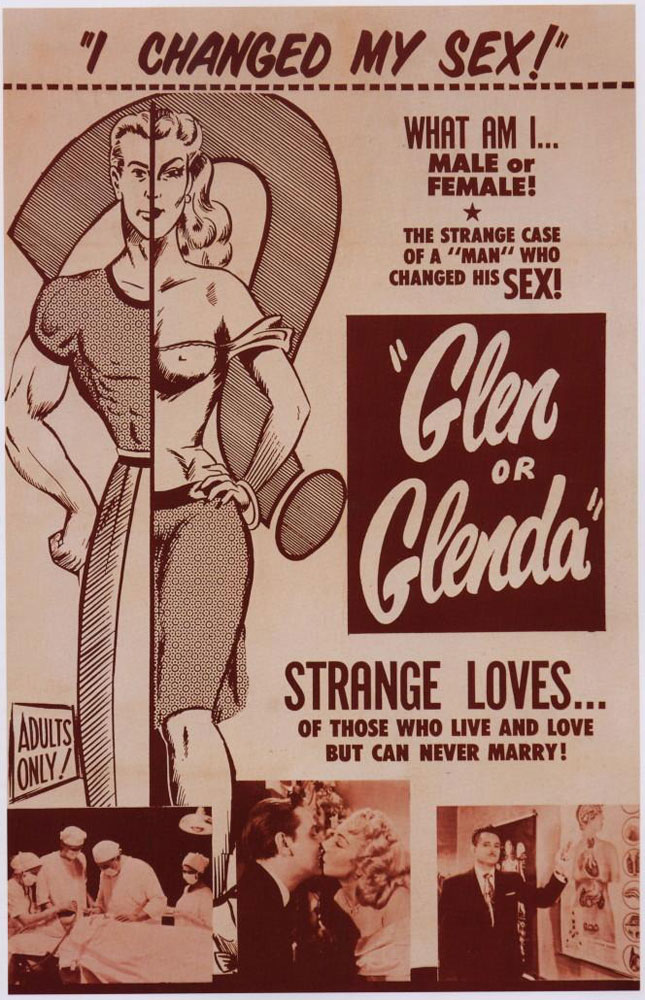 Glen or Glenda? was also released under the following titles:

Glen or Glenda? opens with the following written foreword:

In the making of this film, which deals with a strange and curious subject, no punches have been pulled-no easy way out has been taken. Many of the smaller parts are portrayed by persons who actually are, in real life, the character they portray on the screen. This is a picture of stark realism-taking no sides-but giving you the facts— All the facts— as they are today: You are society— JUDGE YE NOT….

Daniel Davis, the name of the actor who appeared in the film as “Glen-Glenda,” is a pseudonym for director-writer Edward D. Wood, Jr.

Incongruous scenes include: buffalo herd stampede, a group of primitive peoples dancing to drums, two narrators discussing sex change operations over scenes of a factory, the “scientist” issuing periodic warnings and a lengthy sequence involving women enacting stripteases or sexually suggestive situations. According to a modern source, the striptease scenes were taken from a film directed by W. Merle Connell. The title of Connell’s film has not been determined.