Every now and again I feel the need to write a bit of screenplay, and Shon’s observation on Austin Grove’s rather problematic erotic predilections somehow inspired me to get in touch with my inner Michael O’Donoghue and write a little satire. At least, I think it’s a satire. Other perfectly respectable people might think I’m just indulging in racial fetishes and misogyny for my own sick amusement. C’est la guerre. Anyway, those of you who grew up in the United States in the 1970s and watched those over-loud television commercials for various apparently-miraculous life-problem solving products you could send away for by mail order (e.g. those of Ronco and the like) will probably readily recognize the strange little genre to which this short script belongs (you can mouse-over and use the control buttons at the bottom of the image to page through the script):

Naturally it seemed wrong that I should just have black-and-white text to illustrate such a concept, so I commissioned Frans Mensink to bring it out in glorious living color: 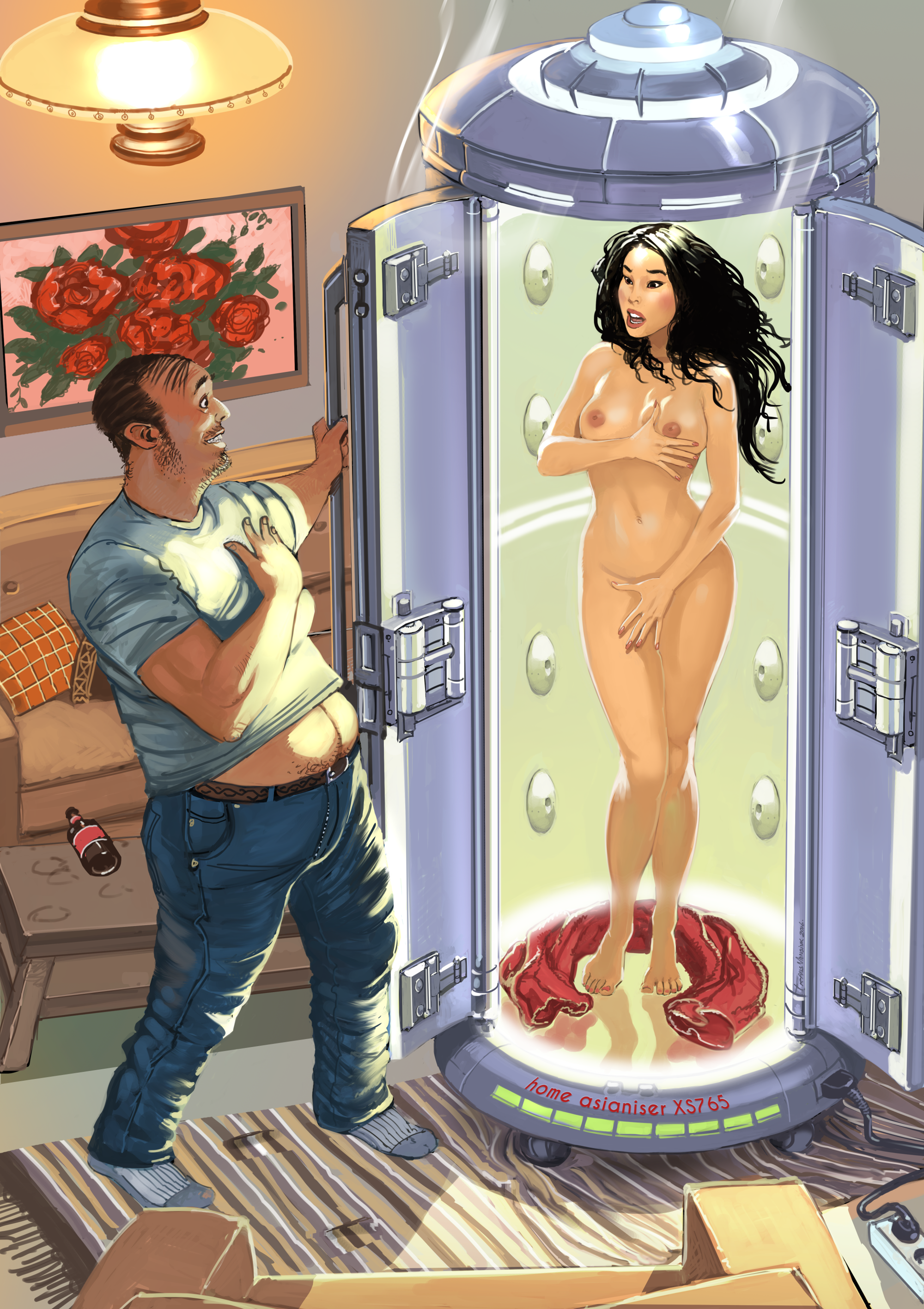 4 thoughts on “Little Script and Bespoke Art: The Asianizer”