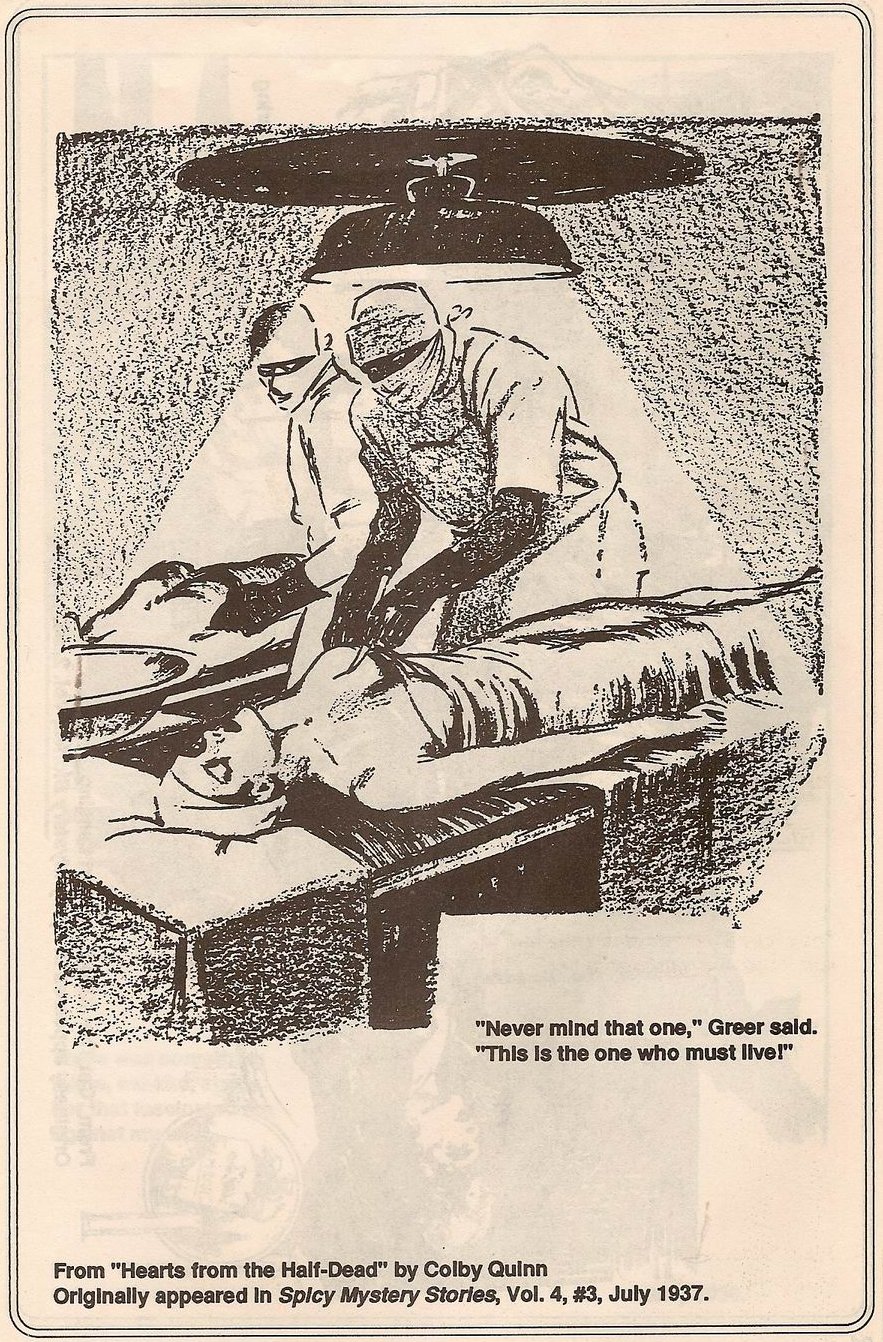 Decline Of Interest In Horror/Weird

In his Pulp Horrors Of The Dirty Thirties essay previously cited, Don Hutchison took the view that World War II and its horrors affected the national mood in a way that began to drive nails into the shudder-pulp coffin:

“With the coming of World War II, the extent of human madness and misery could no longer be viewed — much less enjoyed — as mere fiction. In a more innocent time, it was thought that the brand of horror perpetrated by the fiends of the shudder pulps was purely imaginary. Now people knew that such things — and worse — were possible.”

Of course there are timing issues to be considered; the worst horrors of WWII came to light long after shudder pulps were history. Still, blogger Terrence Hanley is in accord, explaining the demise of a particular title:

[The shudder pulp titles] Terror Tales and Horror Stories came to an end a year later, in spring 1941. By then, torture, blood, and violence were no longer mere abstractions, for World War II had begun. Fiends and madmen ruled not just the pages of pulp magazines but also half the planet.”

War-related resource constraints are often cited without much evidence in broad-ranging opinion pieces about the demise of pulps more generally. It is true that paper rationing, labor shortages, and possibly constraints on availability of printing equipment and supplies all constrained various parts of the print entertainment industries in the early 1940s. But as the timeline makes clear, the shudder pulps in particular were closing doors left and right by 1941. Thus, this research did not seriously consider war-related resource constraints on the shudder pulp trade. See, e.g., Blake Bell’s observation (above) that “pulps were dying” in early 1941 at a time when WWII was “about” to put a crunch on paper supplies and thus had not yet done so. The Secret History of Marvel Comics: Jack Kirby and the Moonlighting Artists at Martin Goodman’s Empire (Blake Bell, 2013)