ASFR in reverse
Do you like your oysters raw?

The pulps would menace a pretty scantily-clad girl with anything, and by 1959 they would go so far as to menace an unclad one. 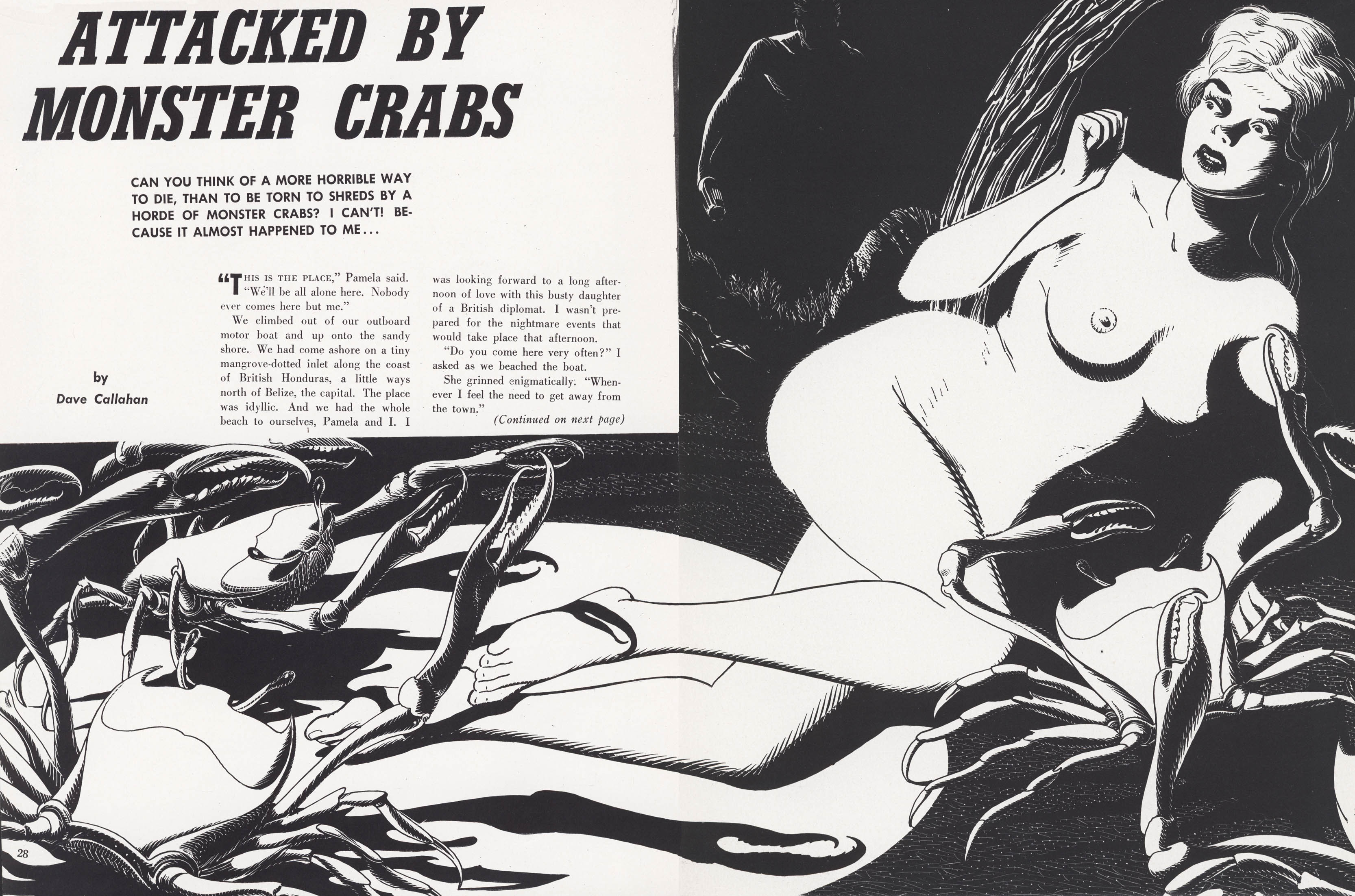 It’s something I came across browsing my way through men’s adventure magazines in the Internet Archive, a place where I think I could easily putter away all my remaining days rather happily if it came to that. It’s not quite erotic mad science (it would be if the giant crabs were the mutant product of an experiment!) but it seems thematically connected in any number of ways to the sort of things that run here. This particular story of Central American tourism gone wrong appeared in Exotic Adventures, Volume 1, Number 3, an obscure mag which ran for maybe six issues in 1958-9. Unfortunately but perhaps unsurprisingly I don’t have an artist credit for the peril scene above.

You can read and download this contribution to Western Civilization at the Internet Archive.

In 1959 (or was it 1958?) the sexiest girl in Japan was majoring in philosophy at Northwestern, in case you were curious.