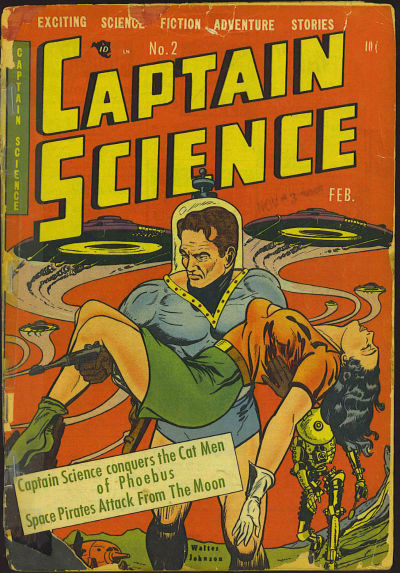 My original tumblr post was here. This image is the cover of Issue #2 of Captain Science, for which the Grand Comics Database entry is here. Captain Science was seven-issue series published in 1950-1 by a publisher called Youthful, whose catalog ran from Atomic Attack to Zowie! This image was first posted on Tumblr by Vintage Geek Culture, who added the following comment:

I’ve often wondered if Captain Science inspired Green Lantern. For one, they have identical origin stories: a bald alien with an unusual skin color crash lands in the American Southwest, who then summons a pilot and then gives him power (either a ring, or grants him advanced scientific knowledge via a teaching machine). Captain Science came out in 1951; GL came out in 1959. 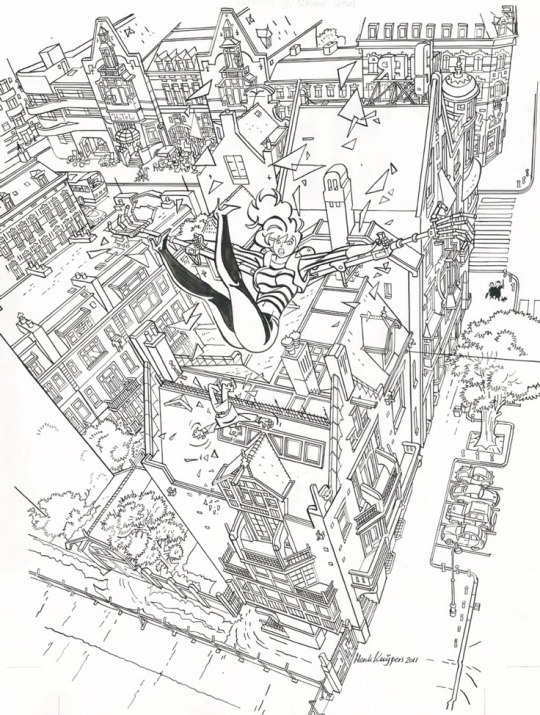 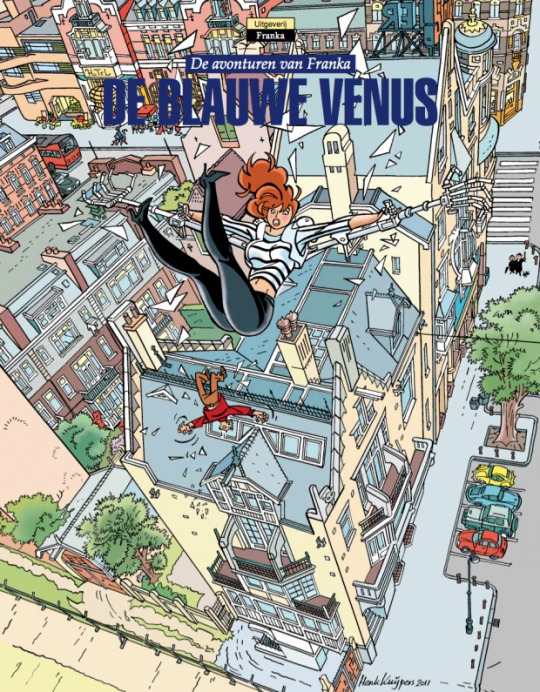 My original tumblr post was here. This comics cover and its inks were originally posted on Tumblr by Dirty River with the explanatory text “Franka: De Blauwe Venus, Henk Kuijpers” and come to us via Pencil of Doom. Netherlands comics artist Henk Kuijpers (b. 1946) has a professional site (in Dutch) here. 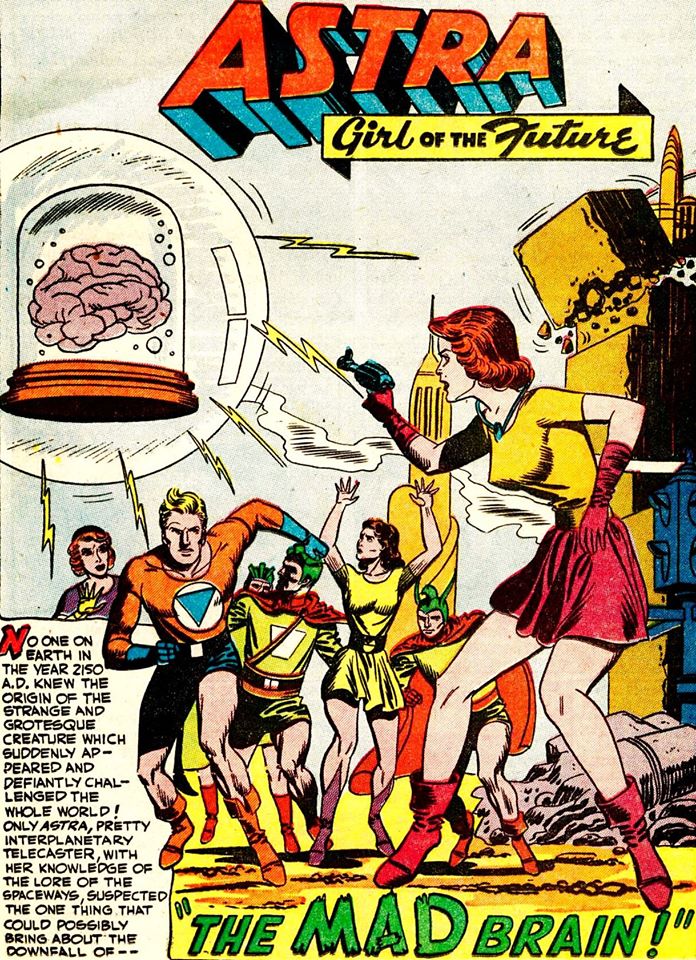 My original tumblr post was here. This comics page was originally posted on Tumblr by Vintage Geek Culture who attributes it to Gil Kane. A minor mystery hovers around this comic, as the the Grand Comics Database does appear to have an entry for Astra: Girl of the Future, however there it is listed as a Tijuana bible. This particular page doesn’t betray any of that; the subject matter is too standard and the production values to high. It seems likely that the GCD entry is a parody of a real comic. A bit more searching, however, does turn up the story “The Mad Brain” with an Astra character in Sensation Comics #106 (1942). 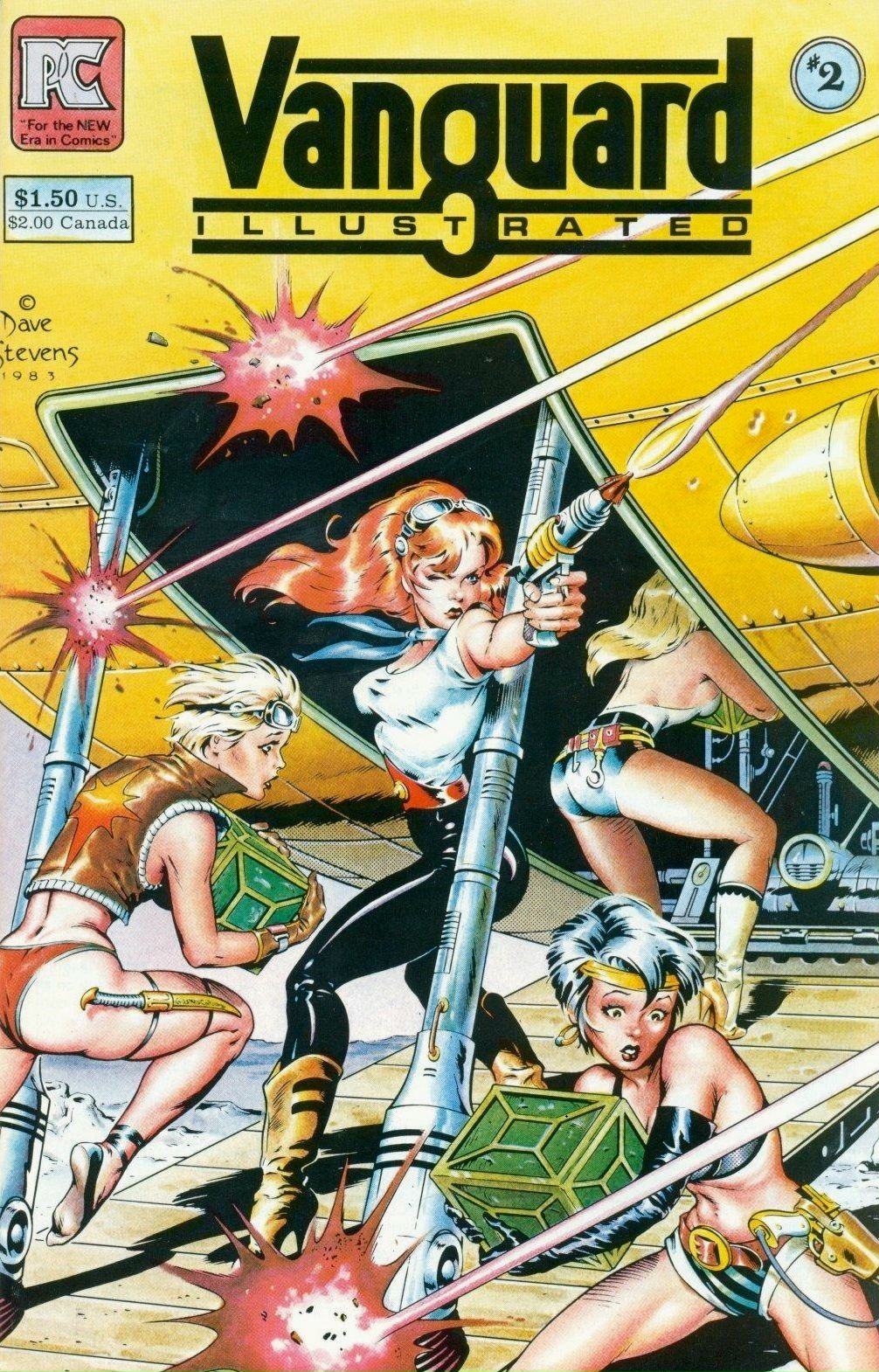 My original tumblr post was here. This is Issue #2 of Vanguard Illustrated, a 1983 Pacific Comics series. Its Grand Comics Database entry is here. The image was first posted on Tumblr by ComicsOdissey. 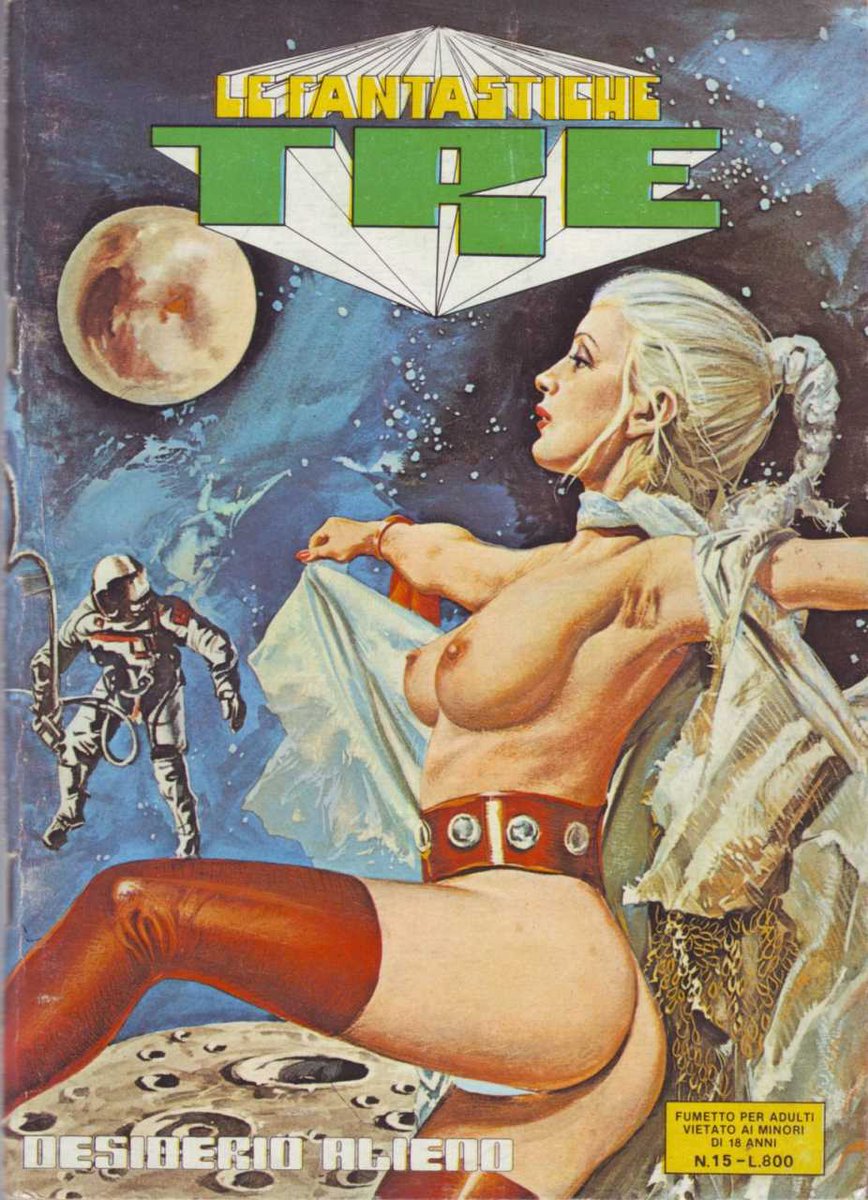 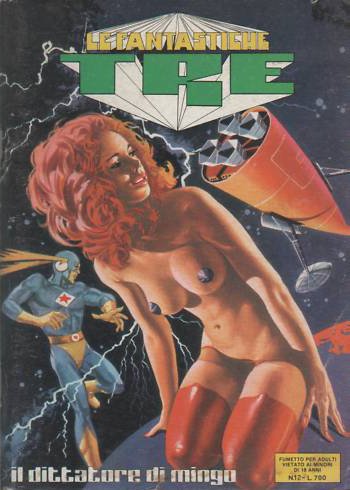 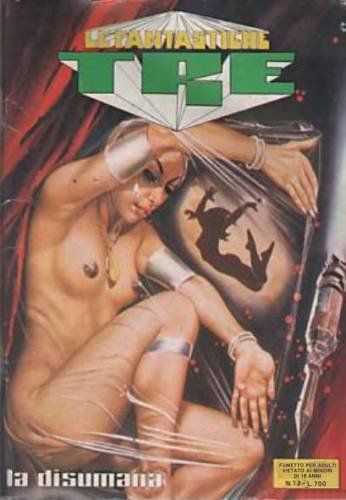 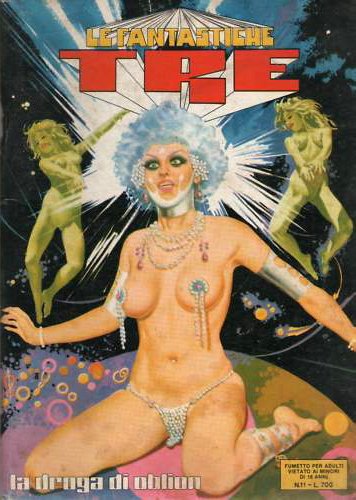 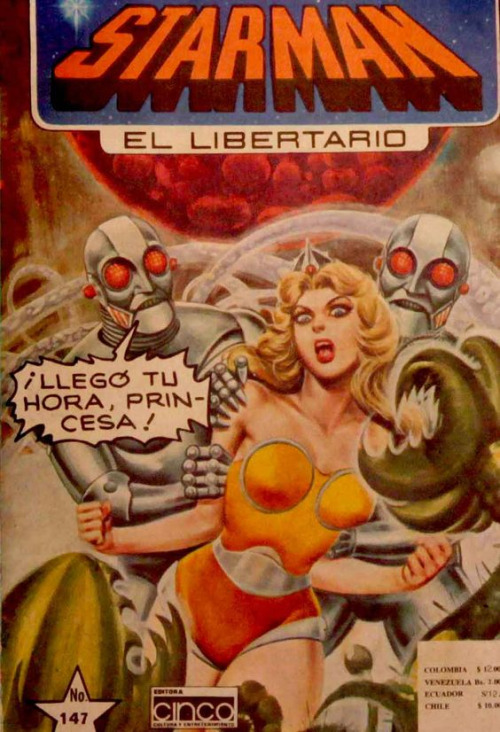 My original tumblr post was here. This is the cover for issue #147 of Starman a Mexican comic book series that ran between 1978 and 1982 (?). Our endangered heroine looks a bit like a pulp-comic version of Princess Peach, although since the latter didn’t appear until 1985, probably isn’t. The image was first posted on Tumblr by Good Girl Art and comes to us via inkycurves. 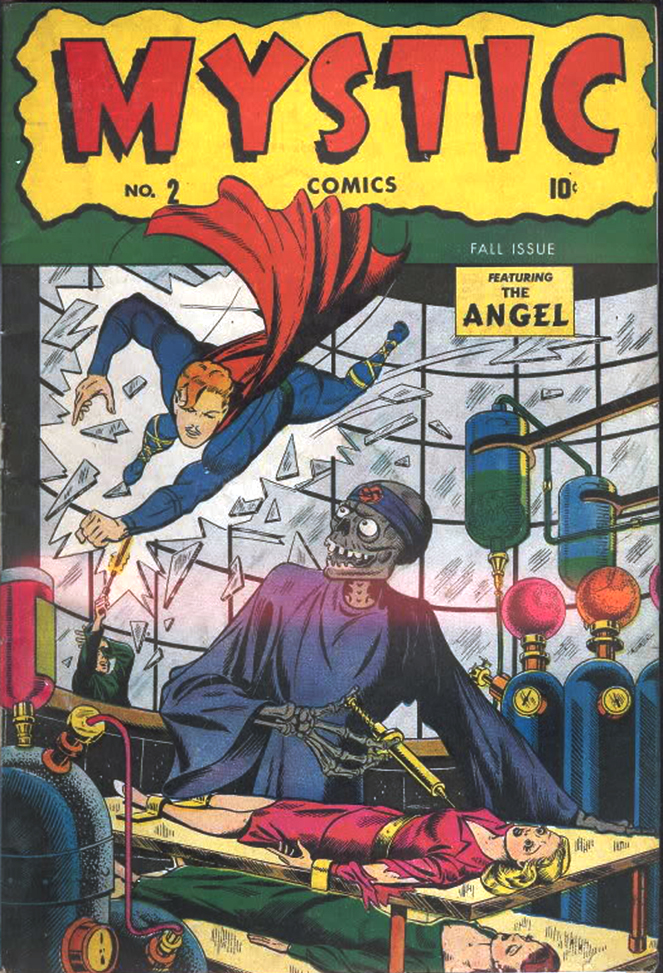 My original tumblr post was here. This is the Fall 1944 issue of Mystic Comics. The Grand Comics Database entry for the series is here. It was first posted on Tumblr by Damsel Lover. 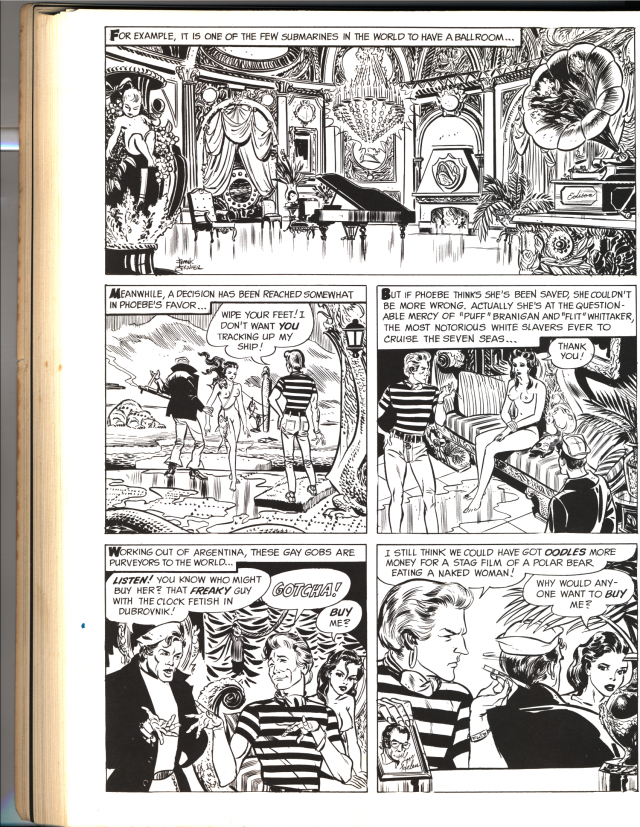 My original tumblr post was here. I posted this image with the explanatory text “A page from The Adventures of Phoebe Zeit-Geist, written by Michael O’Donoghue and illustrated by Frank Springer. Phoebe’s in trouble, as always.” 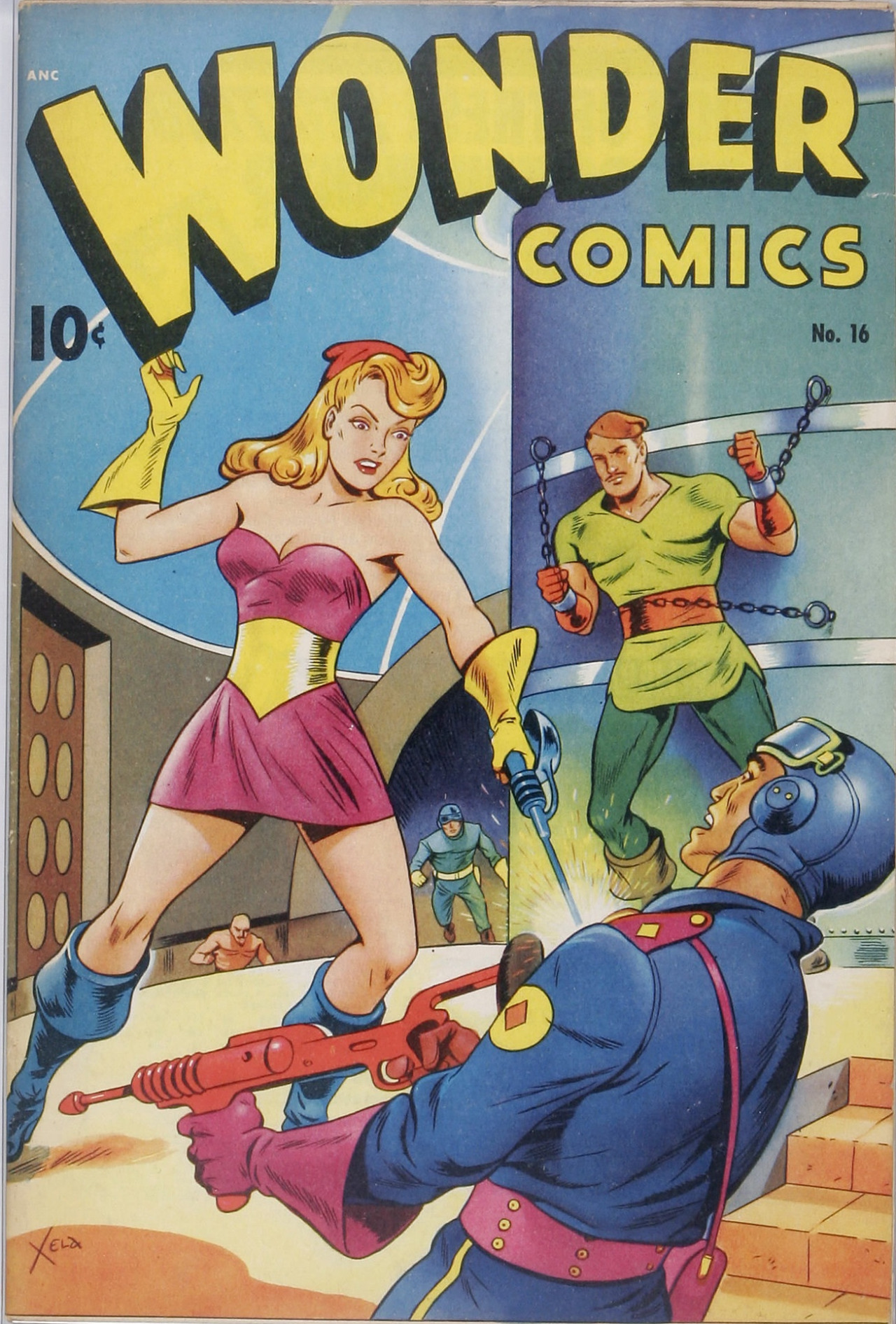 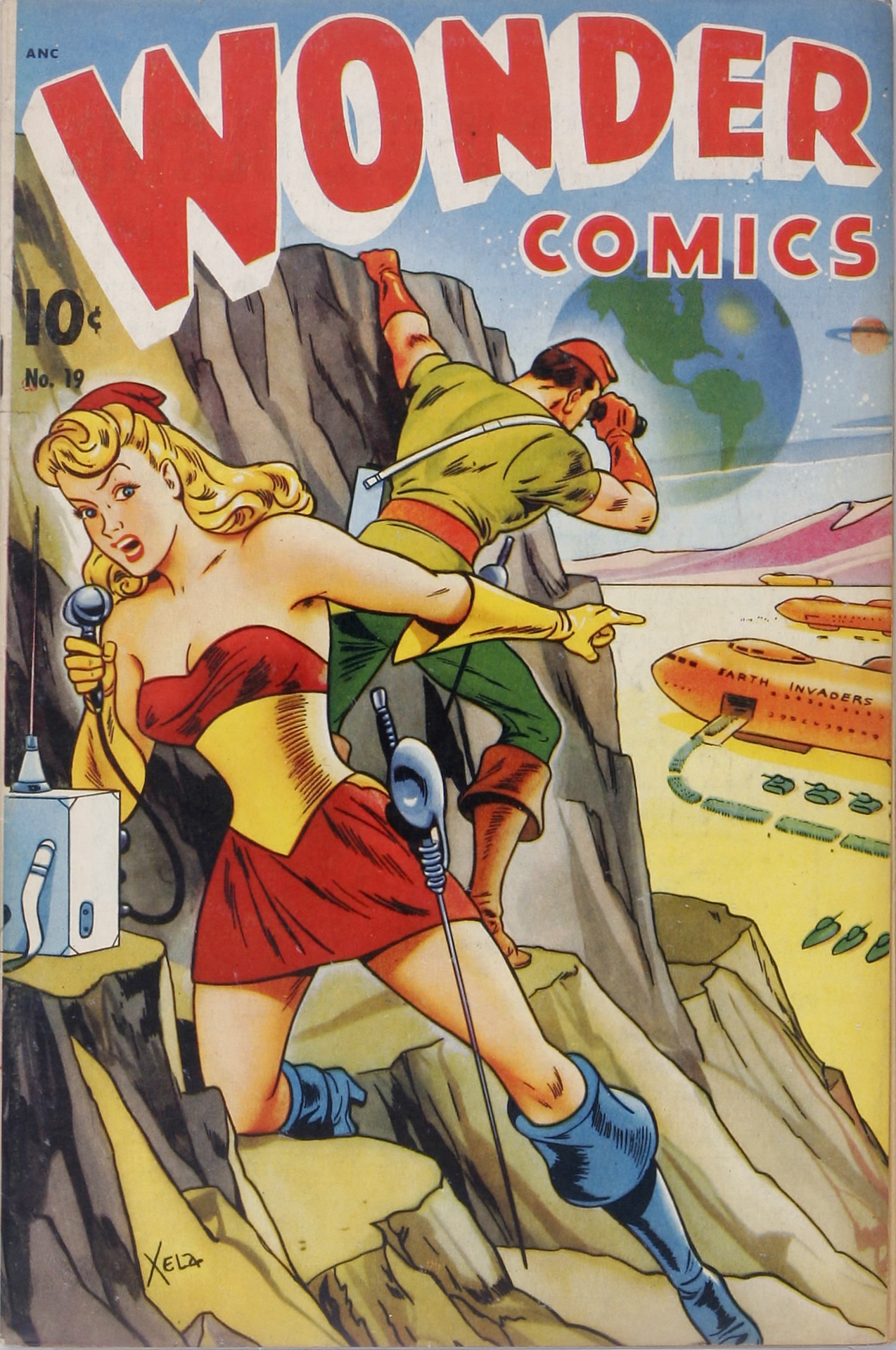 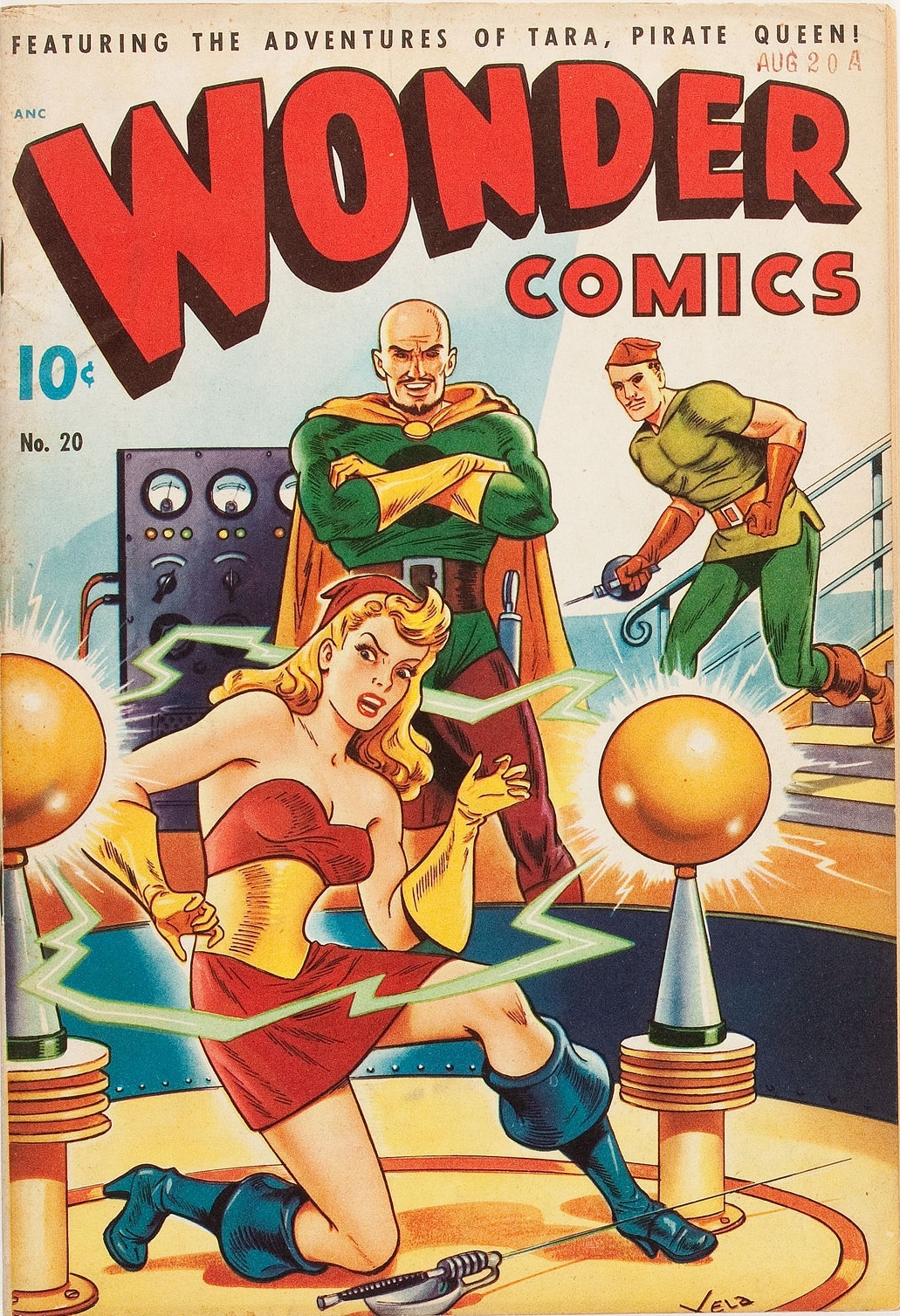 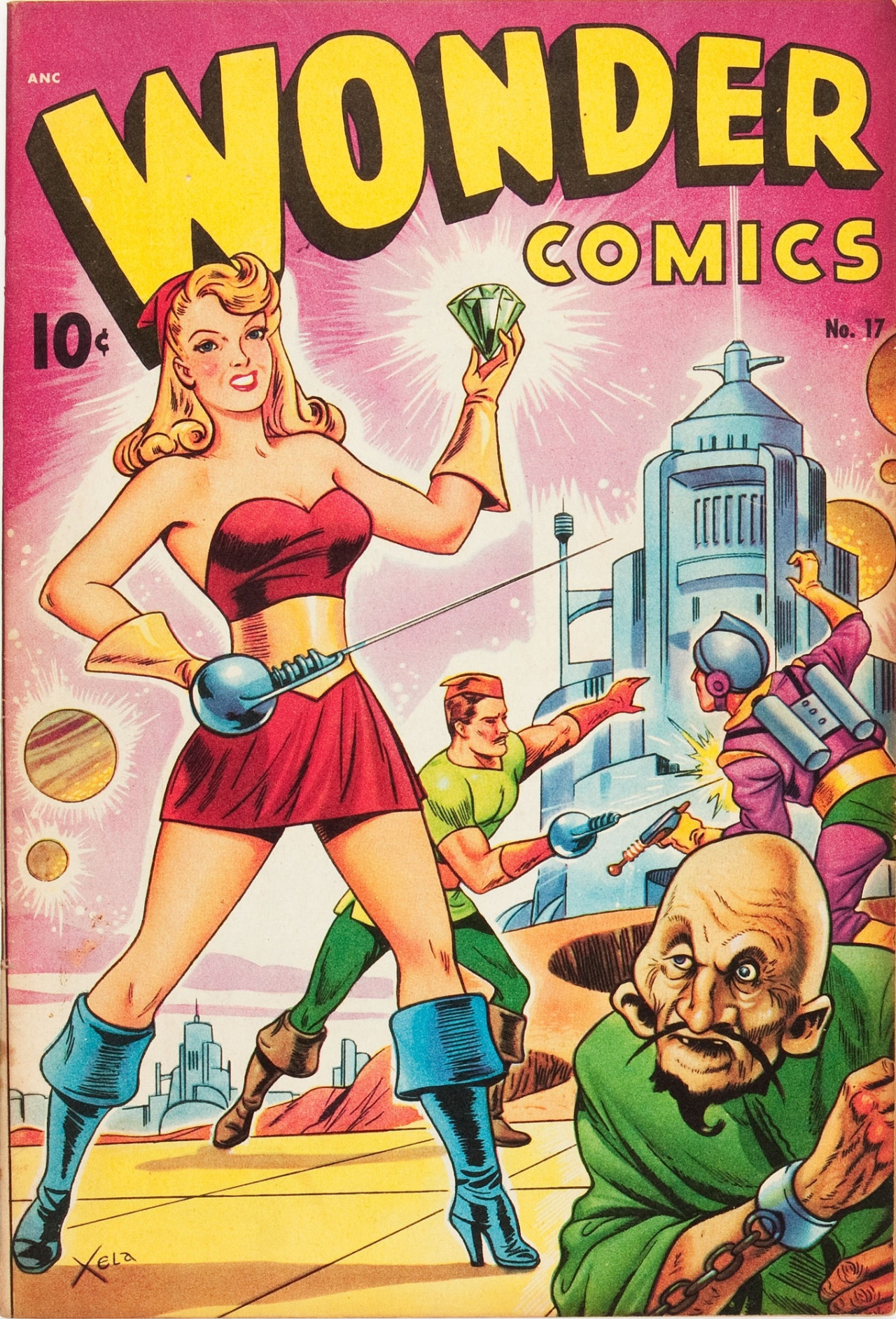 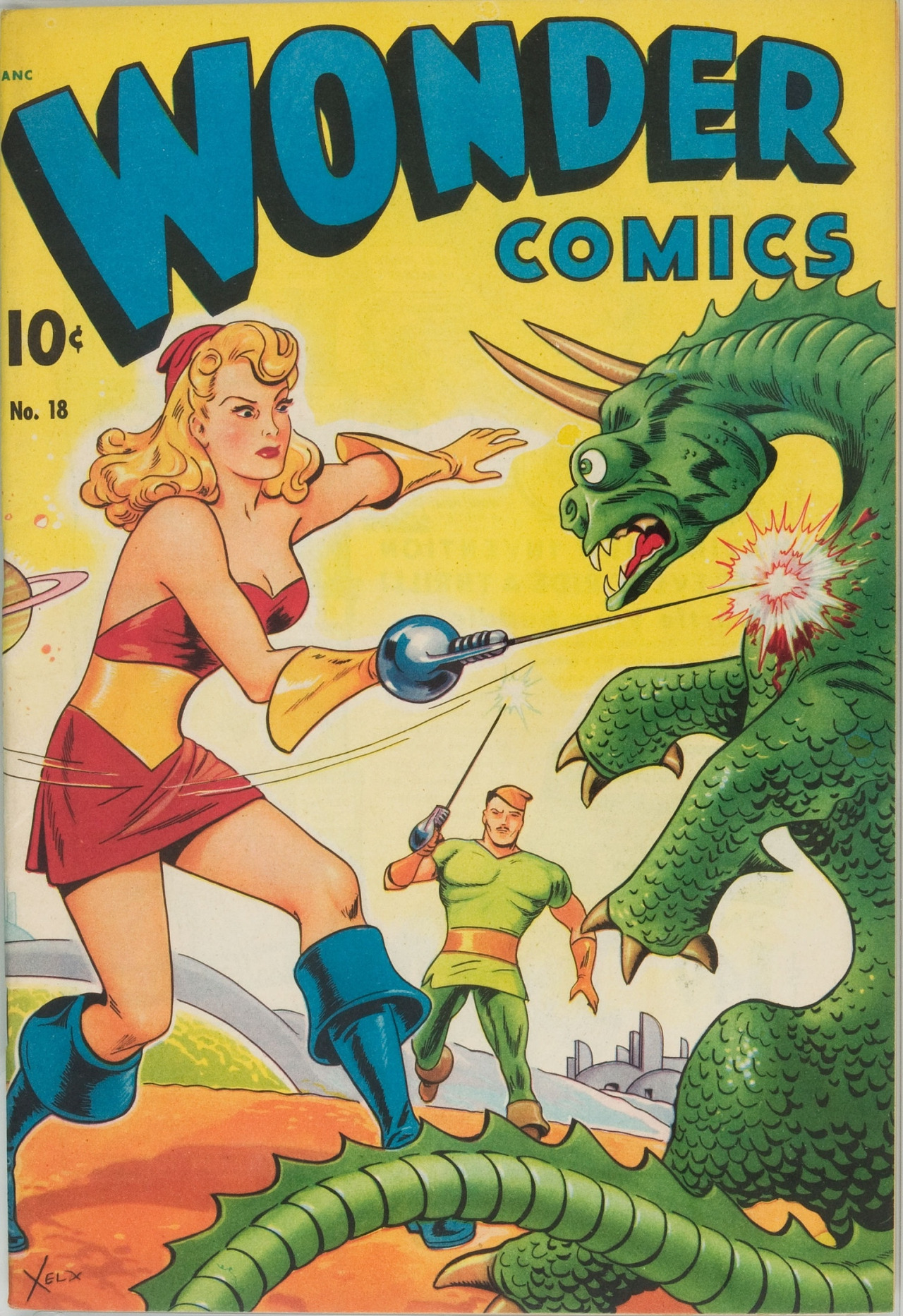 My original tumblr post was here. These are five covers of The Adventures Of Tara, Pirate Queen. You can find an article on Tara and her adventures with pages from the original comic at Femmes Fantastiques. The covers were originally posted by Not Pulp Covers and come to us via Erotiterrorism Cell 69. 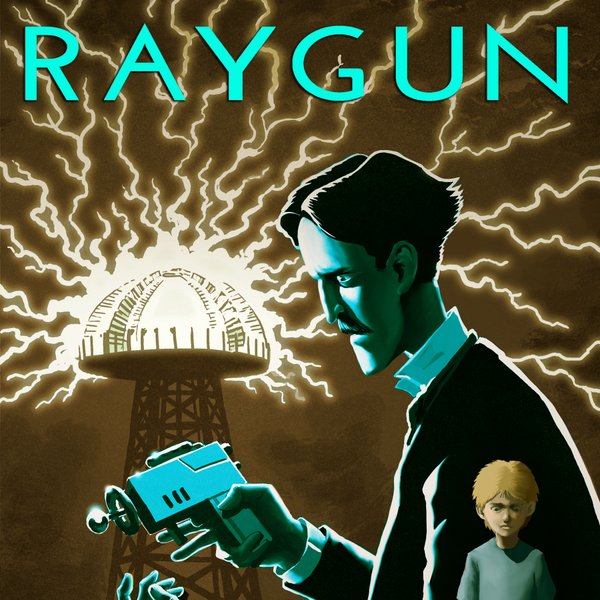 My original tumblr post was here. I found this illustration on twitter with the explanatory text ““RAYGUN A young boy finds Nikola Tesla’s death ray and changes the world forever.” The Comixology page for the comic is here.