The art budget for Thrilling Wonder Stories had obviously swelled considerably in the post-war era, and the consequences thereof can be seen right on this cover painted by Earle Bergey. There was substantial interior art as well, such as these two fine pieces by Virgil Finlay for “The Moon that Vanished” by the Queen of Space Opera, Leigh Brackett (1915-1978). There is this:

This issue of Thrilling Wonder Stories is available to read and download at the Internet Archive. 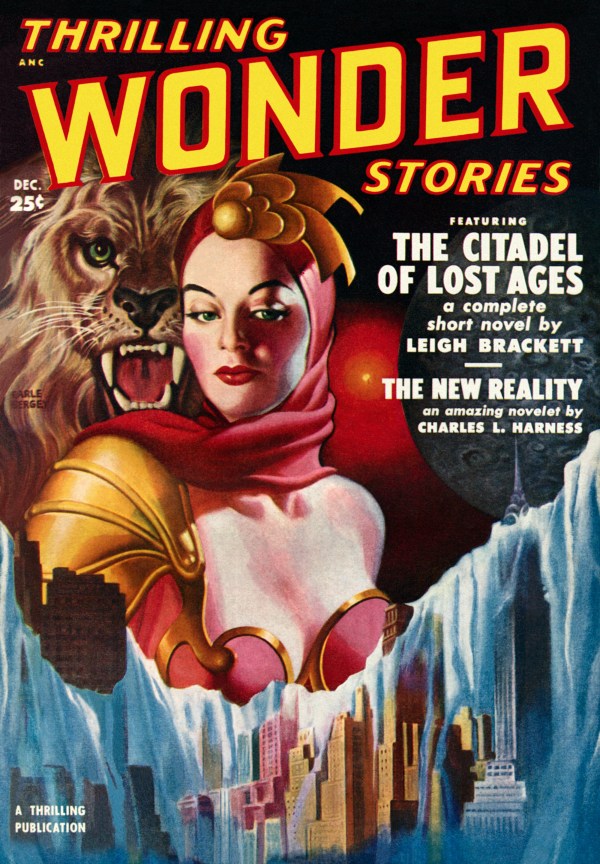 This is Thrilling Wonder Stories for December 1950, and none of my usually reliable sources can tell me who painted this strange cover. The ISFDB entry for the issue is here. I found this version of the cover at Pulp Covers, where the curators also provide some nice interior art. There is this drawing by Paul Orban illustrating Leigh Brackett’s story “Citadel of the Lost Ages.” 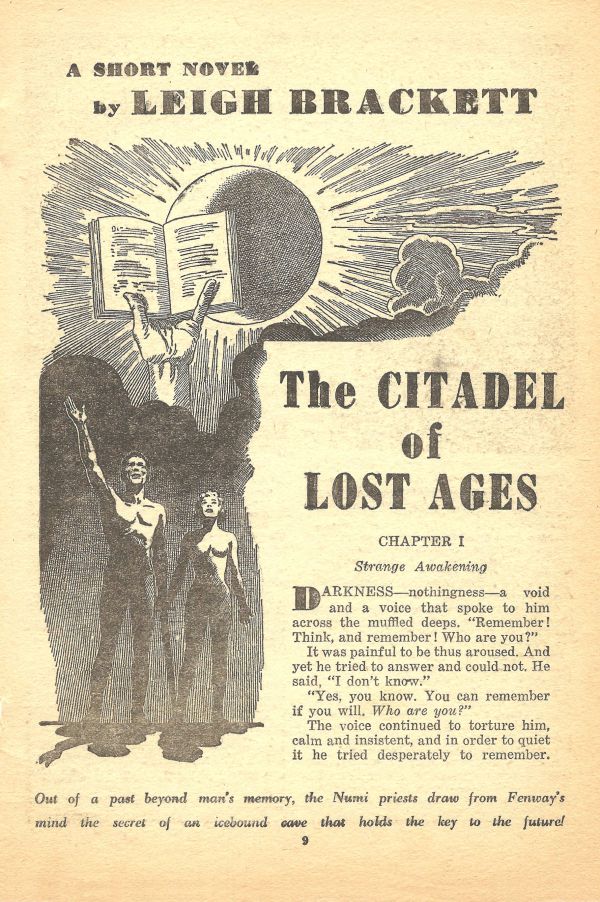 And this by Vincent Napoli illustrating Frank Belknap Long, Jr.’s “If You Don’t Watch Out.” 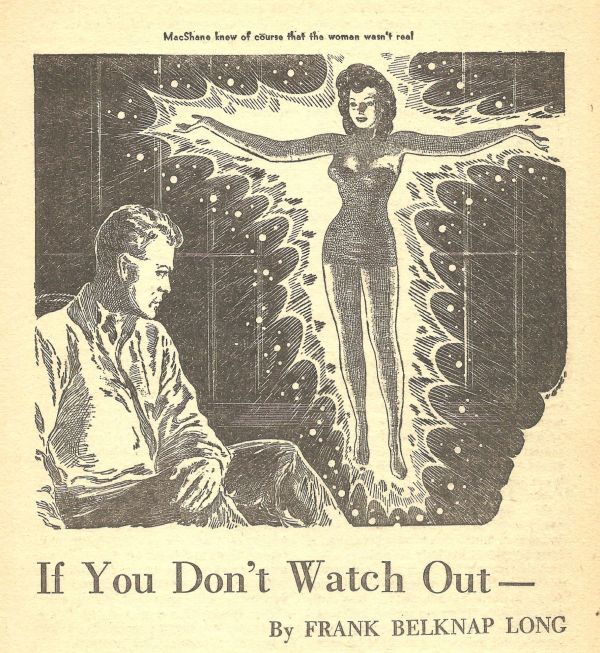 You can download and read the entire issue from the Internet Archive. 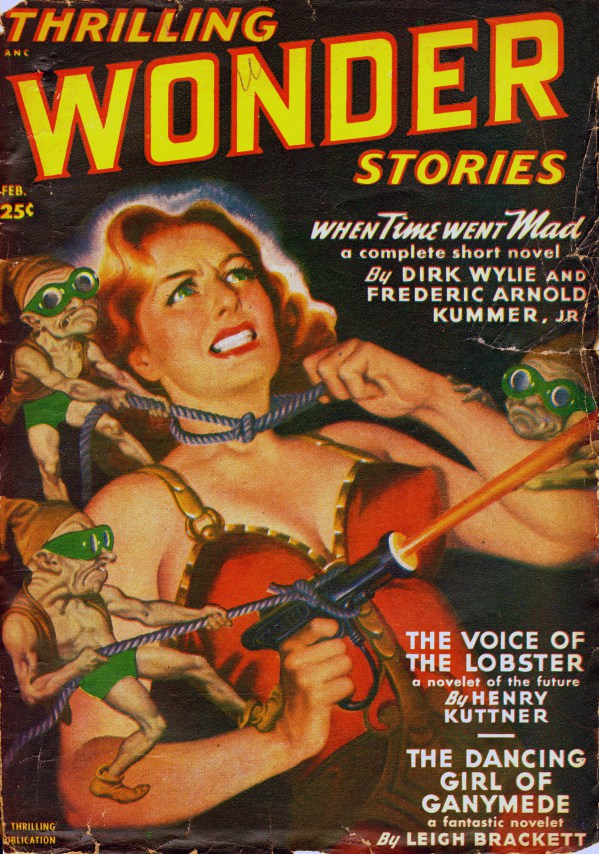 This is Thrilling Wonder Stories for February 1950, cover by Earle Bergey. The ISFDB entry for this issue is here. I found this version of the cover at Pulp Covers. The cover preserved at the Internet Archive has somewhat less vivid color by less wear: 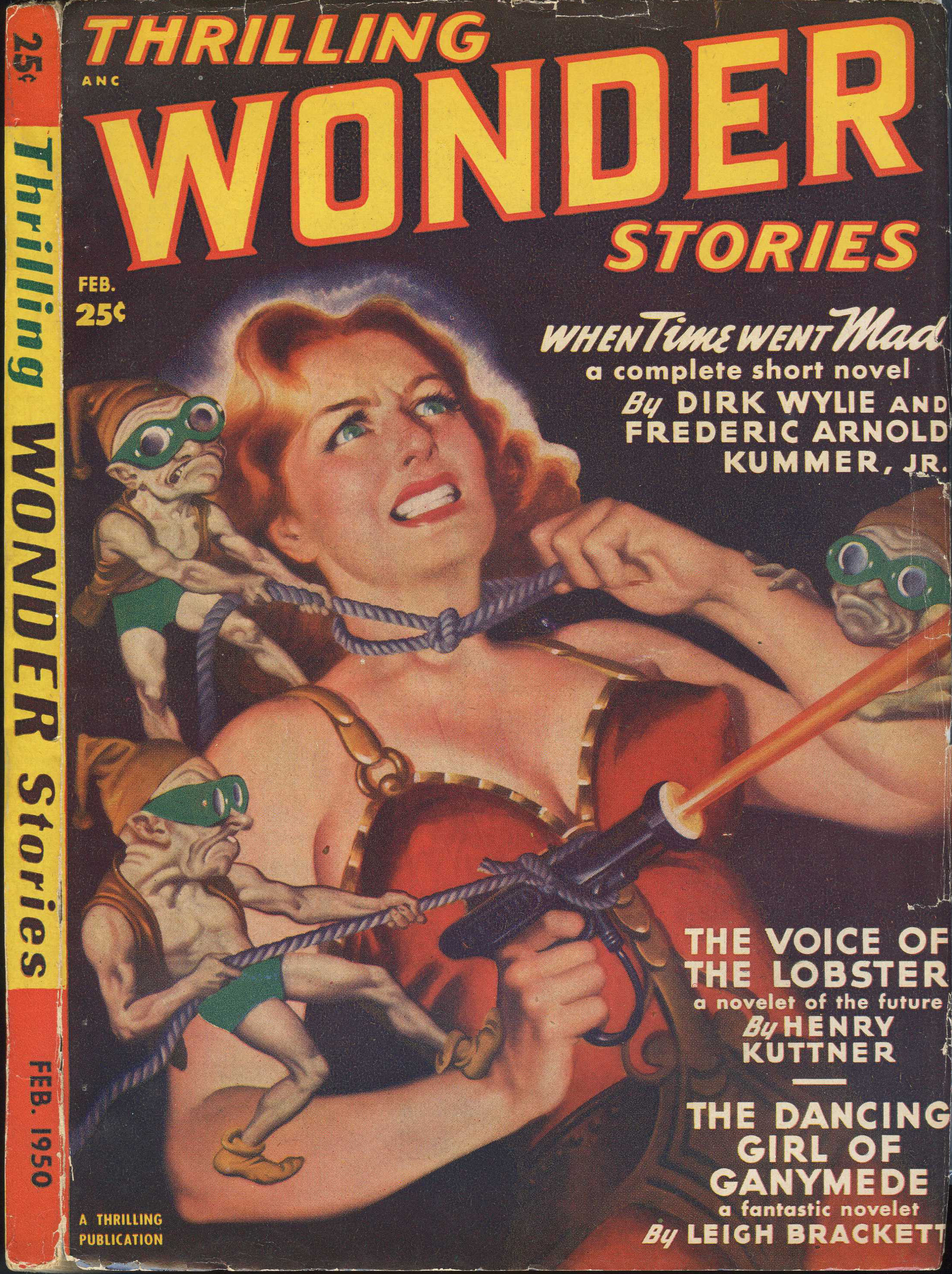 In addition to this rather dramatic Earle Bergey cover, there is a fetching Virgil Finlay illustration to Leigh Brackett’s story “The Dancing Girl of Ganymede.” 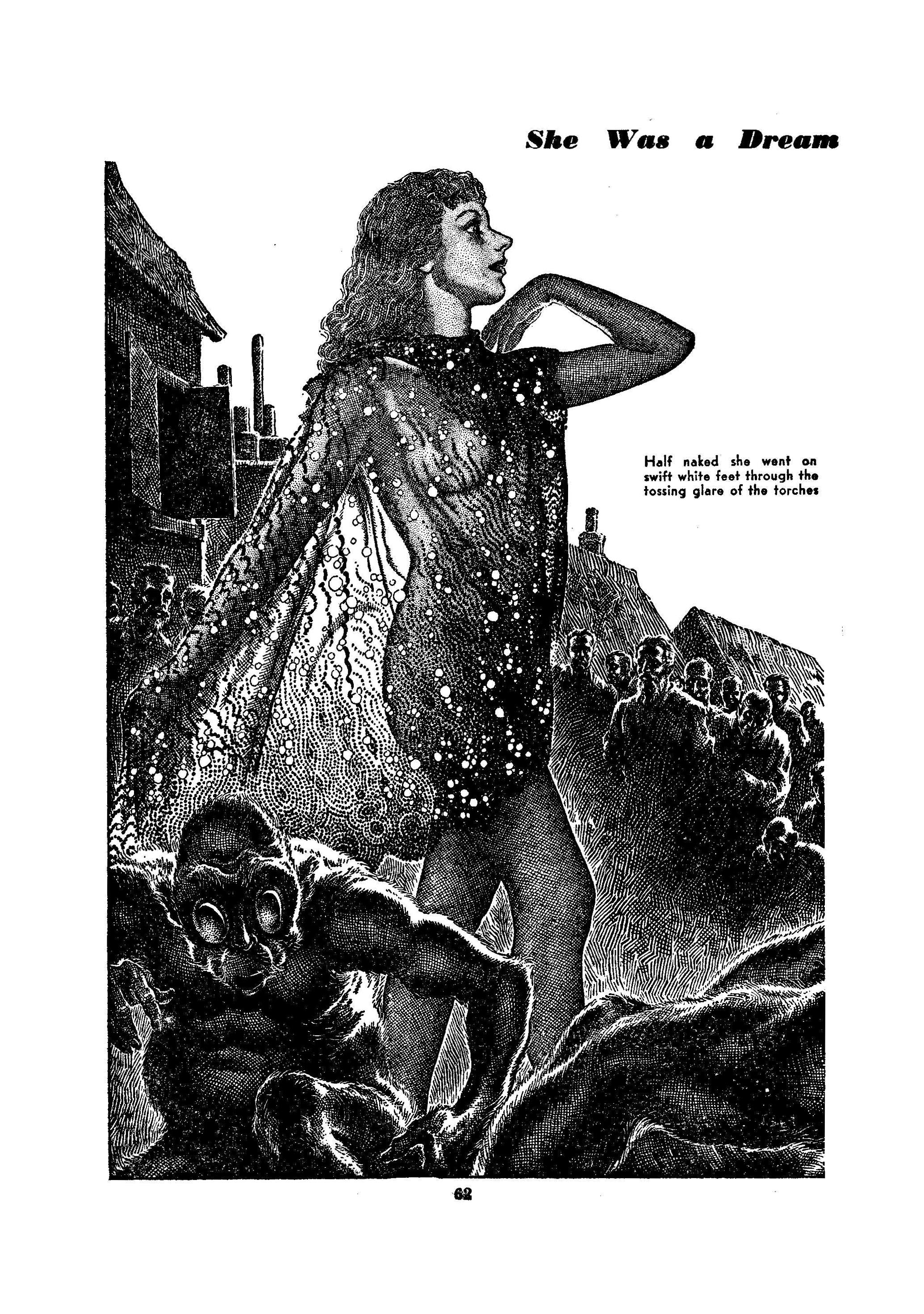 Leigh Brackett (1915-1978) was a rare example of a woman writing in the pulp science fiction genre. She would survive the pulp era long enough to get a screenwriting credit on The Empire Strikes Back.

You can read and downland this entire issue at The Internet Archive.