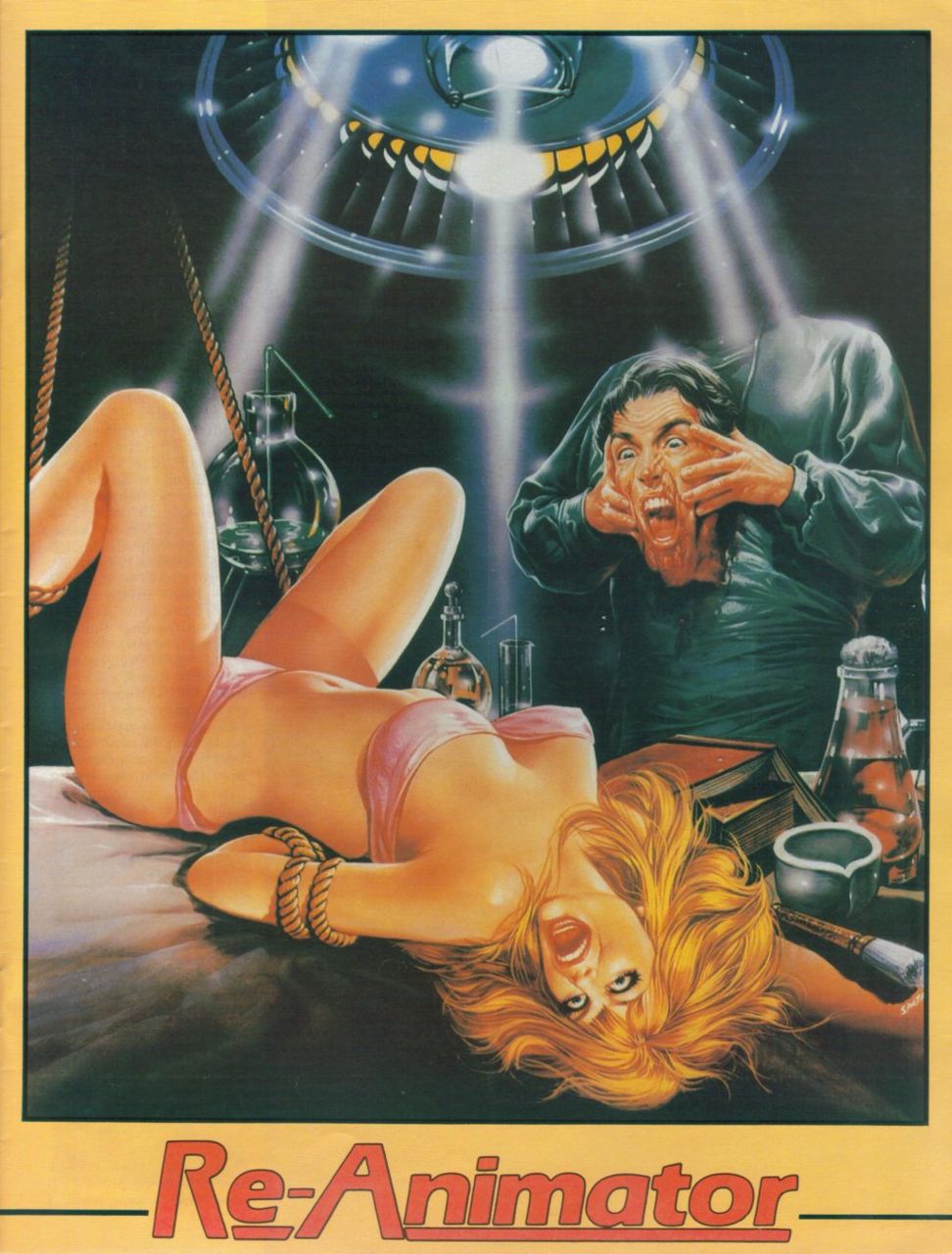 My original tumblr post was here. This image was originally posted on tumblr by feedtheflies and comes to us via reginaldjuice. Unfortunately I have been unable to find a deeper provenance for it. 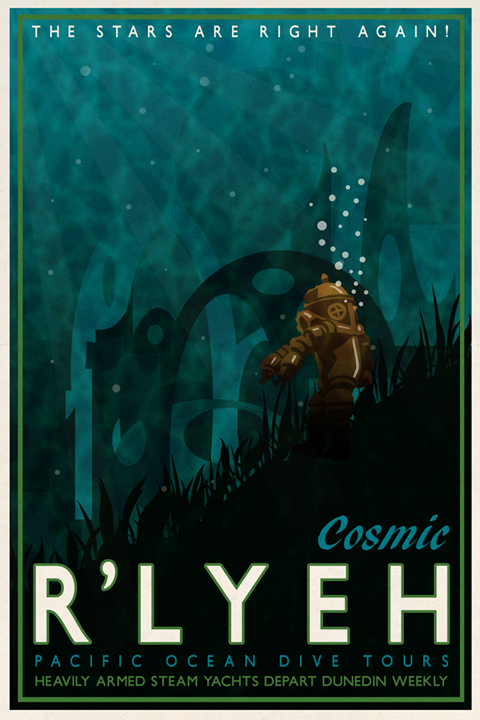 My original tumblr post was here. This illustration is Cosmic R’lyeh by DrFaustusAU (no relation [that I know of]). It contains the text “The stars are right again! Cosmic R’lyeh, Pacific Ocean dive tours. Heavily armed steam yachts depart Dunedin weekly.” It was originally posted on tumblr at cthulhu-hand-luke and comes to us via notpulpcovers. 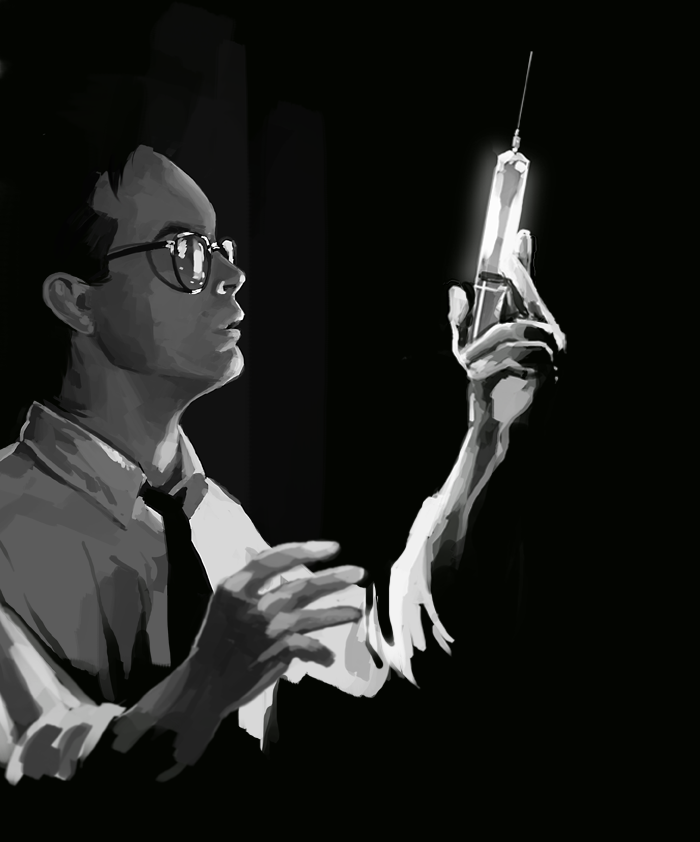 My original tumblr post here. This image was researched by Bacchus at ErosBlog as part of the “Δ commission.” The research was originally published at Hedonix as “Δ 024 – This Won’t Hurt Much.” Here is what Bacchus found.

Q [from Faustus]: Almost certainly young Dr. Herbert West, but who drew it?

A [from Bacchus]: The earliest source in this image’s current Tumblr chain of provenances is this post at Uncanny And Slightly Spooky. The tags found there include #herbert west, #re-animator, and #jeffrey combs, confirming that this is indeed an image of Dr. Herbert West, the character played by Jeffrey Combs in the 1985 sci-fi horror comedy Re-Animator. According to Wikipedia, Re-Animator was a film adaptation of a 1922 H.P. Lovecraft short story called Herbert West — Reanimator.

Although the artwork as found at Uncanny And Slightly Spooky appears unsigned, additional tags at that source include #i recently discovered jeffrey combs films, #and now i’m completely hooked, #expect lots of nerdy horror boy fanart in the near future, and #fanart. Taken together, these tags strongly suggest that the artist is the operator of that Tumblr blog. A quick look starting at the front page currently shows additional work in the same style with tags that are clearly by the artist.

The Tumblr itself offers just a few clues to the artist’s identity, but they are sufficient. The url prefix is “eckses” and a theme element says “Maltese. Does art stuff.” There’s a DeviantArt artist called eckses whose art appears similar and whose profile identifies him as from Malta. It appears near-certain that “eckses” is the artist who created this image. 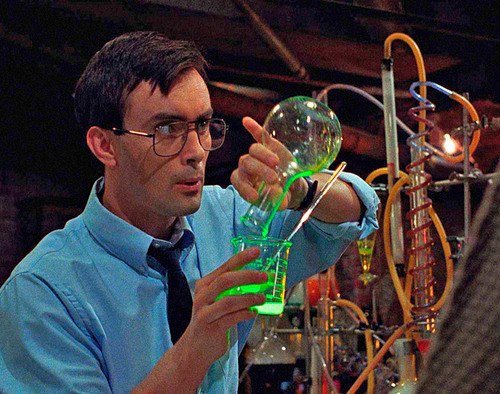 Sourced to Mothership via girlveal. 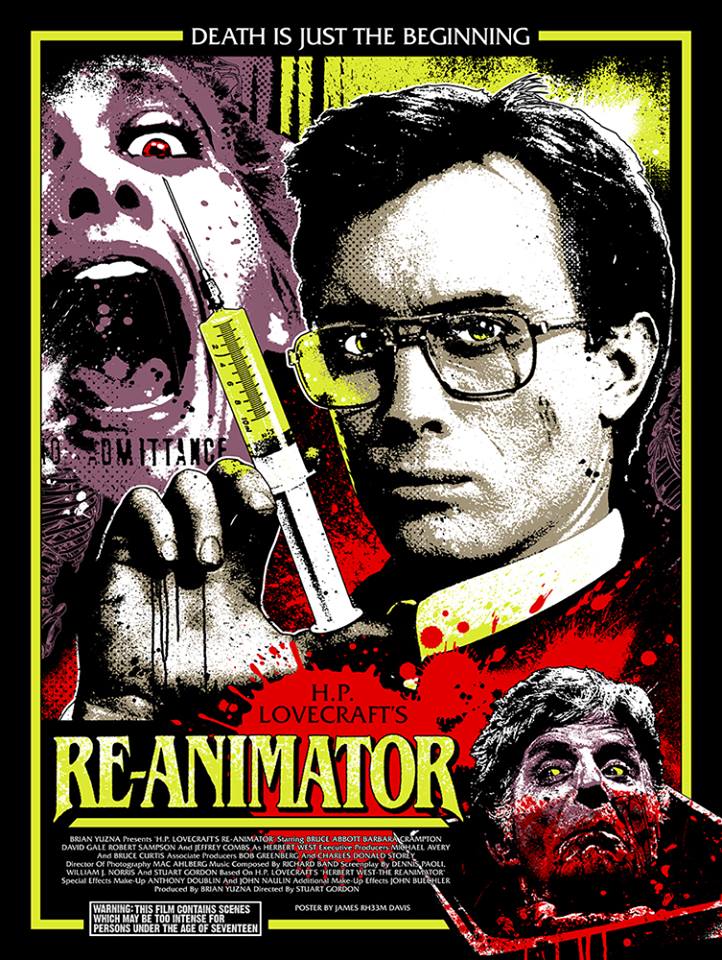 Sourced to In Beauty, Like the Night via here. 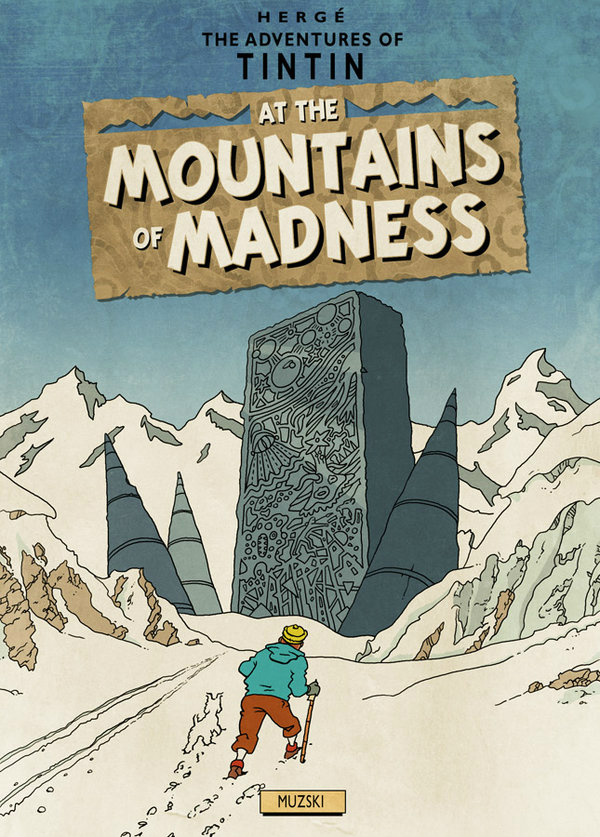 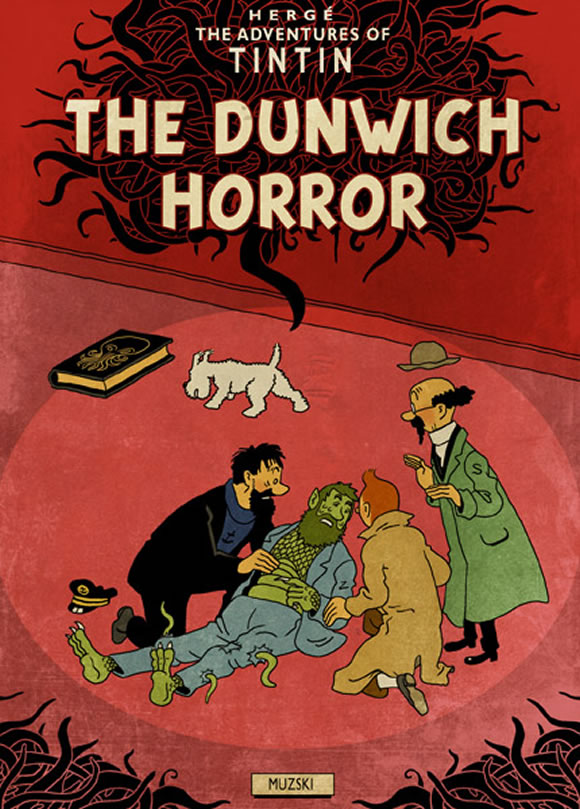 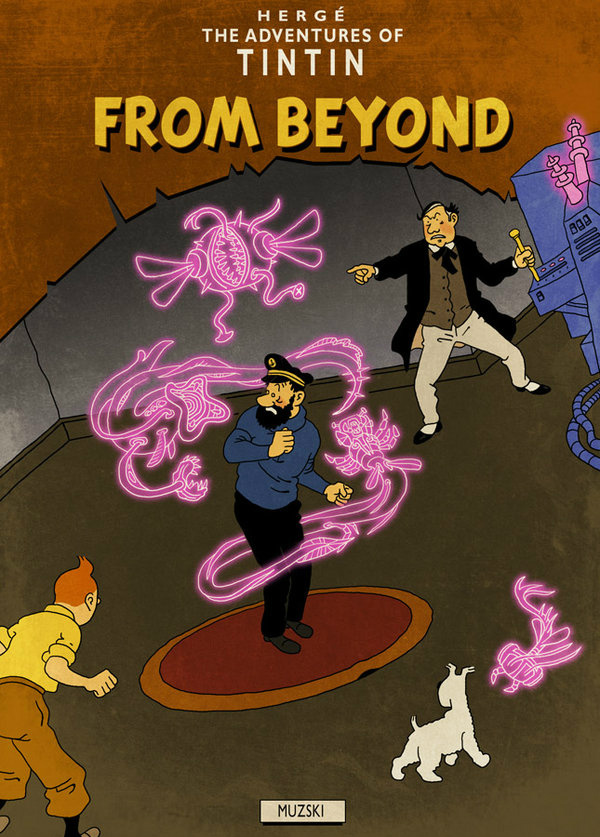 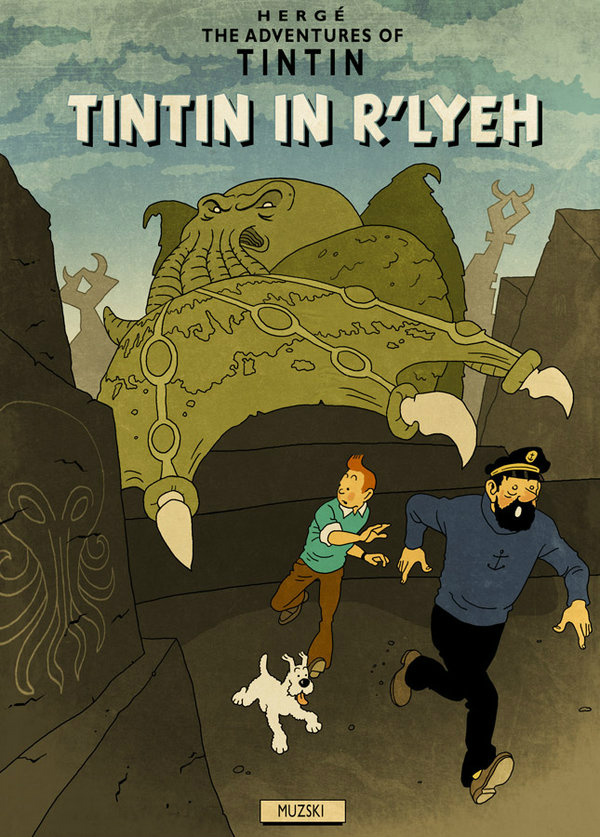 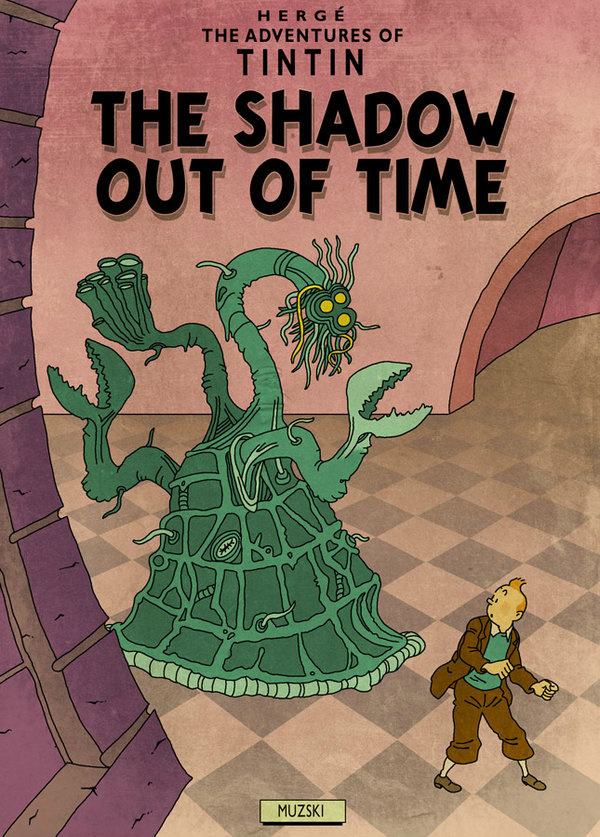