A mad scientist named Dr. Breedlove is conducting experiments on young women in his castle.  The purpose of the experiments is unclear, but has something to do with “perfecting” the young women, who don’t seem to be in much need of perfecting if you ask me, but maybe I’m just not insane enough.  In any event, a very dim alien named Sterilox teleports into Breedlove’s mad-lab with the aim of bringing back with him a “perfect specimen,” for purposes of…manual labor on his homeworld (told you he was dim).  Mostly the movie is, like most nudie-cuties, an excuse for its comely female cast members to wiggle around fetchingly wearing as little as the law and custom of the time would allow.

Still, there is some appeal to the mad-science setting does carry some appeal.  Breedlove has built as sex machine (of course) of which his assistant Kissme is rather fond.   Here, Breedlove admonishes her never to use the sex machine when he is not around:  “You’re going to sex yourself out of the world, one of these days.” 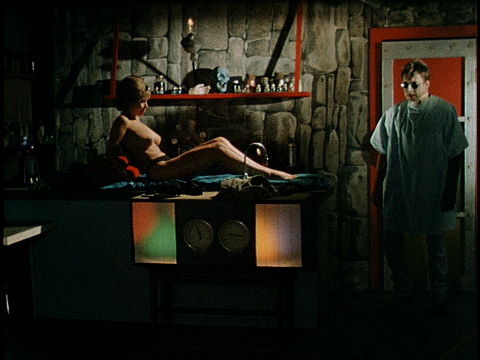 Personally I think this might have been a much more interesting movie had Kissme gone ahead and done exactly that, but I wasn’t around in 1964 to be asked about it.

Aside from pretty girls and lab equipment, there are always Breedlove’s lunatic pronouncements to help carry us through the movie.  A personal favorite:  “Don’t be alarmed girls.  I had you forcefully [sic] abducted and brought here to my castle for your own good.  You’ll see.  Just just continue to do as I’ll say, and I’ll make you like you always dreamed you would be made.” 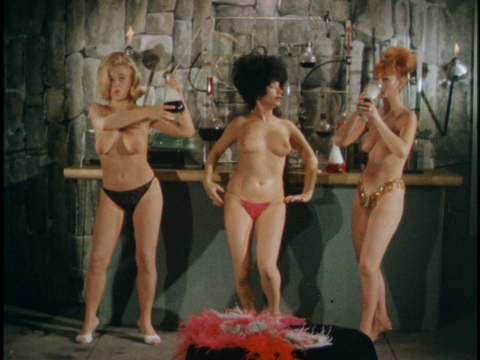 So not a complete waste of time for the thaumatophile.  There’s even now a DVD from Something Weird Video in which you can hear commentary from Harry Novak himself.